HomeNewsWant to buy the next Mac Pro? There’s yet more bad news
News

Want to buy the next Mac Pro? There’s yet more bad news 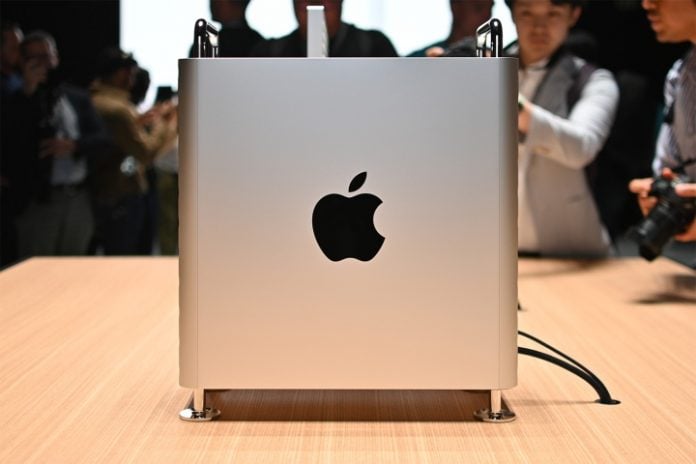 Apple’s upcoming Mac Pro risks becoming a lame duck before it’s even been released. That’s because a recent report has heaped more bad news onto a product that has already had its fair share of disappointment. If it turns out to be correct, the 2023 Mac Pro could be one to skip for pro users.

This news comes from reporter Mark Gurman, who is usually pretty spot on with his Apple predictions. In his latest Power On newsletter, Gurman alleges the next Mac Pro will use the same design as the existing model, frustrating anyone who was hoping for a new look for the super-powerful computer.

That might not be a disaster, since the existing design is already extremely heat efficient and certainly cuts a striking shape. But what will likely be more disappointing to users considering the new Mac Pro is that Gurman believes it will ditch upgradeable memory, meaning you’ll be stuck with whatever you select at the checkout.

That undermines a key selling point of the Mac Pro: modularity. With the 2019 Mac Pro, Apple seemed to understand that its target audience, after spending a small fortune on the device, would want to upgrade its internal components as their workloads changed. Now, there will be one less way to do that.

In fact, giving up on upgradeable memory brings the Mac Pro much closer to the Mac Studio, which lacks any modular components at all, and means one less reason to opt for Apple’s most expensive Mac.

That’s compounded by another recent Mac Pro revelation, also shared by Gurman, that the next Mac Pro will top out with a 24-core M2 Ultra chip. Previously, Gurman had predicted the Mac Pro could be configured to come with a super-powerful M2 Extreme chip with double the cores of the M2 Ultra. But that’s now been abandoned, potentially leaving the Mac Pro with the same chip as the next Mac Studio.

Considering the Mac Pro starts at $5,999 and the Mac Studio’s pricing begins at $1,999, it could be hard for Apple to convince people to buy the much more expensive computer if it doesn’t offer any more CPU power. Gurman says the next Mac Pro should feature slots for extra SSDs, graphics, networking and media cards, but that might not cut it for many people.

An update on the first Apple Silicon Mac Pro: In addition to canceling a high-end M2 Extreme configuration, the machine will look identical to the 2019 Intel model but will lack user-upgradeable RAM. https://t.co/WsByewy7hm

This overlap also seems to suggest Apple is having trouble working out what to do with its high-end Macs, and it’s something we’ve seen before. After all, the iMac Pro was seemingly canceled because it couldn’t carve out a niche for itself distinct from Apple’s other Macs. Now, both the Mac Pro and the Mac Studio are at risk of suffering the same uncertain fate.

Adding to the confusion, Gurman says a new iMac Pro is still in the works, which will add yet another Mac to Apple’s pro-level roster. According to Gurman, the iMac Pro won’t come out until late 2023 or 2024, so that at least gives Apple a little bit of time to get its house in order.

Pro users will be hoping Apple can sort out its high-end offerings soon. Because right now, the picture is pretty confusing — and the Mac Pro looks nowhere near as appetizing as it once did.