This $30,000 computer’s source code has just been released for free 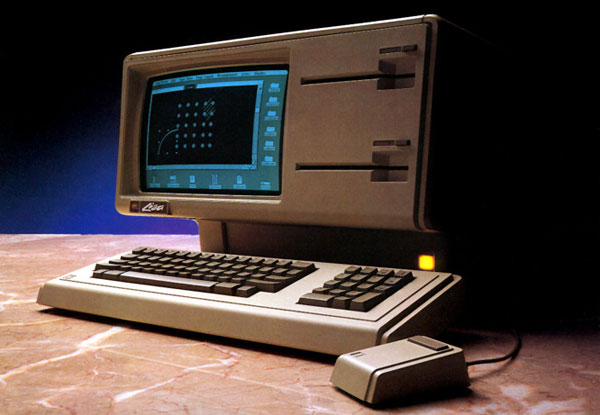 Apple computers have a reputation for being expensive, but even the most decked-out MacBook Pro has got nothing on the Apple Lisa desktop, which has just turned 40 years old. If you wanted a Lisa back in 1983, it would set you back a cool $9,995 — roughly $30,000 today.

To mark the computer’s 40th anniversary, the Computer History Museum (CHM) is releasing its source code for free. The move comes as part of the organization’s Art of Code series, which is aimed at preserving code from important milestones in the history of computing.

The CHM is also hosting a 40th birthday celebration for the Lisa at 7 p.m. PT on Tuesday, January 31. The event will feature former Apple engineers talking about their time working on the Lisa project, as well as a demonstration of a working Apple Lisa.

Speaking of the source code release, Hansen Hsu, Curator of the Software History Center at the Computer History Museum, said, “The release of the Apple Lisa was a key turning point for the history of personal computers. Without the Lisa, today’s computers might not use mouse-driven GUIs, and perhaps the Macintosh, and even Microsoft Windows, might not exist either.”

It’s certainly true that the Apple Lisa pioneered a bunch of features we take for granted today. One of its biggest selling points was its graphical user interface (GUI), which used icons and windows to let people visually interact with their computers. This came at a time when almost every other computer relied on an opaque text-based command line that was impenetrable to all but the savviest tech wizards.

Thanks to another innovation — the humble mouse — you could move a pointer around the screen and open apps, move windows, and manipulate text. Apple didn’t invent these ideas, but it was one of the first companies to take a punt on them and introduce them to a wider audience.

The problem, though, was that eye-watering price. Charging $10,000 meant the Lisa was aimed at businesses rather than homes, but its hardware quirks and lack of software limited its appeal even further. Just a year later, Apple launched the Macintosh — the first Mac — which contained many of the Lisa’s greatest hits for a much lower price.

While it may have been a commercial failure, the Lisa showed that concepts like the mouse and the GUI were great ideas worth pursuing — ideas that inspired its rivals and got the ball rolling on what would become the home computing revolution.

If you want to see what made the Lisa tick under the hood and catch a glimpse of its intricate source code, the announcement from the CHM will be of interest. Even if you’re not swayed by the source code, it’s worth checking out the birthday celebration to learn how Apple’s expensive failure altered the course of computing.