Nvidia RTX 4070 Ti review: not the GPU you’re looking for 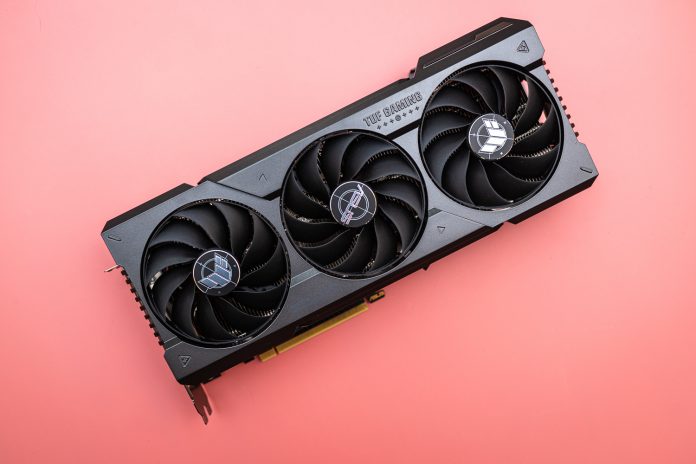 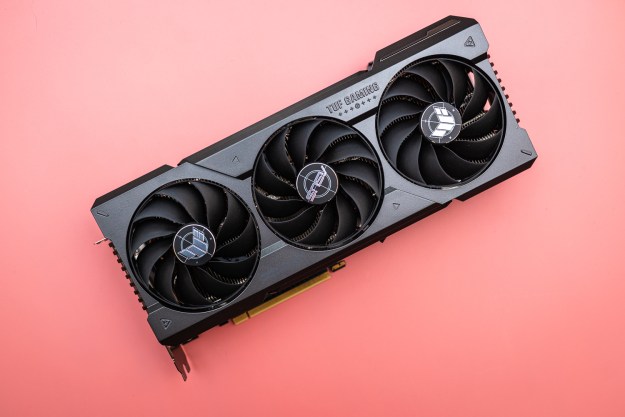 “Better name and a better price, but the RTX 4070 Ti still fails to impress.”

Nvidia is making a price adjustment to match, knocking $100 off the announced list price of $900. However, early pre-orders show that the card likely won’t sell for that price, and the performance isn’t worthy of sitting alongside the best graphics cards. There are bright notes, such as DLSS 3 and excellent thermal management, but the RTX 4070 Ti suffers from high pricing and trailing raw performance.

The RTX 4070 Ti spec sheet confirms what most of the PC hardware world has suspected for a long time; it’s a rebranded version of Nvidia’s ill-fated RTX 4080 12GB. The specs line up, and the naming is in-check too. On top of that, Nvidia cut the card down to a more fitting $800 list price.

Power also takes a dive to a manageable 285 watts, which is a far cry from the TGP of the RTX 4090 at 450W. As Nvidia’s released Ada Lovelace GPUs have shown, though, the listed power draw is far from what you’ll typically see. These cards are efficient, so they generally operate below maximum power, even in highly demanding games.

The 12GB of GDDR6X is squeezed through a 192-bit bus, vastly lowering the total memory bandwidth.

The RTX 4070 Ti now has a more fitting name and a more fitting price. It’s still $200 more expensive than the RTX 3070 Ti, but that’s far from the massive $500 upcharge of the RTX 4080. My only concern is the memory specification.

It comes with 12GB of GDDR6X memory, but that’s squeezed through a 192-bit bus, vastly lowering the total memory bandwidth. That’s a problem the RTX 3060 from the previous generation experienced, though with slower GDDR6 memory.

That’s mighty impressive considering the selling price of the RTX 3090 right now. If there are cards available at the list price of $800 on release day, the RTX 4070 Ti destroys the value of last-gen options. The comparison with current-gen cards is different, though.

Synthetic benchmarks don’t tell the full story, though. In real games, the RTX 4070 Ti is slightly lower than the synthetic results suggest overall. However, certain titles really stress the memory bandwidth, especially at 4K, and make the RTX 4070 Ti seem much less impressive.

Although Nvidia is billing the RTX 4070 Ti as a 1440p graphics card, you expect some 4K gaming prowess when you’re spending $800. The RTX 4070 Ti surpasses the fated 60 frames per second (fps) mark at 4K, but it’s still quite a ways below the competition. 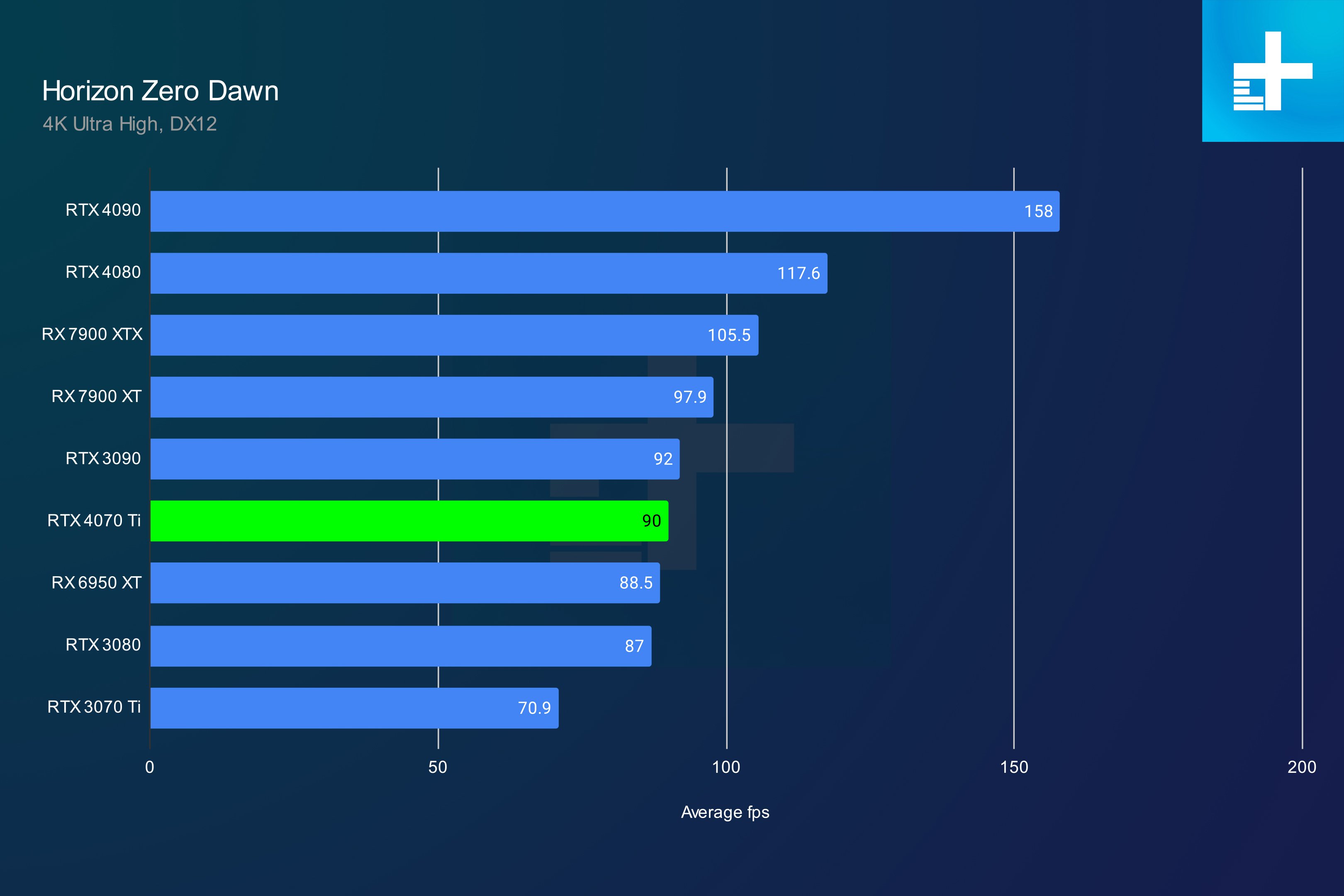 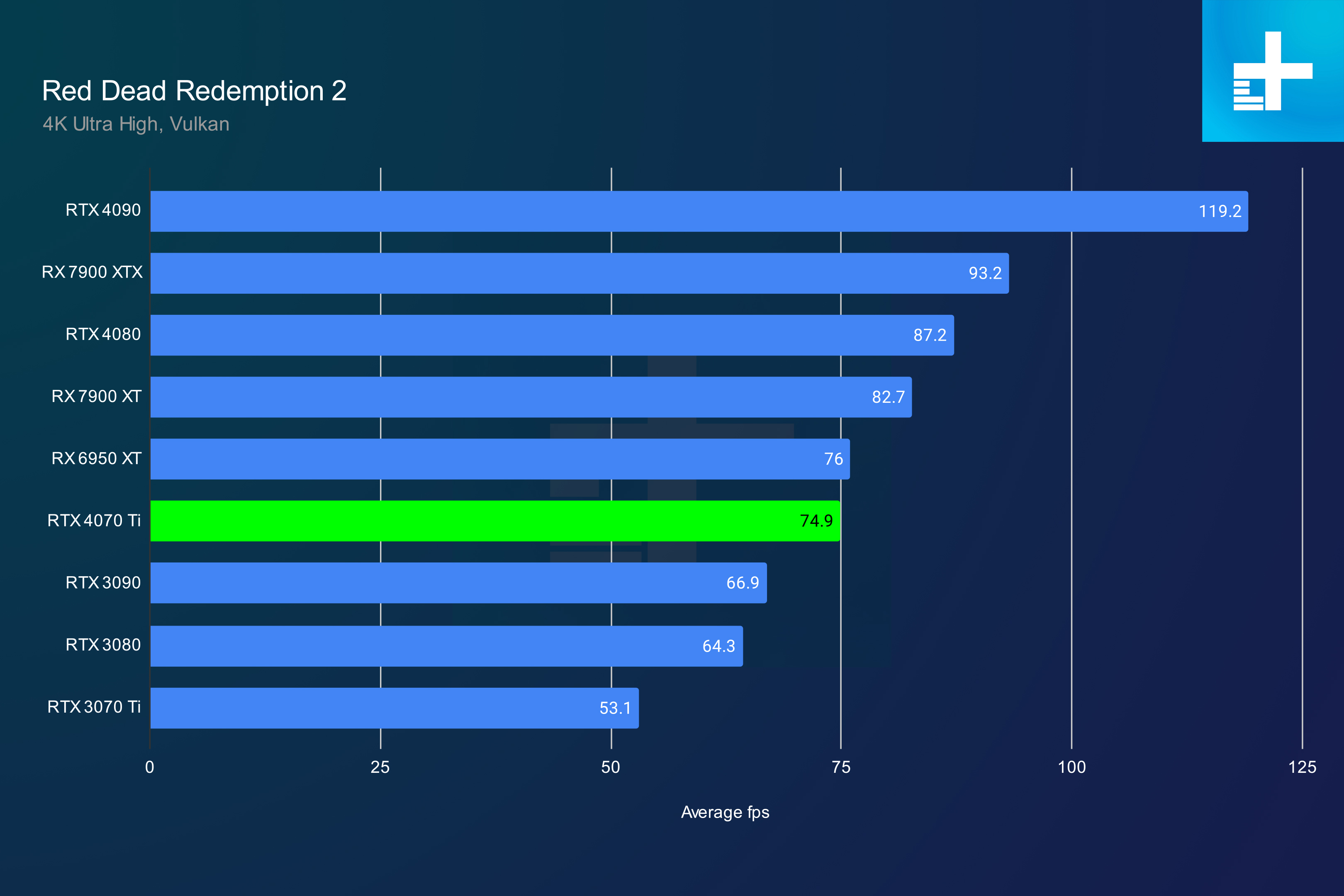 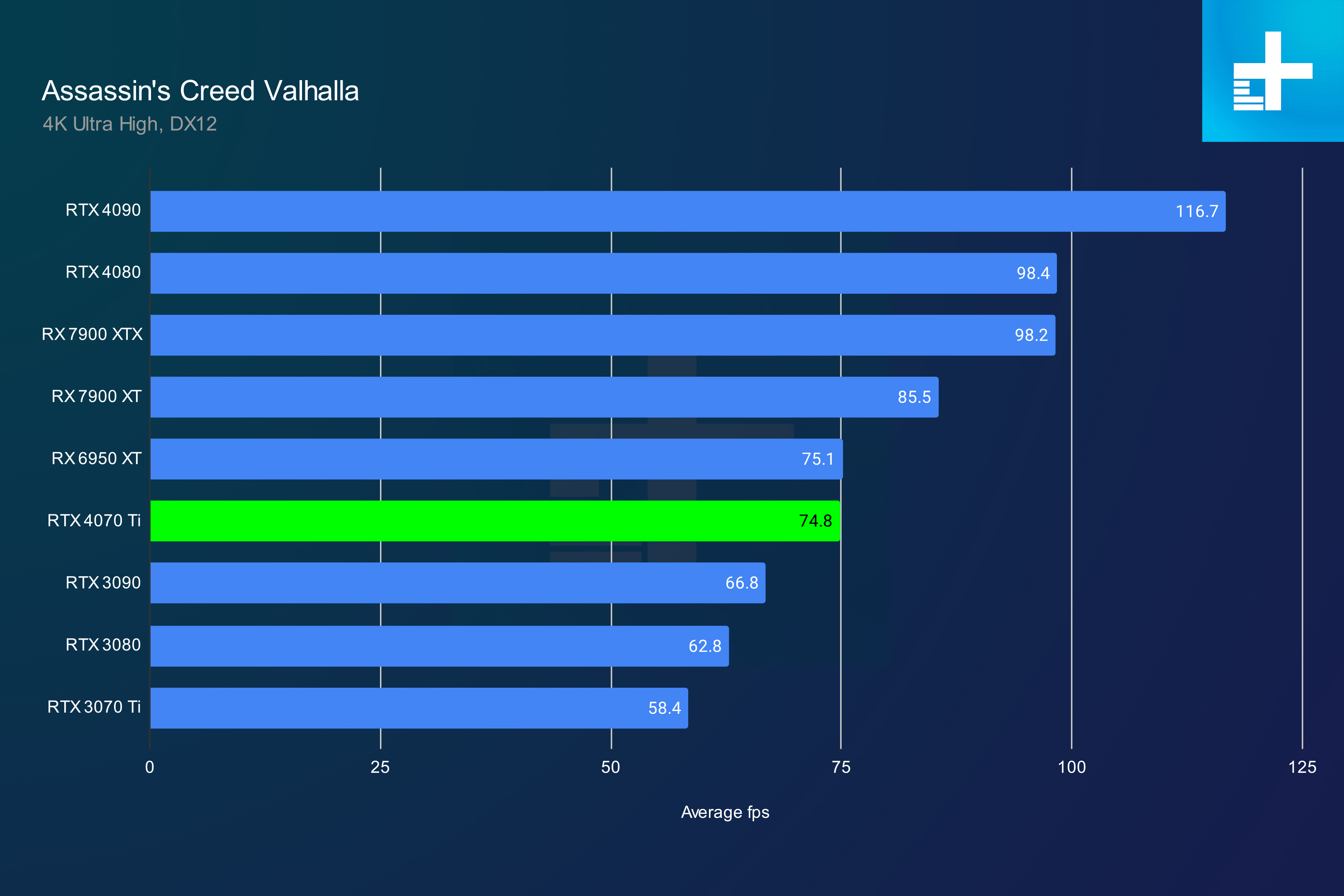 At 4K, the RTX 4070 Ti is an inflection point for Nvidia’s Ada Lovelace generation. We’re starting to reach performance levels of last-gen flagships, with only minor differences in pricing. If $800 is your absolute limit, the RTX 4070 Ti still wins out with better ray tracing and features like Deep Learning Super Sampling (DLSS) 3. In the opposite direction, spending a bit more nets you much more performance, putting the RTX 4070 Ti in a precarious spot at 4K.

Performance should scale much higher than price, but it’s not as bad as the RTX 4080 we recently saw. That card provided a 40% improvement over the previous generation with a 71% markup in price. On the other end, though, the RTX 4090 brought a 58% improvement for a minor 6% markup. The RTX 4070 Ti sits somewhere in between. 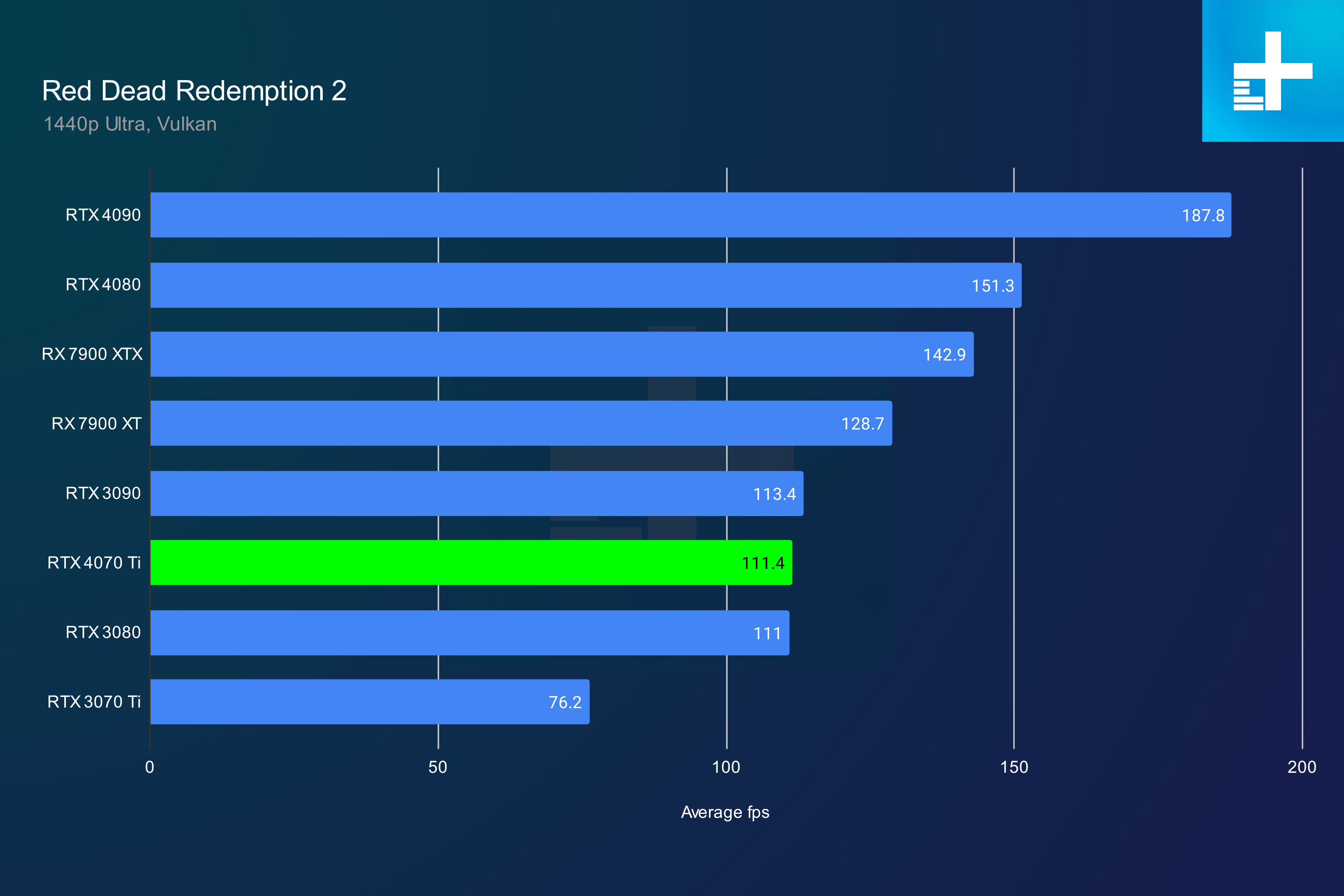 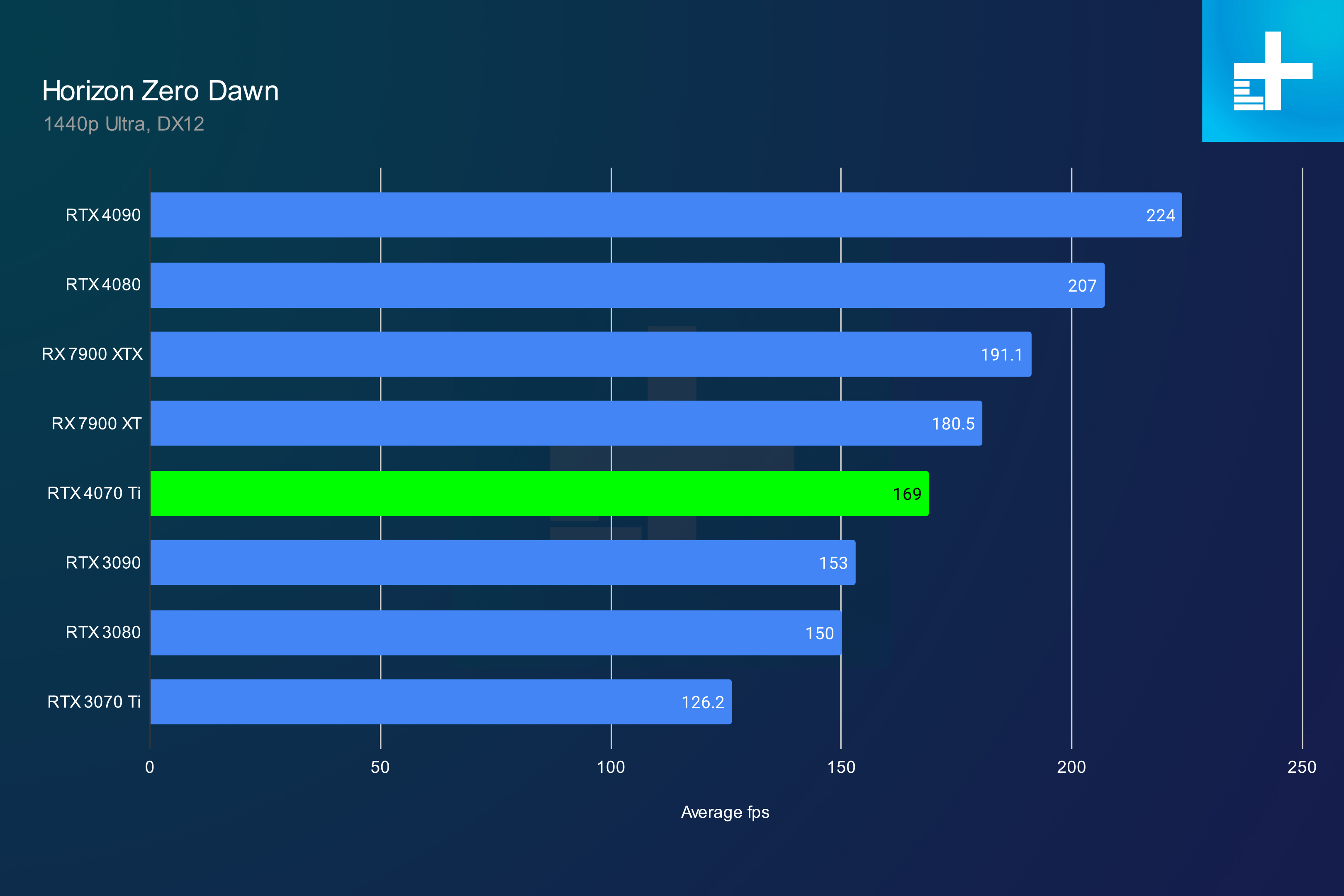 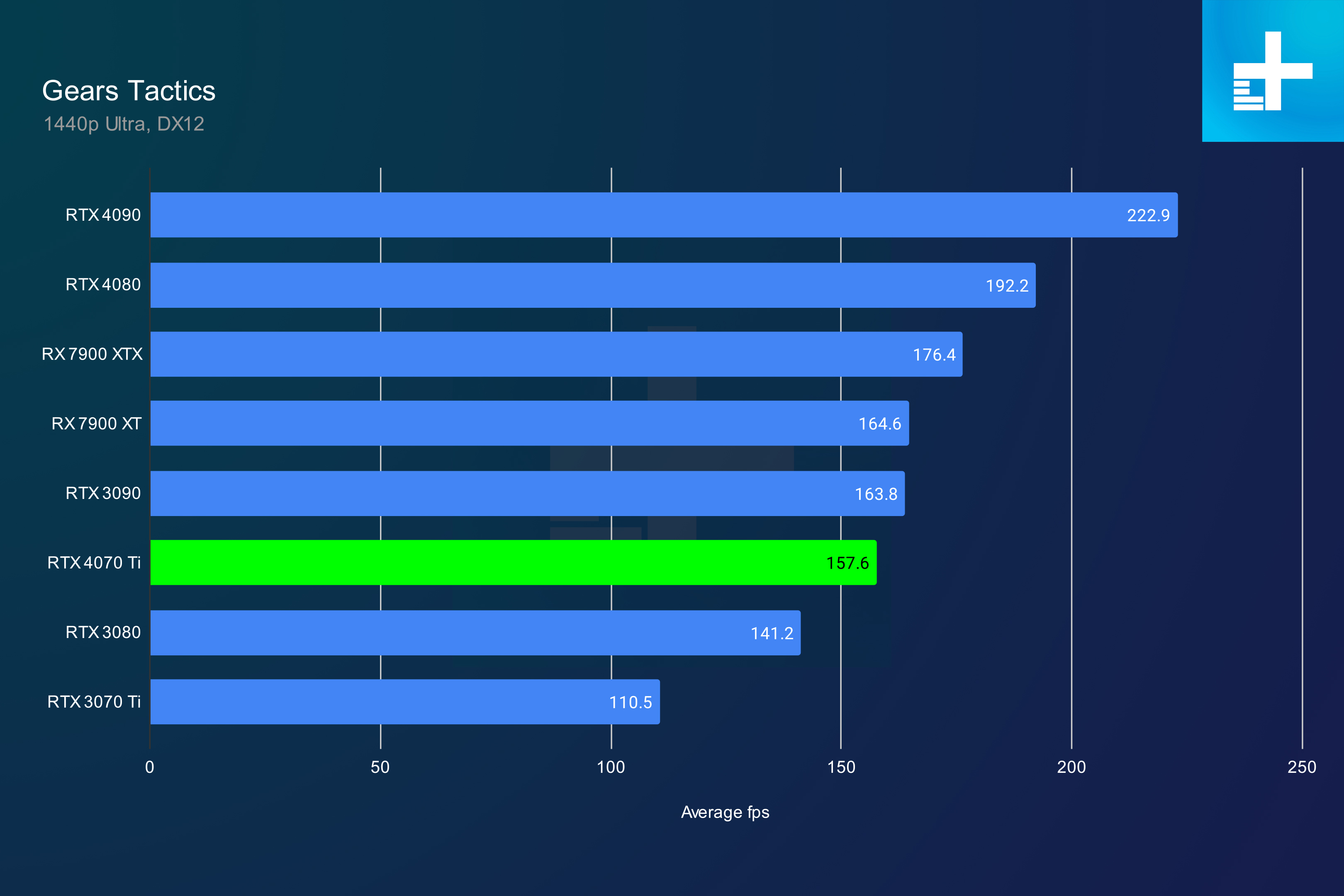 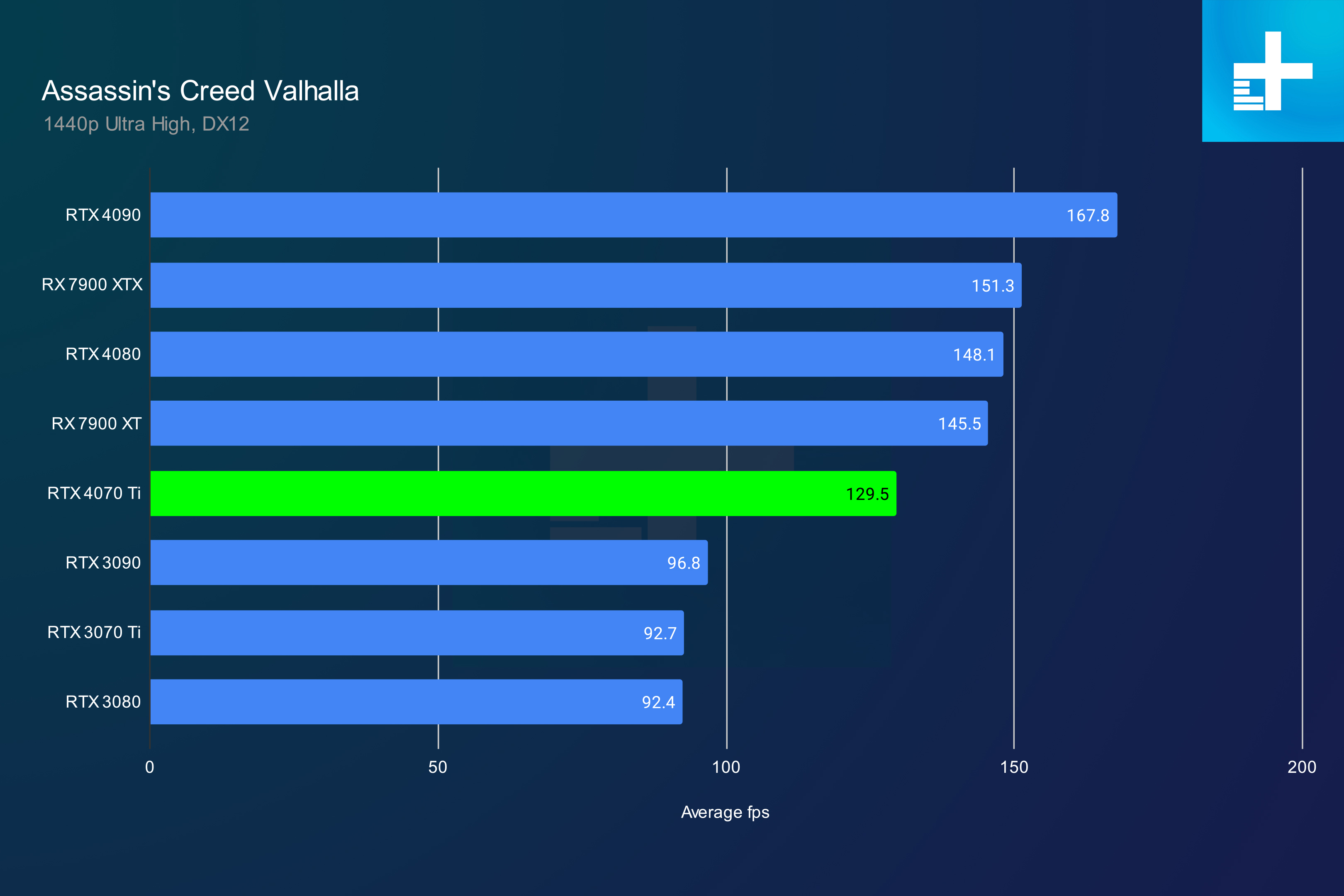 Although the RTX 4070 Ti is more impressive at 1440p, it’s not a showstopper. The RTX 3090 is still faster in games like Gears Tactics, but the RTX 4070 Ti claims a small victory in Horizon Zero Dawn. On the other end, the card dominates in Forza Horizon 5, matching the RTX 4080 and showing how out of sorts the pricing is with that card.

My main reservation about the RTX 4080 is if we’ll ever see any cards for $800. Nvidia isn’t making a Founder’s Edition design, and board partners tell me that overclocked models will go for around $100 more. The math changes a lot if the RTX 4070 Ti ends up selling for north of $900 where AMD’s RX 7900 XT — despite being a poor value on its own — shows a commanding lead.

Jumping down to 1080p, a clear gap between last-gen and current-gen offerings starts to emerge. CPU bottlenecks come into play with such powerful GPUs at a low resolution, and the gaps between the most powerful GPUs shrink to no more than a dozen frames.

It’s not worth going into the individual results because, frankly, there are far better 1080p graphics cards on the market that are leagues cheaper than any in the chart above. What’s interesting here is how the RTX 4070 Ti performs compared to higher resolutions.

Ray tracing is an area where Nvidia has claimed a dominating lead over AMD, but the RTX 4070 Ti challenges that position. At 4K, it’s barely faster than the RTX 3090 and RX 7900 XTX. Ray tracing performance was a major reason to go with Nvidia over AMD in the previous generation, but the RTX 4070 Ti proves those margins are slipping.

And at 1080p, that gap widens even more, with the RTX 4070 Ti starting to reach toward the RTX 4080 in ray tracing. The big question is how important ray tracing is for you. It can be a revolutionary piece of kit in games like Portal RTX, but in a lot of titles, ray tracing still represents a big performance loss for a minor visual gain.

Nvidia still holds a lead in ray tracing, but unlike the previous generation, AMD’s competing GPUs can hold their own. The major plus for the RTX 4070 Ti is support for DLSS 3. This upscaling tech includes a frame generation feature that can double and sometimes triple your frame rate in games.

It’s not perfect, as you can see from the visual artifacts in Marvel’s Spider-Man Miles Morales above. However, DLSS 3 is a huge benefit for high refresh rate gaming at 4K with ray tracing maxed out. It’s only in a few games right now, but Nvidia is rapidly rolling the feature out to new releases like Warhammer 40,000 Darktide and Need for Speed Unbound.

Now that we have AMD’s next-gen graphics cards as a basis for comparison, Nvidia’s efficiency and temperature control in the Ada Lovelace generation becomes all the more impressive. Just like the RTX 4080 and RTX 4090, the RTX 4070 Ti comes with a relatively high-listed TGP. You’ll rarely hit its power limit, though.

Throughout my test suite, the RTX 4070 Ti hovered around 200W to 230W, occasionally dipping down to 150W at lower resolutions. The highest power I measured was 260W in Gears Tactics at 4K, which is consistently the most power-hungry game in my test suite.

The unsung advantage of the RTX 4070 Ti over a card like the RX 7900 XT is that it runs cooler, quieter, and more efficiently

The Asus Tuf Gaming models I reviewed stayed cool and quiet, as well, never going above 65 degrees Celsius. It often went lower, between 55 and 60 degrees, and that was with the Performance BIOS on Asus’ card. This particular card includes a dual BIOS, so you can toggle it over to Quiet mode if you want. Based on my testing, you don’t need to.

Performance is still king for a graphics card, but the unsung advantage of the RTX 4070 Ti over a card like the RX 7900 XT is that it runs cooler, quieter, and more efficiently. For all of Nvidia’s Ada Lovelace GPUs, I forget I have them installed because they just don’t get very loud. The RTX 4070 Ti is no different.

Not the GPU you’re looking for

Although there are positive points for the RTX 4070 Ti, it’s still the rebranded RTX 4080 12GB without a major drop in price. $100 off is nothing to sneeze at, but without a Founder’s Edition design and the expectation from board partners to sell a $900 GPU, I don’t see too many cards actually going for list price.

The biggest competitor is oddly AMD’s RX 7900 XT. That card isn’t a great value, but it looks a lot more enticing when stacked up against the RTX 4070 Ti. AMD’s card is nearly 12% faster, and although Nvidia still holds a slight edge in ray tracing, it’s not the massive lead we saw in the previous generation.

At $800, the RTX 4070 Ti is a solid, if slightly overpriced, GPU. It would be a smash success if you could find cards around $700. At $850 to $950 where I expect most cards to sell, there are better options. The RTX 4070 Ti offers DLSS 3 at a more affordable price, but you trade a decent amount of performance compared to the competition for that feature.