HomeNewsMSI Afterburner is on the brink of disaster, putting overclocking in jeopardy
News

MSI Afterburner is on the brink of disaster, putting overclocking in jeopardy 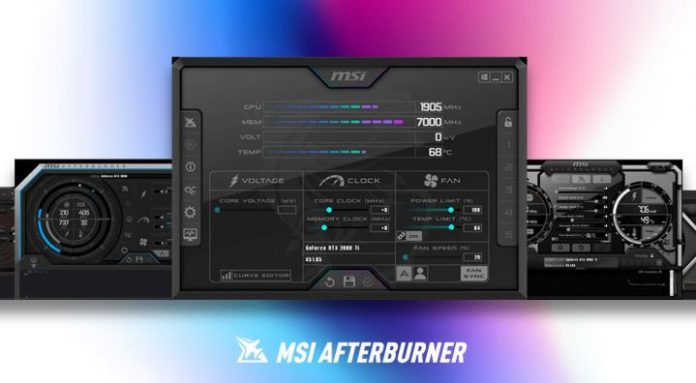 We have some rather grim news if you’re a fan of overclocking your graphics card — MSI Afterburner is in trouble.

According to the author of MSI Afterburner himself, the program is not receiving any funding and may be unable to continue. However, there is hope — MSI wants to keep the project alive.

MSI Afterburner is, arguably, the most popular software used for tuning a graphics card. This includes overclocking and undervolting. While it can have a bit of a learning curve, it’s effective and fairly accessible, which makes it a good option even for beginner overclockers.

Some GPU manufacturers offer their own versions of similar software. Even MSI has something else of its own, called MSI Dragon Center. However, the popularity of Afterburner has not waned, and it’s still the go-to software for GPU tuning. This is why it’s a shame to hear that it might be in jeopardy.

The information comes directly from the source, and by that, we don’t mean MSI, but the creator of the program — Alexey “Unwinder” Nikolaychuk. The developer revealed on Guru3D forums that the “MSI Afterburner project is probably dead.”

Nikolaychuk then went on to elaborate: “War and politics are the reasons. […] We’re approaching the one-year mark since the day when MSI stopped performing their obligations under the Afterburner license agreement due to the ‘politic situation.’ I tried to continue performing my obligations and worked on the project on my own during the last 11 months, but it resulted in nothing but disappointment.”

The situation is a lot more complex than simply MSI neglecting to pay the developer, and it stems from the ongoing war in Ukraine and the resulting backlash experienced by Russia. Sending international payments to Russia has gotten much harder since the start of the war, and seeing as that’s where Nikolaychuk is based, he hasn’t been paid for his work on MSI Afterburner since these sanctions started.

Despite the fact that MSI hasn’t been able to fulfill its end of the agreement, the company continues to recommend Afterburner for all of its new graphics cards, including the freshly released Nvidia RTX 4070 Ti.

All of this doesn’t sound optimistic at all, but Wccftech reached out to MSI and got a response that brings some hope:

“Our product marketing & accounting team are dealing with this problem now. Due to the war, our payment couldn’t transfer to the author’s bank account successfully. We are still keeping in touch with him and figuring out how to solve this,” said an MSI representative.

Let’s hope that the company is soon able to settle the problem and that Nikolaychuk will be able to continue working on MSI Afterburner. In the meantime, be careful and make sure not to download the software from a different source than MSI’s own website. In the absence of new updates, many hackers are trying to share malware under the guise of it being MSI Afterburner.

Facebook
Twitter
Pinterest
WhatsApp
Previous articleThis ThinkPad laptop deal cuts over $2,000 off the price
Next articleApple to Start Transitioning Away From Qualcomm Modem Chips in Late 2024 or 2025