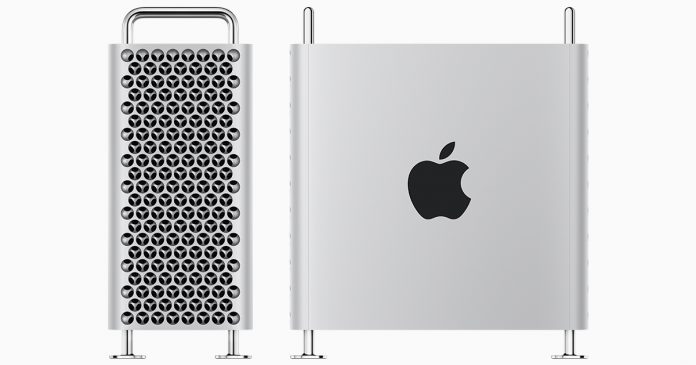 Following the announcement of a new M2‌ Pro Mac mini today, which replaced the previous Intel-based model in the lineup, the Mac Pro is now the only Mac in Apple’s current product lineup that still uses an Intel processor.

The previous ‌Mac mini‌ lineup consisted of an M1 ‌Mac mini‌, announced in November 2020, and the now-discontinued Intel-based model. Apple said in June 2020 that its transition to Apple silicon would take around two years, and while Apple has transitioned the MacBook Air, MacBook Pro, iMac, and now the ‌Mac mini‌ to its own processors, the ‌Mac Pro‌ has yet to make the switch.

Apple’s vice president of hardware engineering, John Ternus, teased at the company’s March event that a new Apple silicon ‌Mac Pro‌ is still in the works. Currently, the highest-end Apple silicon Mac in the lineup is the Mac Studio configured with the M1 Ultra chip. Apple is rumored to announce an Apple silicon ‌Mac Pro‌ sometime this year, but despite speculation, the new model will feature the same design as the 2019 computer. Related Roundup: Mac ProBuyer’s Guide: Mac Pro (Don’t Buy)Related Forum: Mac Pro
This article, “Mac Pro Now Only Remaining Intel-Based Mac in Apple’s Lineup” first appeared on MacRumors.com