HomeNewsLenovo ThinkPad Z13 vs. Dell XPS 13 Plus: the most advanced laptops
News 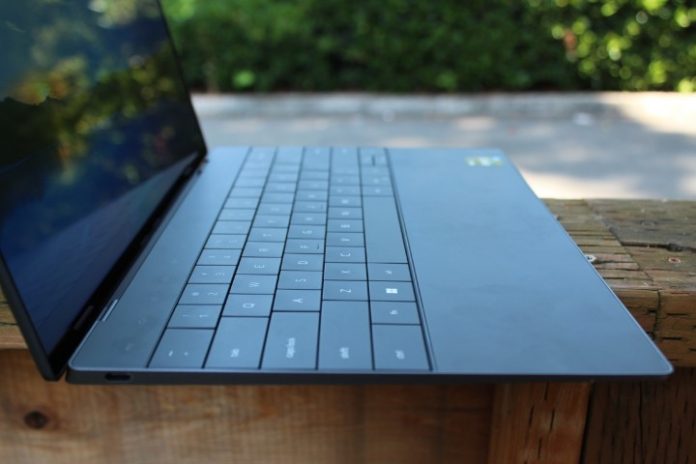 Many manufacturers are switching to 14-inch laptops, but that doesn’t mean the 13-inch laptop is going away anytime soon. Dell has its excellent XPS 13 Plus and Lenovo recently introduced the ThinkPad Z13, proving that 13-inch machines still have their place.

It’s a strong competition between these two excellent laptops, both of which represent upgraded and/or diverging designs. One has to win, though, so read on to find out which is the better diminutive laptop.

At least as far as pricing at this particular moment, the ThinkPad Z13 is the less expensive laptop, but it also can’t be configured with as much storage as the XPS 13 Plus.

Both laptops represent significant departures from their lines, with the XPS 13 Plus dropping the carbon or glass fiber palm rest of the previous generation and the ThinkPad Z13 representing a complete overhaul from the usual black-on-black ThinkPad design.

The XPS 13 Plus is now all-aluminum, with the same sleek lines with the lid closed, but a thoroughly modern design inside. The palm rest is now all glass, with a hidden haptic touchpad, and the edge-to-edge keyboard has flat keys edge-to-edge keys. The row of LED function buttons along the top add to the modern look, but they’re functionality is questionable.

The ThinkPad Z13 is also aluminum, with an optional faux-leather covering on the lid that’s warm and inviting. From the outside, the laptop looks a lot more like the XPS 13 Plus than any traditional ThinkPad, with the same kind of sleek lines. It differentiates itself most with the “Communication Bar” that runs across the top of the lid as a reverse notch. Open up the lid, and you’ll find a black palm rest, the usual red TrackPoint nubbin, and a haptic touchpad barely visible on the palm rest. Both laptops are attractive, modern, and offer up a new look.

You’ll find no fault with the build quality of either laptop. They’re both rigid and robust, with no bending, flexing, or twisting. That’s to be expected from both companies’ premium machines.

Both keyboards are comfortable to use, albeit different in their physical layout, given the Dell’s flat keycaps. We’ll call it a draw. The haptic touchpads favor the Dell, which provided a more responsive and natural feel during our testing. The ThinkPad Z13 has its TrackPoint for ThinkPad fans, which means part of its touchpad is devoted to the TrackPoint’s virtual buttons. Overall, though, both laptops provide excellent input.

The ThinkPad Z13 has a higher-resolution 1080p webcam, which is much better than the XPS 13 Plus’s 720p version, while both have infrared cameras supporting Windows 11 passwordless login via facial recognition. Both also have responsive fingerprint readers as well. Dell’s is embedded in the power button, which is where we prefer to see it.

The ThinkPad had a slight advantage in multi-core applications like our Handbrake test that encodes a 420MB video as H.265 and Cinebench R23, and it was much faster in the PCMark 10 Complete test that runs through a mix of productivity, media consumption, and creativity tasks. The XPS 13 Plus had to run in its performance mode to keep up.

Both are very fast productivity machines, but the ThinkPad Z13 has a slight advantage. Neither are legitimate gaming systems given their integrated graphics.

We tested the ThinkPad Z13 with its Full HD+ IPS panel, and it was a good premium display with plenty of brightness, excellent contrast for IPS, average color width, and excellent color accuracy. It couldn’t hold a candle to the 3.5K OLED display that we tested on the XPS 13 Plus. The Dell’s display wasn’t as quick or bright, but provided incredibly wide and accurate colors and deep contrast with inky blacks.

The ThinkPad Z13’s display is fine for productivity work, but creators and media consumers will much prefer the XPS 13 Plus’s OLED display. Of course, you can always upgrade the ThinkPad Z13 to OLED, although it’s not quite as high-resolution as Dell’s offering.

The ThinkPad Z13 and XPS 13 Plus are almost identically sized, with the ThinkPad being just a tiny bit thinner. Both are thin and light and easy to carry around.

Excellent laptops, but the ThinkPad Z13 wins out thanks to its longevity

The ThinkPad Z13 and XPS 13 Plus are both excellent 13-inch laptops that can meet the needs of the most demanding productivity users. They’re both attractive, well-built, and offer fast performance.

The ThinkPad Z13 wins out in its price, which right now is hundreds lower than the XPS 13 Plus, and in its excellent battery life. Those are enough to make it the better laptop.