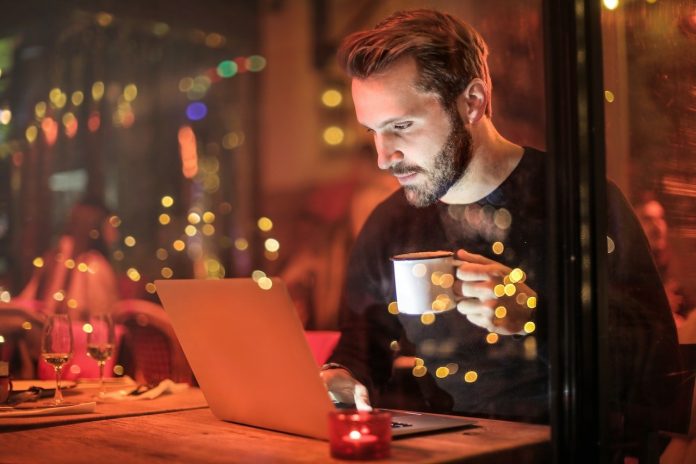 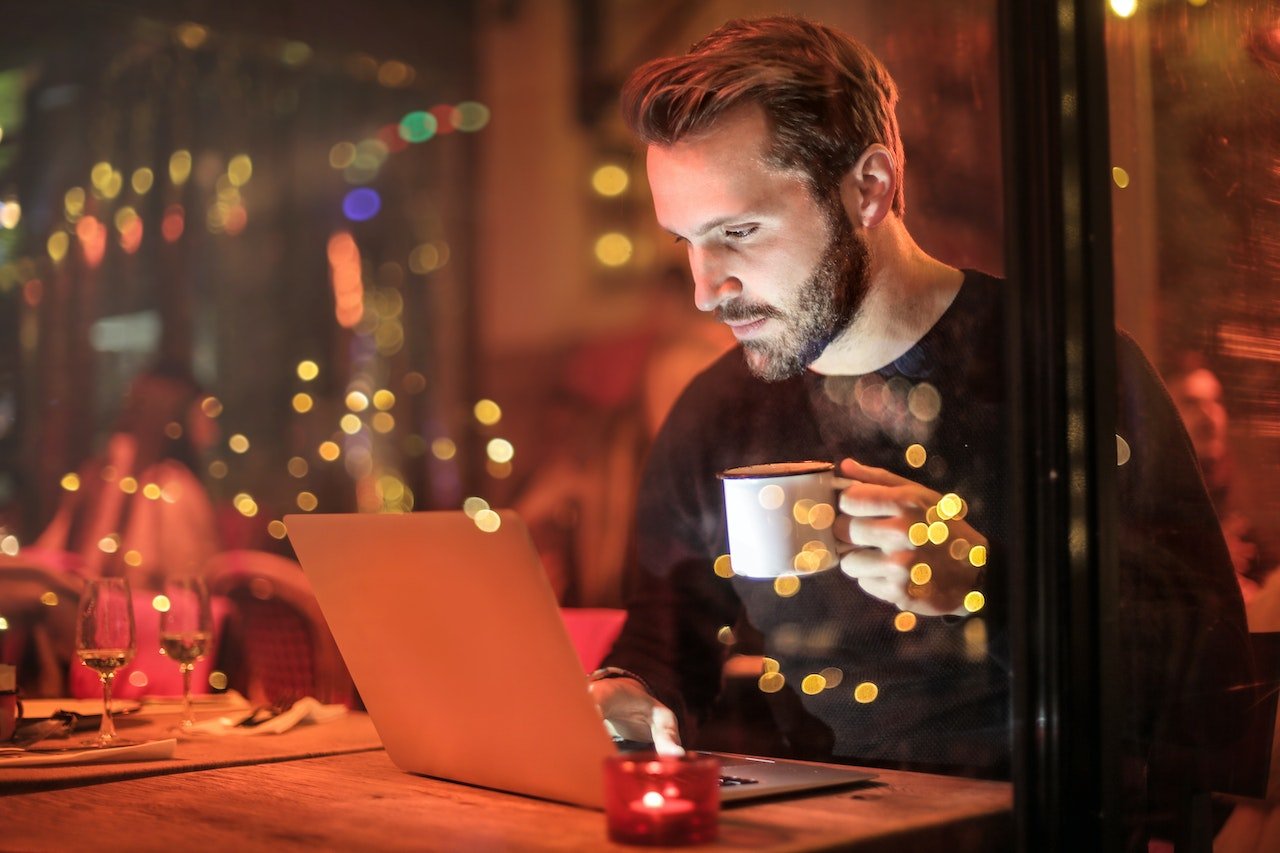 As the founder of Nomad Internet, Jaden Garza and his wife Jessica Garza set out to create a way for people to remain connected to the internet even while they were on the road, seeing the country using an RV. For travelers, internet connectivity is not only difficult to obtain, especially in areas where rural conditions exist, but it’s also a challenge to ensure privacy and safety with random internet connections. Nomad Internet created a solution.

What Is Nomad Internet?

Nomad Internet provides high-speed, wireless, low-latency broadband internet to travelers. For those traveling to rural locations throughout the U.S. in an RV or those who simply live in areas where internet access is limited, Nomad Internet provides a reliable solution. With a one-time fee and monthly service charge, travelers gain the ability to access the web from just about everywhere, something that was, before the company’s launch, much more difficult to do.

With the growing number of people hitting the road to explore the country, it has become increasingly difficult to secure reliable internet on the go. Nomad Internet offers up to unlimited coverage with no throttling and up to 200 Mbps of download speed, for example. Several plan options exist, with various pricing.

Why Nomad Internet Is So Important

In June of 2017, Jessica and Jaden Garza set out to create a way to get travelers connected to WiFi. According to Jessica Garza, “WiFi in RV parks is so terrible, and it takes away opportunities from ‘full-timers’. So, we set out to change that, one RV park at a time.”

The pair set out to create a solution and started with an RV park located in Johnson City, Texas. That opened in June 2017. The next month, they launched Nomad Internet in a second RV park located in Seguin, Texas. At this location, there were about 50 full-time RV-ers living, and the park was struggling to provide a high level of internet speeds to keep people connected to even the small amount of internet access present. To meet the needs here, Nomad Internet launched LTE technology for the first time. Once this was installed, it provided the RV park with an additional 400 Mbps of bandwidth, better meeting the needs of the people living there. At the time of its launch, this type of technology was new and not used heavily. With the launch of Nomad Internet’s use of LTE technology, it would be possible to provide internet solutions to more communities.

Meeting the Needs of the Girl Scouts

One of the most impressive steps in the early journey to the development of Nomad Internet occurred in 2018 when the Girl Scouts of America at San Jacinto connected with Jessica and Jaden Garza. They were looking for a way to improve internet connectivity at the Girl Scout Park.

The team set out to find a solution after other internet providers had tried and failed to do so. In fact, not only did they succeed in providing a source of reliable internet, but they also did so at a fraction of the cost of what other companies charge. Jessica Garza shared that the Girl Scout Park had spent over $100,000 trying to solve its connectivity problem before Nomad Internet. They could do it for a small fraction of that.

To achieve this seemingly impressive process, Jaden Garza worked with BaiCells Technology. He worked to create a deal for a licensed LTE technology kit. They became one of the initial owners of the BaiCells LTE Base Station. Once in place, the park finally had the internet access it needed.

While the simple ability to meet the goals and needs of the Girl Scout Park was exceptional in terms of Nomad Internet’s reach, it also was an important part of the organization’s development. It showcased Jaden Garza’s ability to take the service and the company to the next level. The stations created were a new solution and added to the organization’s reputation for using state-of-the-art technology.

Moving to Meet the Needs of Consumers

During its early founding, Nomad Internet focused heavily on meeting the needs of businesses, serving RV parks and other businesses that needed access to the internet that was reliable, including remote access.

At the start of 2020, after finding significant growth and success, Nomad Internet made the move to incorporate the needs of consumers. The direct-to-consumer focus would open a new opportunity to meet not just the needs of people staying in RV parks but also those that were more mobile and seeing the world.

The question was, though, how would that work? Traditionally, the internet is linked to a location, but for many people, being on the road is a very mobile process.

To meet this growing need, Jaden Garza worked to develop a solution using the now more advanced access to LTE technology. He designed a solution that was like what people were using routers with cellular service components.

Nomad Internet set out to offer routers that came with a cellular service component to them, more specifically. This, provided directly to individuals or families, was able to provide connectivity and reliable service for people in rural communities. Utilizing LTE technology, people in remote areas could gain access to the internet they needed. This provided a solution for people who were unable to find reliable sources for connectivity due to their geographical area were able to do so.

Within many of these rural communities, there was a lack of fiber lines that traditionally provide access to internet connectivity. With the new solution from Nomad Internet, it was possible for people to gain reliable internet connectivity using a method much like cell phones.

The move to provide this type of direct consumer business model opened the door for opportunities for Nomad Internet but also created new needs for the company. This ultimately led to further growth and improved services.

In October 2020, Nomad Internet established a private office space (the first such for the company) in New Braunfels, Texas. This new, private location was a clear indication of the company’s growth, as it had shared office space previously. The team had grown significantly to continue to meet the needs of consumers throughout the region.

In March 2022, the company entered its own standalone business. This was a huge accomplishment for the team. Moving into a building on 10 acres of land in Texas Hill Country showed just how valuable and important the company’s service had become to its customers.

The growth of Nomad Internet is nothing short of exceptional, and it was quickly noted by CNET, an online review platform noted for its prestigious and rigorous review process. CNET showed value in the company, noting that the service was innovative, needed, and reliable. The company was awarded the CNET logo to use on its website to showcase the recommendation.

What Makes Nomad Internet So Different?

With more people on the road and traveling to see the world, internet connectivity is critical. Yet, in many areas, it’s sorely lacking. Providing up to unlimited internet, the company can meet the needs of most people, including those who are digital nomads or people living in rural internet locations – which are far more common than many people realize until they hit the road. Providing rural internet solutions like this creates an opportunity to keep people connected.

Jaden Garza is the co-founder of Nomad Internet, a high-speed internet solution designed to meet the needs of people living in rural internet locations while also meeting the needs of digital nomads. He is an innovator, executive leader, and entrepreneur who has worked with Jessica Garza, his wife, to create a new platform for connecting consumers to the internet. With his innovative mind and ability to recognize the needs of digital nomads, he worked to develop a reliable solution from the ground up, growing his small company into a regional leader in providing high speed internet to rural areas. Today, he is leading the pack in the industry and continues to expand and innovate the services provided.