In 2023, it’s time to finally ditch your real wallet for Apple Pay 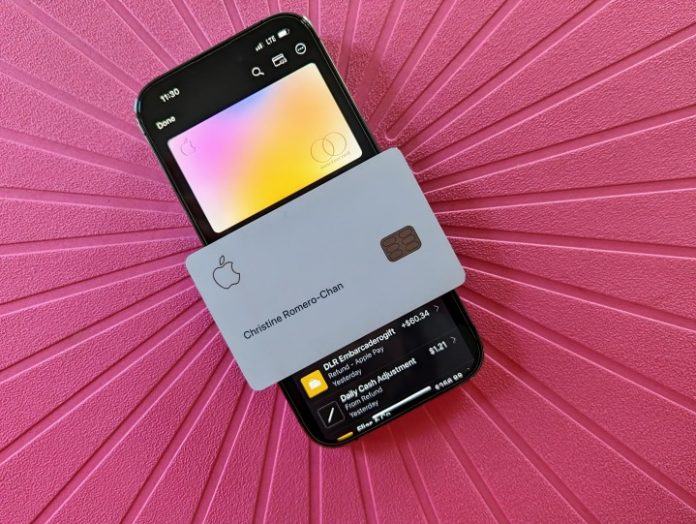 In the early 2000s, the U.S. started accepting contactless payments at credit card terminals, which used near-field communication (NFC) technology to make it happen. However, it was still too early and not widely adopted until 2008, when the major credit card companies began to offer contactless credit cards.

But contactless payments continued to evolve. Soon enough, Apple added Apple Pay in 2014, allowing you to add your credit and debit cards in the digital Wallet app and pay with your phone. There is also Google Pay for Android devices, and even Samsung has its own version of mobile payments called Samsung Pay.

Over the holidays, I was shocked to learn that my mother-in-law never used Apple Pay for the reason that she simply didn’t trust how those systems work. But the truth of the matter is that digital wallets, like Apple Pay and Google Pay, are much safer and more secure than using a physical card. And as we step into 2023, it’s time you ditch your real wallet for a virtual one.

Worried about security? You shouldn’t be

I was flabbergasted when I learned some of my in-laws don’t trust digital payments or wallets and think it’s worse than the plastic itself. They couldn’t be more wrong!

The problem with a physical card is the fact that someone could easily obtain the details of your card through skimming devices, either installed on a payment terminal waiting for the unsuspecting or through RFID. The latter appears less common these days, despite the fact that many bag and wallet makers use “RFID blocking” as a selling point, but those skimming devices can be easily installed on various point-of-sale devices without anyone seeing or noticing. If you swipe or insert your card in one of those skimmers, a thief can obtain your card information and use it to make purchases, create fake credit cards, or even sell the information on the dark web.

With digital payments through something like Apple Pay, you don’t need to worry about any of that. Before you can even make a payment, it needs to be authenticated with either Face ID or Touch ID on the device. Also, each Apple Pay transaction uses a token in the form of a “device account number” to complete, and these are always unique. With no physical card required to be present and a unique number generated every time, you’re less likely to have your information stolen for nefarious purposes.

Of course, it may be that the concern is in the fact that when you first set up Apple Pay, you need to provide the credit card number, expiration, and CVV code to verify. But this is a one-time thing to get everything set up, and none of that information is actually stored with Apple or on your device, so it can’t be shared with retailers.

How the Apple Card takes it a step further

Ever since I got the Apple Card in 2019, it has become my primary source of payment, unless I have another credit card that is better suited for a purchase. One of the newer features is Advanced Fraud Protection, and if you haven’t yet turned this on, I highly recommend you do so. Go to the Wallet app, select your Apple Card, tap on Card Number, and turn the toggle on for Advanced Fraud Protection.

When Advanced Fraud Protection is on, the security code (CVV) on your Apple Card will change periodically. So if hypothetically, your Apple Card number and expiration were stolen somehow (manual input online and a site gets a data breach, for example), and someone was trying to make a purchase with your information, they wouldn’t be able to because the CVV will have changed by then.

This feature was added in iOS 15, so it’s not super new and has been around for a bit. Still, it’s a pretty small addition that has proven to be incredibly useful in the long run.

It’s so much more convenient

It took a while, but pretty much everywhere I go now on a regular basis accepts Apple Pay, including Disneyland (where apparently most of my money seems to go). I personally haven’t pulled out my wallet with my physical cards, at least voluntarily, in months. If I am somewhere new, I will typically ask if they accept Apple Pay before I pay, and I’ll let out a sigh of relief if they do. Unless the system is down or they don’t take contactless payments yet (like a sit-down restaurant), I never pull out my cards, and when I do, quite frankly, I’m annoyed and will grumble under my breath.

For me, Apple Pay and other digital wallets are just so much more convenient. I typically will already have my phone in my hand anyway, so when it comes time to pay, I simply double-press my iPhone 14 Pro’s side button, authenticate with Face ID, and then tap my device to the terminal and be done in a matter of seconds. I hate having to dig into my purse for my wallet, get the card out, insert it into the reader, and wait for it to process.

Apple Pay and other digital wallets are just so much more convenient.

Of course, Apple Pay and other digital wallets are only convenient if the places you go to accept mobile wallets. I still recommend carrying your physical wallet with you just in case, as a colleague of mine mentioned the locale that they visited during the holidays did not accept Apple Pay anywhere.

Mobile payments are the future

I’m just a little surprised that there are people who still think physical cards are safer than using something like Apple Pay or Google Pay. To me, there are too many possible points of failure when it comes to the safety of using physical cards only, especially if you aren’t paying attention. It’s also a hassle to get it out every time you need to pay for something, in my opinion.

It’s time for more people to embrace the future of mobile payments. It’s way more secure with the uniquely generated device token for each transaction, and there are additional benefits if you use Apple Card. Plus, it’s way more convenient — who doesn’t love convenience?

I’m just waiting for when California allows digital driver’s licenses in Apple Wallet, and more mobile wallets to be absolutely ubiquitous. I still carry a cardholder with my cards as a backup, but I don’t use them unless I absolutely have to. Time to (mostly) ditch that physical wallet!