HomeNewsI took my son shopping for his first school laptop. Here’s what...
News

I took my son shopping for his first school laptop. Here’s what I surprised me 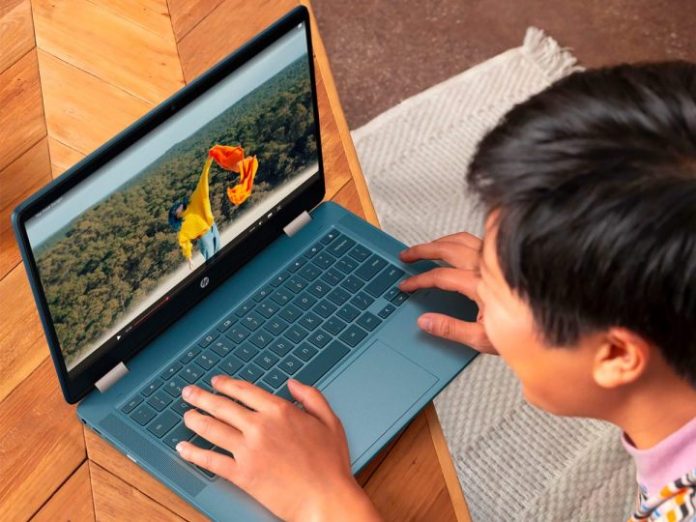 My son began second grade this past September, and his school issued him an old, beat-up Chromebook to his backpack as his first laptop. Unacceptable! As a tech writer, I could not settle for what the school was offering. So, I did what any tech nerd dad would do and took my boy shopping for a new Chromebook.

But as I quickly learned, the world of Chromebooks can be dizzying. If I was going to find the right option for my kid, I’d need to check my own tech knowledge and preferences at the door.

For starters, there are a lot of Chromebooks out there. I did not fully realize just how many there were until I began shopping for one.

The first place I looked was Amazon. That was a mistake. There are more than 200 pages of Chromebooks. You get well-known names such as Lenovo, Acer, and Asus. But you’ll also get weird brands with names like Mighty Skins and VEIKK. I was certainly wary of the Basrdis Chromebook.

Even known brands have an enormous library of machines. There were six pages of Chromebooks for Asus, ranging in price from $57 to over $700. Samsung Chromebooks take up 17 pages on Amazon.

My local Best Buy had 17 Chromebooks on display.

Okay, Amazon was not working out for me. With some guidance from our own Chromebook reviews, I decided to take my son to Best Buy because surely they must have a respectable range of decent Chromebooks to see in person, right?

As it turned out, my local Best Buy had 17 Chromebooks on display, directly across from the Windows laptops. That’s a lot of Chromebooks. Their prices ranged from $200 to over $1,000. That’s better than the 200 pages of options on Amazon, but it still left me a bit overwhelmed by all the options.

I walked the displays at Best Buy scratching my head, wondering how my own experiences with tech would inform our decision about this new Chromebook.

Intel Celeron! 4GB of RAM! Two-in-one! Must be a good deal, right? Well, not necessarily.

Chromebooks have the luxury of not requiring a lot of processing power to achieve most tasks, and Chrome runs surprisingly smooth on a Chromebook regardless of memory. Go figure.

But I learned you need to look at the specs of a Chromebook as part of a larger whole, rather than as individual numbers. What I mean is you may have decent performance with a baseline Core i3, but what if the device comes with a 120Hz OLED touchscreen display and no GPU? Do you think that tiny 10th-gen Core i3 is going to power everything you need?

This is the problem I ran into with my son. At first, we picked up a nominally cheap Samsung Chromebook. Samsung makes a number of solid Chromebooks, and even though this one was a bit older, but I figured it was just for school, right? It came with an Intel Celeron CPU, 4GB of RAM, and 64GB of storage. It was an upgrade over the school-issued Chromebooks in looks, but as we discovered, it wasn’t quite enough performance.

That poor CPU could barely power the machine, and my son’s school uses some intensive web pages complete with animations and interactive videos. My boy had to wait for minutes as the video froze or lagged, while his classmates powered ahead.

It was back to Best Buy for us — and this time, I was going to aim for something with a bit more oomph.

You (usually) get what you pay for

After returning that rather useless Samsung Chromebook, I held my nose and bought a much more expensive HP machine for my son. It cost over $500, compared to the $180 I spent on the Samsung.

HP makes some great Windows laptops and I have a soft spot for their design aesthetic, which it carries over to its Chromebook line. My son didn’t complain at all about it. It came with an 11th-gen Intel i5 processor, 6GB of RAM, and 120GB of storage. The screen was a standard 1080p 60Hz LED display, but it could fold backward and become a tablet.

The HP looked fit for a man in a suit, not a kid with a Minecraft hat.

I was confident that I had finally landed on the right device for my boy, but there was one drawback. This HP Chromebook was fragile. It was in the hands of a seven-year-old doing who-knows-what all day long at school, and I was not comfortable with that.

Plus, the HP looked fit for a man in a suit, not a kid with a Minecraft hat. One night I told my son I had to take the Chromebook away because it wasn’t working. He shrugged. It was just something he used at school and, therefore, of no interest to him. As much as it hurt my tech-loving heart, it forced me to realize that my hunt for the right Chromebook for him may have been misguided from the outset.

The lesson I learned

I never returned the HP Chromebook. I kept it for myself. After all, I liked the machine, and Chrome OS is a joy to use on a good computer with decent specs. If you’re shopping for a Chromebook, make sure to get something with a decent processor and enough RAM to handle what you throw at it. These computers have come a long way, and our expectations of them have grown.

But my son was happy enough to go back to using the school-provided Chromebook. It’s rugged, easy for him to use, and gets the job done. And when it comes down to it, that’s really all it needs to be. As much as we might like to scoff at these bulky, plastic laptops, maybe these school administrators know what they’re doing.

I’m sure there will come a day when he’ll want something a bit more refined — something that he actually enjoys using. But for now, the school Chromebook is all he needed.