HomeNewsI switched to an AMD GPU for a month — here’s why...
News 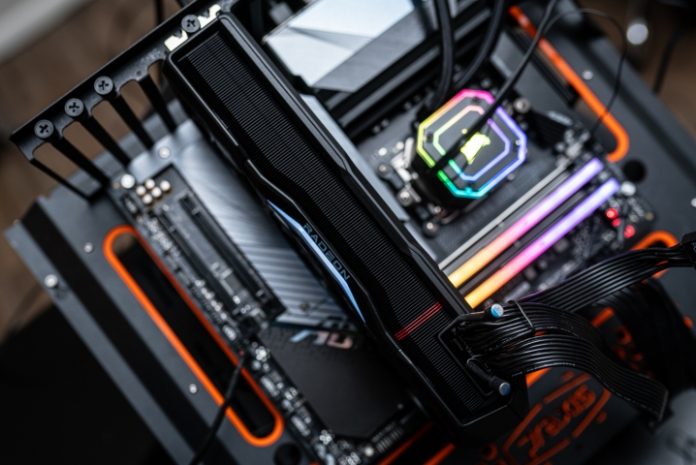 AMD’s RX 7900 XTX currently tops Digital Trends’ list of the best graphics cards. But there’s more to a GPU than just performance testing and benchmarks, and some of those things can’t be discovered until you live with a piece of tech day in and day out.

So, I figured it was high time to put my proverbial money where my mouth is by using AMD’s card every day in my own PC. And a month later, I’m happy to report that aside from some minor hiccups, I don’t miss Nvidia as much as I thought I would.

I said there’s more to a GPU than just performance, but I don’t want to overlook that aspect, especially since the RX 7900 XTX is not the most powerful graphics card on the market. It competes well against Nvidia’s RTX 4080, but Nvidia’s flagship, the RTX 4090, is the most powerful GPU you can buy — by far. There’s no argument about that.

Still, a stack of GPU benchmarks only says so much about the experience of using a graphics card. They’re useful for comparisons, as it’s always important to take stock of the games you play when upgrading your PC. For me, my main game is Destiny 2, where the RX 7900 XTX hovers between 80 frames per second (fps) and 100 fps at 4K with all the settings maxed out.

Going down my list of recently played games, there are titles like Signalis, Chained Echoes, and Vampire Survivors — all games that can run on integrated graphics in a laptop. I step things up to play games like Marvel’s Midnight Suns, Evil West, and Horizon Zero Dawn from time to time, but even then, the RX 7900 XTX can crack 100 fps. The RTX 4090 provides a bigger number in all of these games, but does it change the experience of playing? Not much.

Everyone plays different games, so just because I don’t need all the power the RTX 4090 brings doesn’t mean you don’t. I imagine most people don’t, though. Looking at the most popular games on Steam, the only games that see a big benefit from a card like the RTX 4090 are Cyberpunk 2077 and The Witcher 3: Wild Hunt next-gen. That’s a criticism we’ve had of the RTX 4090 — there aren’t enough games that let it shine.

The only game I encountered where the RX 7900 XTX struggled was Portal RTX. It’s unplayable, and it was an experience I missed with AMD’s GPU installed in my system. This game is the most demanding title I’ve tested, though, and even in typical ray tracing games, the RX 7900 XTX holds up well.

I’ve used Nvidia GPUs for more than a decade, so I was shocked to see how much AMD Software has grown. I’ve used it for the purposes of reviewing AMD’s GPUs, but not on a day-to-day basis. And after poking around AMD Software for a month, it’s now become one of my favorite aspects of AMD’s graphics cards.

There are a ton of features, but I appreciate AMD Software mainly because it includes everything in one spot. With Nvidia, I was used to switching between Broadcast, GeForce Experience, the GeForce Experience overlay, and the Nvidia Control Panel to find various settings. With AMD, everything is in a unified application that I can view on my desktop or through an overlay while I’m in a game.

The RTX 4090 is a massive graphics card, so much so that multiple cards melted power cables after being stuffed in PC cases. My PC is in a Lian Li PC-O11 Dynamic, which is one of the larger PC cases on the market. Even then, I had to smash the RTX 4090’s power cable against the side panel to get it back on.

The RTX 4080 is the same size, and the RTX 4070 Ti is nearly as large. Nvidia’s latest GPUs take up a lot of space in your PC and usually block access to other connections.

With the RTX 4090 installed, I avoided installing a PCIe capture card and removed a PCIe Wi-Fi adapter I had installed. With the RX 7900 XTX, I’m able to access at least one additional PCIe slot, and without a mess of cables to fit the RTX 4090’s power adapter.

AMD’s card is much smaller and leaves a lot more room in my PC. However, it introduces other issues. Even ignoring the multiple reports of overheating RX 7900 XTX graphics cards, AMD’s latest GPU gets loud and hot. The RTX 4090 may be massive, but it runs much cooler and quieter. Pick your poison.

I need to point out reports of a large number of defective RX 7900 XTX GPUs, though. My RX 7900 XTX never overheated, but it’s important to highlight this problem given its potential scope.

Not a perfect switch

I don’t miss using an Nvidia GPU after switching to the RX 7900 XTX for a month, but that doesn’t mean AMD is free of problems. For as robust as AMD Software is, for example, I encountered a handful of bugs that would occasionally cause stuttering or very low frame rates in games. Relaunching the app always fixed the problem, but I never had those issues with Nvidia.

Nvidia’s latest GPUs also support DLSS Frame Generation, which is a huge boost in games like Spider-Man Miles Morales and Warhammer 40,000: Darktide. AMD has its FidelityFX Super Resolution (FSR), but it’s not anywhere near as good as DLSS 3 is.

There are some areas where Nvidia has an edge, but as staunch Nvidia user for many years, I didn’t miss much. For chart-topping performance and a robust list of features, Nvidia holds the crown. Still, I haven’t swapped the RX 7900 XTX out of my system yet.