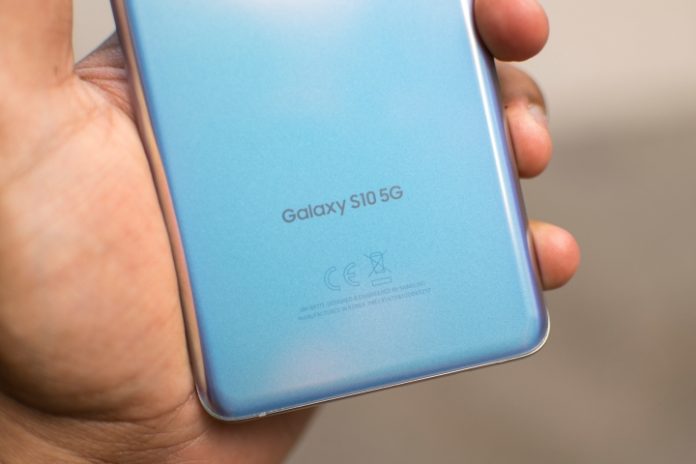 I don’t want to see 5G on any phone in 2023. Why? It’s a complete waste of space, nobody actually uses it, and to the average person on the street, it means absolutely nothing. Yet, it has been a regular feature on new phones for years now.

Before everyone gets all uptight and starts stabbing out an angry email, I’m not talking about 5G, I’m talking about the tiresome practice of adding 5G to the end of phone names. We get it, it has 5G. So do the vast majority of phones out there, and it’s time to differentiate those that don’t, rather than those that do.

At the beginning of 2019, there were only a handful of smartphones able to connect to a 5G network. The Samsung Galaxy S10 5G, the LG V50 ThinQ 5G, and the OnePlus 7 Pro 5G to name just a few of them. These were distinct devices, notable for having a 5G-capable modem inside, and you’d have to make an actual effort to go out and buy them. Separating them from their 4G cousins by adding 5G to the name was logical. It made sense.

After all, 4G smartphones were still the norm. Making it clear to potential buyers they were looking at a 5G-ready phone was responsible, as they were considerably more expensive than their 4G counterparts, and a 5G signal wasn’t common. The massive Galaxy S10 5G cost $1,300 at launch, while the 4G Galaxy S10 Plus cost $1,000, so pointing out the primary reason for the higher cost at every opportunity was the right thing to do.

5G was new, it was different, and was being touted as the future. Getting it out quickly and into the mainstream consciousness was important — mostly due to the massive amount of investment companies like Qualcomm, Samsung, and Huawei were putting into it at the time. Slapping the name 5G on everything that came along made sense from a business perspective. But those days have passed, and now it’s just pointless and messy.

We don’t need a reminder that 5G comes as standard

Here’s what I mean. We may call it the OnePlus 10 Pro, the Galaxy S22 Ultra, and the Motorola Moto G (2022). But the full names, as stated on their respective websites, are the OnePlus 10 Pro 5G, the Galaxy S22 Ultra 5G, and the Moto G 5G (2022). These are just a few examples, but I’m not about to list every single phone with 5G in the name here. I don’t have the space, time, or patience for such an endeavor. What’s frustrating is you can pretty much be assured that any smartphone over a certain price will come with 5G today, so why does the point need to be hammered home?

I wondered if adding 5G to the name was a condition of a licensing agreement with Qualcomm, and it still could be, but there’s inconsistency in product ranges, and some (but not all) MediaTek-powered phones also get 5G tacked on to their names, which makes me think otherwise.

For example, the Realme GT 2 Pro doesn’t have 5G in its name, but it does have a 5G modem and a Qualcomm Snapdragon 8 Gen 1 processor. However, the Realme 9 with a Snapdragon 695 chip and 5G is listed as the Realme 9 5G. The Galaxy S21 in the U.K. came with a Samsung Exynos 2100 processor but was still called the Galaxy S21 5G, just like the Snapdragon-powered version sold in North America. The MediaTek-powered OnePlus Nord 2T’s full name is the Nord 2T 5G too. It wouldn’t change my mind if it did turn out to be a licensing thing, as it wouldn’t stop it from being an outdated and meaningless practice.

It’s not a trend about to die out as we leave 2022 behind, either. One of the first smartphones we officially know about that’s coming early in 2023, the OnePlus 11, is really called the OnePlus 11 5G. I’m not shocked at all the OnePlus 11 will have 5G, and I’d be far more shocked if it didn’t. Because almost all mid-range and flagship phones have 5G today, we’re at the point where singling those that don’t have it would be far more advantageous and meaningful for buyers.

It’s time to bring 4G back

When looking at phones for this story I found there are six different Realme 9 phones available on the company’s website. Only two of them have 5G in the name, but four of the six phones have 5G modems. This is stupid, but I’m not worried about the baffling range, as it’s a subject for a different story. It’s the 5G-less Realme 9 and Realme 9i that concern me because they actually show the way forward here.

Most people will want a smartphone with 5G onboard, for longevity’s sake at the very least. We’re coming up to four years since the Galaxy S10 5G came out and genuinely needed the special tag at the end of its name. The tag isn’t needed in 2023. Instead, now let’s start tagging phones that don’t have 5G — a feature considered standard today. Those two Realme phones that don’t have 5G are the minority in the product range, and it would make a lot more sense to call them the Realme 9 4G and the Realme 9i 4G.

Instead, now let’s start tagging phones that don’t have 5G.

5G is not a point of differentiation anymore, and shouting it out by elongating already complicated phone names doesn’t help or inform anyone. No one actually says it, either. “I’ve got the new Galaxy S22 Ultra 5G” are not words you’ll ever hear, not least because there isn’t one without 5G available, making the 5G bit entirely moot. If it’s a licensing agreement that’s the cause of this naming madness, it needs to change. If it’s a habit on the manufacturers’ part, then marketing departments need to quit, cold turkey, today.

To help them do so, just get them to start slapping 4G on the phones that don’t have 5G. It may help inform at least one purchase in the future, and that’s more than putting 5G at the end of the next flagship phone’s name will do.