HomeNewsHow New Technology and Designs Are Impacting the Development of Future Correctional...
News 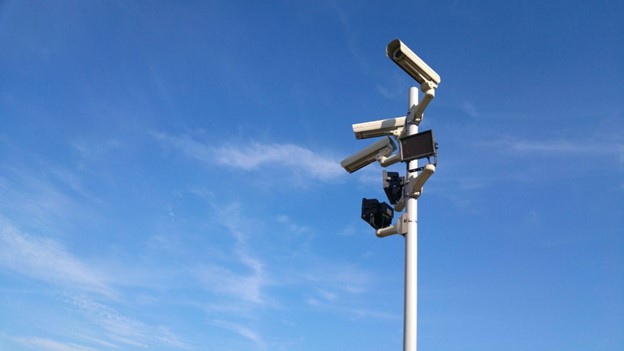 The American prison system is said to be one of the most used correctional systems in the world and is said to be home to up to 20 percent of the world’s incarcerated population. This number has come into place after mandatory sentencing laws were applied in the United States for many offenses, particularly drug-related offenses, violent crimes, and firearm offenses. It is also one of the most expensive institutional systems in the world, with the United States correctional system costing the nation up to $45 billion annually and just over $30,000 annually to fund and guard every inmate in America.

Still, with American facilities housing some of the most serious offenders in the world, it is a necessary cost to keep Americans safe and alive. For all prison security levels today, costs have increased as a direct result of the need for more safety within facilities, and more accountability and tracking for both inmates and employees. The tracking and tracing of every moment inside the walls of prisons today is critical in ensuring the safety of employees and inmates as well. As such, technology and new prison designs and innovations are resulting in the development of improved correctional facilities that will in time pay for themselves and reduce the costs per inmate. Learn more about the ways in which technology is impacting the administration and development of present and future correctional facilities.

The System’s Approach to Technology Has Been Resistance Historically

From a historical perspective, the system’s approach to technology has overall been resistant. Many professionals and experts in the field find technology in a facility to be a hindrance rather than a positive job aid. In an institution where everything and every person must be tracked and monitored, having more technology to track and monitor puts a burden on the system from both an infrastructure perspective and a safety perspective.

Mobile devices, for example, are a commodity in jail, almost as much as narcotics and drugs would be. Bringing mobile devices into a jail for the employees for tracking and administrative purposes puts their safety at risk, in a job where they are already putting their lives on the line everyday for. Because unregulated technology inside a correctional facility is taxing the system, there is somewhat of a stigma of bringing more technology into the system as it requires more monitoring and administration. However, this mindset is changing as technology inside a correctional facility is improving such that implementation and administration of technology is making lives for employees safer and easier.

A smart building is a building that is equipped to run and automate many things on its own, such as heating, security, and access points. A correctional facility is not going to be any different and can be equipped with even more advanced technology for a fraction of the cost that labor resources would take over a span of five to 10 years. Today’s, and tomorrow’s, correctional facilities will be equipped with sensors that are networked to guards and cameras that will do the work of multiple employees at once. This will save lives in jails, and already is today.

Correctional facilities that are equipped or developed with smart concepts in mind will help employees to locate inmates, locate their own belongings, and help to control what goes in or outside of a correctional facility. A smart facility will also be able to spot violent incidents before they occur and alert the guards accordingly.

In addition to providing smart services that will keep everyone inside a facility safer, technology can also help with loss prevention and tracking in a jail system. Today’s facilities, and those of tomorrow will have equipment lockers that are more advanced than those with a combination or padlock. Smart lockers will help guards and employees to track every piece of equipment inside the system, and to even alert management when equipment is not returned in time.

All smart equipment built into today’s and tomorrow’s facilities will also be connected to software applications that improve accuracy in logging for both equipment and inmate monitoring. This interconnectivity will also produce data that will improve accuracy in guard reporting and aid in management decisions. And, while many historically have resisted the notion of technology inside, today’s newer guards are more amenable to mobile devices and interconnectivity as they are replacing hours spent writing and generating reports required for necessary work flow. In many cases in a prison system, a guard will need to file reports quickly for emergent or immediate changes in an inmate’s case, and technology today is making those jobs easier.