Google’s failing Pixel ecosystem is the key to beating Apple 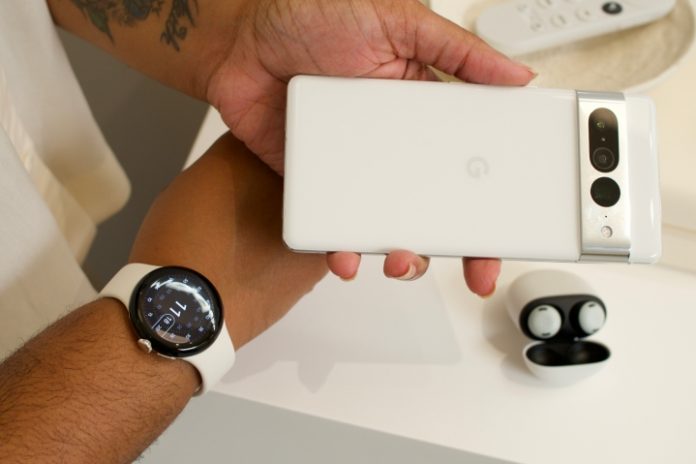 The Apple ecosystem remains one of the more powerful ecosystems you can find, but Google this month reminded us at CES 2023 that its Google ecosystem is just as powerful. And it’s only getting better.

Not simply that, but it’s an ecosystem that’s independent of Google. Though it has distinct ties to the company, it can survive without buying a single piece of Google hardware — and that is where its value ultimately lies.

Why Apple’s ecosystem lock-in is so good

The Apple ecosystem needs no introduction for anyone even tangentially connected to tech. It’s the term given for the synergy that one can get when purchasing all Apple products. That synergy grows exponentially; the more people have Apple products, the more useful the ecosystem gets.

Take something like iMessage or AirDrop. It’s good and laudable that it can work with all your devices seamlessly, but they are no good if they can’t interface with those of your friends. As a result of the sheer popularity of Apple’s devices in the western world, Apple’s ecosystem has turned into a self-perpetuating machine, and it’s something that other companies would love to emulate for that very reason.

The more people have Apple products, the more useful the ecosystem gets.

“#MadeByGoogle” is Google’s own attempt to mimic the Apple ecosystem. There, if you equip yourself with a bevy of Google products, you’ll be able to have a similar experience as with Apple products. Your Pixel Buds follow you from Pixel phone to Pixel phone, you can access your phone’s photos on a PixelBook with a click, your Nest Mini can form the center of your home, while your Pixel Tablet and Pixel Watch round out the slate.

I’ve criticized Google’s ecosystem before for being an inconsistent one, and the same still holds true in 2023. The Pixel Tablet is yet to materialize, who knows when the Pixel Watch would be updated, and there’s no Pixelbook 3 because Google is done with laptops this year.

Google isn’t the only company to attempt to imitate the Apple ecosystem. Microsoft has its Surface devices as well as a toe in the mobile market with the Surface Duo. Might a Surface Solo or Surface Fold be forthcoming? The folks at Windows Central certainly think so. Samsung has tried to imitate Apple’s ecosystem, but the varying ecosystems (none of which it directly controls) don’t quite mesh together as cohesively. As an Android, Windows, and ChromeOS manufacturer, it is beholden to both Google and Microsoft to push its ambitions. Is that a good idea? Huawei would say, probably not.

On the other hand, Google’s failings have created a powerful ecosystem that supersedes Apple’s in one way — it’s widely available. Android is one of the most widely used software platforms on the planet. Certainly, Apple has an advantage in some countries, but on a larger scale, Android is more widely used. Google has also done a lot of work in making sure that some of the touted Apple ecosystem features are available on all platforms that allow it.

Google’s failings have created a powerful ecosystem that supersedes Apple’s in one way — it’s widely available.

This means that not just Chromebook users, but Windows 11 users can try out quite a few integration features through Microsoft’s Your Phone Companion feature. For more specific features like App Streaming, there are certain limitations, and then it breaks down to more brand-specific tools. But broader features — sending files across devices, universal clipboards, messaging across platforms, and so on — all work.

Of course, Google fails at driving the engagement that makes Apple equivalent features useful. Whether due to poor branding — like with RCS and Nearby Share — uneven feature rollouts, or a lack of confidence in Google supporting its own services for an extended period. The company has built a powerful ecosystem, but it’s been handicapped by factors outside its control.

There’s a tendency in tech to consider things that Apple does as the best way and an ideal to slavishly strive for. Of course, there’s no denying that Apple is incredibly successful and that there is wisdom in following the well-beaten path. However, Apple’s ecosystem approach places an undue amount of trust not only in the company but that all the individual cogs that make up the ecosystem will work well and will continue to do so in the future.

If you’re not a fan of the iPhone 14 Pro Max because its cameras don’t agree with you, to throw a random example out there, you’re kind of stuck. At the same time, putting all your tech eggs in one basket rather than spread out carries its own risks — as anyone following Twitter will agree. It’s true that Google wants to have an ecosystem like Apple. The cool thing about Google’s multi-pronged approach, though, is that we don’t necessarily have to care.