HomeNewsGeForce Now Ultimate is a winner, even halfway across the country
News

GeForce Now Ultimate is a winner, even halfway across the country 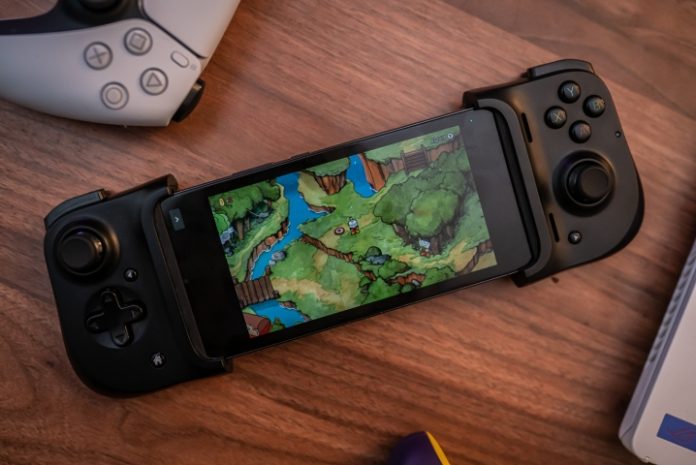 Nvidia’s GeForce Now cloud gaming service has always been among the best game-streaming services on the market, but how does it hold up when you’re not near a data center? Nvidia gave me a chance to try out the new Ultimate tier, fitted with its “RTX 4080” capabilities, but there was a slight problem — I wasn’t near any of the data centers.

For this brief preview period, Nvidia only enabled a couple of data centers, one on the East Coast and another on the West Coast. I’m located in the dead center of the U.S., but Nvidia still gave me access. And after trying GeForce Now Ultimate, even halfway across the country, I came away extremely impressed.

Before getting into using GeForce Now, I need to clarify that no paying user will be in the position I was in for my preview period. Nvidia has nearly a dozen data centers spread across the U.S., so you’ll have something nearby. My situation is unrealistic, but it’s a compelling testament to Nvidia’s cloud gaming tech.

For the vast majority of my testing, I was around 40 to 50 milliseconds of network latency, which is just over the 40ms or lower Nvidia recommends for a smooth experience. Still, I didn’t have any problems, and the increased performance of the new RTX 4080 SuperPODs is a big reason why.

This new tier allows you to stream at up to 4K at 120 frames per second (fps) or 1080p at 240 fps (in select games). Higher frame rates don’t change the latency of your internet connection, but they do reduce the total latency in your gameplay experience. You’re seeing more frames every second, allowing you to respond faster.

This was clear when I tried out Apex Legends. I’m not a highly competitive player, but I’ve dumped thousands of hours into first-person shooters, so I’m a solid representation of the average person playing these games. After a couple of games, I just forgot I was streaming from the cloud. That’s the higher frame rate combined with Nvidia’s Reflex latency tech at work — even under poor network conditions, these features go a long way to reduce total system latency.

I also tried out Cuphead and Blasphemous. These games both have very tight windows for inputs, so precision is key. Still, I wasn’t missing parries or tight jumps. Part of the reason why is that GeForce Now Ultimate supports variable refresh rate (VRR) on any monitor that supports VRR, and it uses a variable codec for streaming.

In short, these two features mean you’re getting the latest frame of a game rather than seeing old or repeated frames with a static codec.

The real test for me, though, was Destiny 2. I have 2,000 hours in Destiny 2 on Steam, and I know the feel of the game inside and out. It wasn’t perfect, with a slight delay between what my brain wanted to do and the inputs I was able to execute. Still, I was able to take on high-level content like Grandmaster Nightfall strikes and Raids without ruining the experience for other players on my team.

Even with a minor hiccup in Destiny 2, I’m comfortable saying that was due to my location. I had a flawless experience across the dozen or so games I tested, and under circumstances that are far worse than any subscriber will actually experience.

Nvidia is starting the rollout in Texas, California, and Germany, but it says it will add new cities to the list every week. If you’re outside of one of these locations, GeForce Now Ultimate will give you access to the RTX 3080 tier, but you’ll be upgraded to the RTX 4080 machines for free once Nvidia enables data centers in your location.

Nvidia has the latency aspect of cloud gaming down, but it’s still not the same as playing a PC game at your desk. And that largely comes down to the encoder that’s used for streaming the game.

The new GeForce Now Ultimate tier includes an AV1 encoder. In short, an encoder takes the raw video from the game and compresses it down into an easily-transmittable and readable format. AV1 is much better than previous-generation encoders, but it’s still not perfect.

In Star Wars Jedi: Fallen Order, you can see the blockiness in what should be a smooth gradient of the sky. The same was true with fog in Warhammer 40,000 Darktide. The latency of GeForce Now Ultimate can have you tricked that you’re playing natively on a PC, but these moments of encoding artifacts bring the experience back down to earth.

Fine detail in the distance also suffers, as you can see in Destiny 2 above. The distant branches and railings show up as blocky pixels. You don’t notice these individual elements while playing, but the encoding artifacts make the image look less sharp further away from the camera in large vistas like the ones present in Destiny 2.

I’m fine dealing with these artifacts — they don’t break the experience of playing, and the AV1 encoder is far ahead of what Nvidia was using before. It’s not the final destination, though.

The GeForce Now app still needs some work, too. Nvidia has done a lot with this app, and it includes some great features like automatic syncing with your Steam library and various library filters. It needs to go a bit further, though. For example, there’s no way to tell if your controller is connected, which sent me into a loop of closing and reopening a game twice during testing.

Similarly, launchers don’t always play nicely with GeForce Now. Nvidia has done a lot of work to improve compatibility over the last few years, but I still encountered a handful of games that I had to relaunch a few times to get the launchers to work. This was particularly an issue in games with multiple launchers like the Steam version of Jedi: Fallen Order.

A perfect compliment to a gaming PC

Even if GeForce Now isn’t identical to using a local PC, it’s closer now than it has ever been. The latency improvements are astounding, and from a playability standpoint, I don’t have any issues using GeForce Now Ultimate to play even highly competitive games like Apex Legends and Rainbow Six Siege.

The encoder still isn’t perfect, even if it’s a stark improvement over the previous version, and the GeForce Now app still needs some extra features. But Nvidia has continued to improve its service at a torrid pace over the last few years, and I don’t see that stopping any time soon.

Overall, though, GeForce Now only makes sense if you already have a gaming PC. It pulls games from your Steam, Ubisoft, and Epic Games accounts, rather than offering a library of stream-able titles like Xbox Game Pass. It’s a perfect complement to a gaming PC, allowing you to play on your phone, laptop, and browser without losing any progress.

At $20 per month, the Ultimate tier is more expensive than Xbox Game Pass, but only by $5. It depends on how you want to play and the library of games you have access to, but one thing is for sure — Nvidia GeForce Now Ultimate provides the best experience that I’ve had with cloud gaming, even halfway across the country.