HomeNewsDirectX 12 vs. DirectX 11: which is best for PC gaming?
News 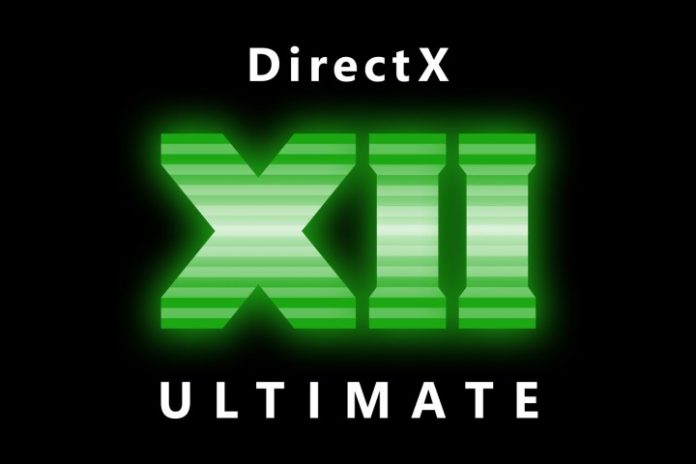 DirectX 12 is the latest graphics API that powers Windows 11, but many of the best PC games still either run on DirectX 11 or include an option to switch. Which should you choose?

Although most updates to DirectX are iterative, DirectX 12 represents a massive shift for the API Microsoft has been developing for several decades. It can massively improve performance in your games, and it has a few unique features that DirectX 11 doesn’t have access to.

We have a full explainer breaking down what DirectX is, but it’s important to quickly cover what a graphics Application Programming Interface (API) is. A graphics API handles translating instructions from software (your game) into standardized instructions for your hardware (your graphics card and processor).

Not all graphics APIs are built equally, however. As you can see in our breakdown of the Vulkan API, it provides better performance than DirectX in most games. API overhead can represent a significant difference in performance while playing games, so while it may seem fine to use whatever version of DirectX you want, it can be one of the most important settings to tweak.

The use of raytracing in Battlefield V.

It’s an important distinction between DirectX 11 and DirectX 12. In short, DirectX 12 allows game developers to target optimizations closer to the hardware, reducing the overhead incurred from the API and graphics driver. In turn, it’s also more difficult for developers to work with.

At launch, DirectX 12 actually showed slightly lower performance than DirectX 11, mainly on the back of its complexity. However, developers have targeted DirectX 12 more — ahem — directly over the past several years and squeezed out more optimizations. As we’ll get to next, DirectX 12 performs better than DirectX 11 in most games.

Another significant change in DirectX 12 is parallel compute.  DirectX 11 handles serial operations, which means there’s a single queue of operations that execute in order. Parallel compute opens up the option for developers to make multiple calls at the same time, vastly improving the efficiency of operations.

Similarly, DirectX 12 opens up the possibility of asynchronous operations. This is similar to parallel compute, but they’re not the same thing. Asynchronous compute allows your hardware to continue operations without waiting for another operation to complete. For example, your CPU can execute an introduction to receive textures from memory and move on to executing another function (like AI for a character) without waiting for that memory instruction to finish. This prioritization can shave minor bits of latency in thousands of places, making your games run much faster overall.

Finally, DirectX 12 also supports a range of features from DirectX 12 Ultimate. You can read about these in our breakdown of DirectX, but they include ray tracing and variable rate shading, among other visual and performance features.

We saw “almost” because the API isn’t the only factor in performance. Certain games don’t see much of a benefit from DirectX 12 because some games see more of a benefit from low-level optimizations than others. Dying Light 2, for example, sees basically no change in performance. But Civilization VI, which has massive AI workloads that benefit from asynchronous compute, sees a huge improvement. Shadow of the Tomb Raider and Tiny Tina’s Wonderlands sit somewhere in the middle.

Games aren’t the only factor. The results above were gathered with an AMD RX 7900 XTX, which is from AMD’s most recent generation. Newer graphics cards and processors will see a larger benefit from DirectX 12 than older generations.

There’s a pretty wide net here, though. We’re talking about the last several generations seeing an improvement, while graphics cards that are close to a decade old see a smaller improvement. If you have a modern PC, DirectX 12 is usually the right answer.

Should you use DirectX 12?

There are a dozen or more games that support DirectX 11 and DirectX 12, including Civilization VI, Control, Shadow of the Tomb Raider, and Dying Light 2. Most games will default to using DirectX 11 for compatibility purposes, but it’s a good idea to change over to DirectX 12 mode.

The only exception is if you have an older PC dating back 10 or more years. Older hardware may run smoother on DirectX 11, or DirectX 12 may not provide much of a benefit at all. The vast majority of people, however, should choose DirectX 12 for its more extensive features and better game optimizations.