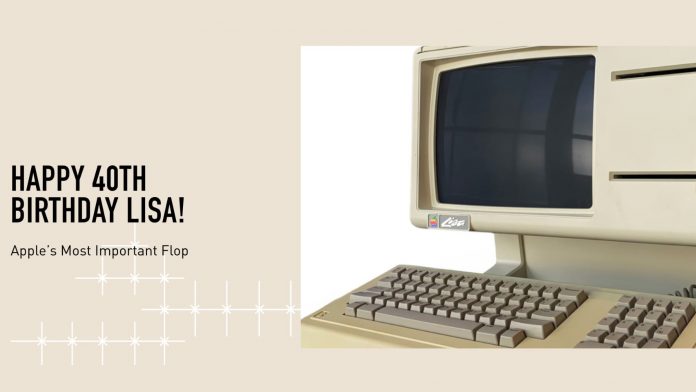 The Computer History Museum located in Mountain View, California, today released the Apple Lisa source code, including its system and applications software. Today happens to be the 40th anniversary of the original January 19, 1983 release of the Apple Lisa.

Aimed at business users, the Apple Lisa was priced at close to $10,000 when it was introduced, and the high price tag combined with software issues and problems with floppy disks caused it to be something of a commercial failure. Though it was largely replaced with the much more affordable Apple Macintosh and Lisa 2 after just two years, The Apple Lisa is known for its innovative use of a graphical user interface (GUI).

The Apple Lisa included several apps, such as a word processor, spreadsheet, and charts, all of which were bundled with the system. The GUI was inspired by Xerox PARC’s Smalltalk system, but had its own innovations that ultimately inspired Apple’s future operating systems as well as Microsoft’s Windows software.

Those interested in downloading the Apple Lisa code can do so through the Computer History Museum website.

The code is being released as part of the Computer History Museum’s ongoing “Art of Code” series, which explores historical code releases that power significant developments in computing. There will be a hybrid in-person/online event on January 31 at 7:00 p.m. Pacific Time that will commemorate Apple’s PC journey and highlight what made the Lisa the company’s “most important flop.”Tag: Computer History Museum
This article, “Computer History Museum Releases Apple Lisa Source Code on 40th Launch Anniversary” first appeared on MacRumors.com