Razer is tapping into the cloud/mobile/handheld gaming craze with the Edge 5G. It’s a unique device, packed with a powerful Snapdragon G3x Gen 1 mobile chipset for native Android gaming, as well as 5G and Wi-Fi 6E support for on-the-go cloud gaming. I had a chance to try it out at CES 2023, and it’s the best iteration of this type of device we’ve seen. But it still loses on principle.

If you’re unfamiliar with the Razer Edge, it’s basically a phone that you can’t call or text with combined with Razer’s Kishi V2 Pro controller. The controller isn’t the same as the $100 Kishi V2 you can buy now — it’s almost identical, but Razer added haptics for the Edge. You can’t buy this updated version, but when I asked Razer if it planned to bring the Pro to market, the company left the door open. 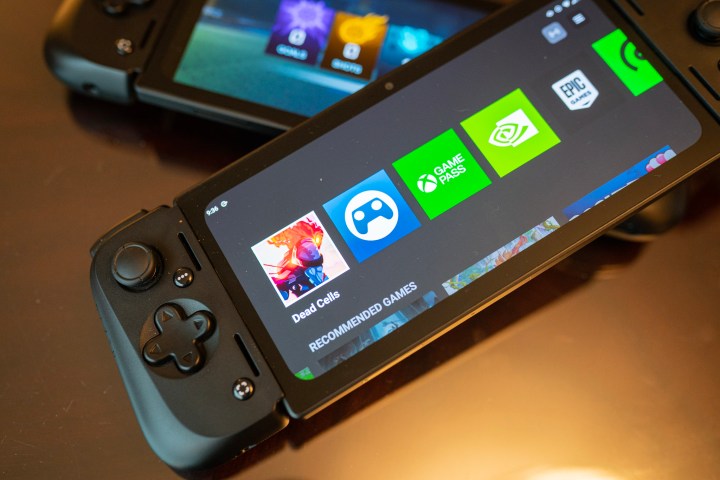 There are two versions available, one solely with Wi-Fi 6E and another with 5G and Wi-Fi available through Verizon (Razer even says there’s a deal with Verizon if you add a line). Make no mistake, though: you want the 5G version. Logitech’s mediocre G Cloud gaming handheld only supported Wi-Fi, and 5G is the big selling point for the Razer Edge’s true cloud gaming when you’re out and about.

And the connectivity works great. Even on the spotty hotel Wi-Fi at CES, I was able to stream LEGO Star Wars The Skywalker Saga without a hitch and without any delay. Cloud gaming has come a long way. I played some of Dead Cells with its native Android port, too, and it felt wonderful.

For feel, the Razer Edge is top-notch. The Kishi V2 feels wonderful to use, and the overall package is much smaller than a device like the Steam Deck. Razer has a special area within the Android operating system, too. This includes your cloud gaming apps like GeForce Now and Xbox Game Pass, alongside native Android games like Dead Cells.

If anything, this hub is the special sauce of the Razer Edge. In addition to you games, you can remap controls easily, configure your haptics, and more. You still have a full Android experience outside, but a UI purpose-built for controllers is what’s missing for cloud and mobile gaming right now.

There’s no doubt in my mind; the Razer Edge 5G is the best version of this type of device I’ve seen, but it’s misguided from the start when your phone has more functionality. Razer’s position seems to be that a device like the Edge saves battery life on your phone and gives you a dedicated platform for gaming. That’s true, but not enough to tip the scales based on what I’ve seen so far.

The price certainly doesn’t help. At $400, the Razer Edge 5G is competing with the Steam Deck without being able to natively play the large swath of games Valve’s handheld has access to — and it’s $100 more expensive than the Nintendo Switch. If the idea behind cloud gaming is to provide cheaper options for people who can’t afford a console or PC, there’s no room for a device like the Razer Edge 5G.

I enjoyed using the device for a brief while, and I wouldn’t have any issues gaming on it for hours on end. But when it comes time to put down money, I’d be buying a Steam Deck or Nintendo Switch, or even just a Razer Kishi for my Samsung Galaxy S22 Plus. The biggest argument I can see for the Razer Edge is emulation — but once again, simply buying a Kishi and using your phone already solves that problem.

The Razer Edge 5G releases on January 26 through Razer’s website or Verizon.