HomeNewsApple's 'Reality Pro' Headset Said to Launch Before WWDC, Ships in the...
News

Apple’s ‘Reality Pro’ Headset Said to Launch Before WWDC, Ships in the Fall 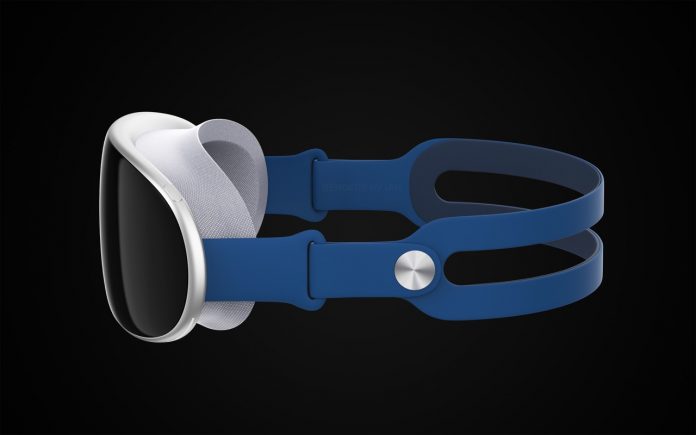 Apple’s AR/VR headset, likely to be named “Reality Pro,” will be announced during an event this spring before WWDC, which is typically held in June, before the product begins shipping this fall.

Concept render by Ian Zelbo based on purported leaked information
In his latest Power On newsletter, Bloomberg’s Mark Gurman says that Apple’s current plan is to announce the headset during an event in the spring, before the company’s Worldwide Developers Conference in June. According to Gurman, Apple plans to announce the product, then have developers introduced to its operating system, xrOS, at WWDC, before shipping it in the fall.

The final postponement, at least for the moment, happened last year. Up until fairly recently, Apple had aimed to introduce the headset in January 2023 and ship it later this year. Now the company is aiming to unveil it this spring ahead of the annual Worldwide Developers Conference in June, I’m told.

With the current plan, Apple could introduce the device to consumers — likely under the name Reality Pro — and then get developers up to speed on its software features in June. On this timeline, the company would then ship the product later in the fall of 2023.

Apple has been rumored to announce its AR/VR headset for the last several years, with 2023 seeming to be the year it finally happens. According to Gurman, Apple is already working with several “high-profile developers” on experiences and apps for the new headset and the ‌xrOS‌ operating system. Apple’s first headset is expected to be a high-end and niche product, focused on professionals and developers before a more consumer-friendly headset launches in the next several years.Related Roundup: Apple GlassesTag: Mark GurmanRelated Forum: Apple Glasses, AR and VR
This article, “Apple’s ‘Reality Pro’ Headset Said to Launch Before WWDC, Ships in the Fall” first appeared on MacRumors.com