HomeNewsApple’s massive spring event could be dead on arrival
News

Apple’s massive spring event could be dead on arrival 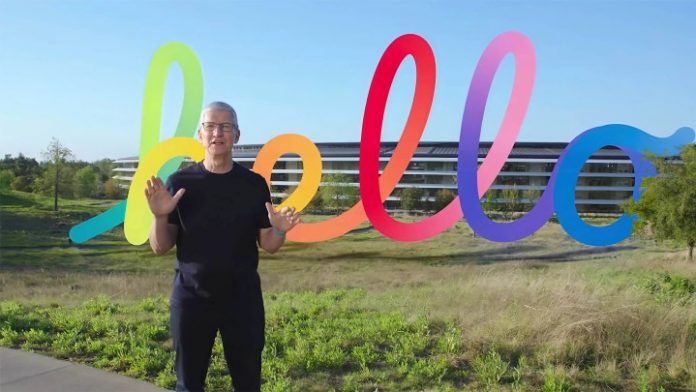 Recently, we’ve seen a flurry of rumors that Apple is planning a massive spring event where it could launch everything from a mixed-reality headset to a powerful new Mac Pro. Yet, recent events have threatened to bring that idea crashing down to earth.

That’s because numerous products shortlisted for the rumored event have launched well ahead of schedule. If this keeps happening, there won’t be anything left for Apple to show off come the spring.

In case you missed it, there were previously seven devices expected at the event:

That all started to fall apart at the beginning of this week. On Monday, January 16, rumors swirled from numerous sources saying that Apple was on the brink of launching new versions of the MacBook Pro replete with M2 Pro and M2 Max chips. This was months ahead of the reported spring release date, yet with so many different sources apparently independently confirming the news, it seemed believable.

Then, the 14-inch and 16-inch MacBook Pros were updated the next day. Sure, it wasn’t a huge upgrade — just M2-generation chips and a few other tweaks — but that was one sure-ire crowd-pleaser that wouldn’t be at the event.

Apple then did something even more unexpected: it updated the Mac Mini at the same time. The rumor mill had been totally silent on this possibility, and it seems no one saw it coming. Another device was crossed off the spring event roster.

The next day brought another surprise when Apple released the second-generation HomePod. Sure, we all knew that was coming at some point in 2023. But this early in the year? The lack of rumors saying that would happen shows you how much everyone was in the dark.

Apple’s headset could be in trouble

With all those devices now updated, there’s no way any of them will be at the spring event. That leaves Apple’s mixed-reality headset (rumored to be called Reality Pro), the Mac Pro, the 15-inch MacBook Air, and the 27-inch display as the only possibilities. It means the spring event is looking sorely depleted.

And yet, there’s still more bad news, and it concerns the most exciting device rumored for the show: the Reality Pro headset.

Bloomberg’s Mark Gurman reported on January 17 that Apple’s plans for a pair of augmented-reality glasses had been put on hold indefinitely, mainly because the technology simply isn’t ready yet. While development of the Reality Pro apparently remains unaffected, it suggests all is not well in Apple’s mixed- and augmented-reality efforts, and comes after months of reports stating the headset has faced delay after delay.

Even if development of the headset remains more or less on track, both Bloomberg and The Information have claimed it will feature a bulky, cumbersome external battery. That’s because Apple hasn’t been able to make the power pack small and light enough to be comfortably worn as part of the headset. So even if the device does make Apple’s spring show, it might struggle to meet the already sky-high expectations that have been set for it.

That leaves us with just a handful of devices still expected for the spring event. While previously we were looking forward to a multitude of devices, now we will be lucky if we see just three or four.

Of course, the quantity of products on show might not be enough to deter Apple from going ahead. The company has hosted events with just a smattering of new products in the past — its “There’s More in the Making” event in 2018 featured just the MacBook Air, Mac Mini, and iPad Pro — but shows like that are few and far between.

What could be more concerning, at least to viewers, is the quality on display. Two of the rumored devices — the Mac Pro and 15-inch MacBook Air — are set to be fairly limited releases. Sure, the Mac Pro is getting an Apple silicon chip, but basically nothing else is changing. Similarly, the MacBook Air will mirror almost everything from the 13-inch MacBook Air except the display size.

That means if there’s no mixed-reality headset, there could be precious little to get excited about. I’m not one to usually moan about Apple events, and we definitely shouldn’t count our chickens before they’ve hatched. But the recent product announcements have made the spring event feel a little bit less enticing.