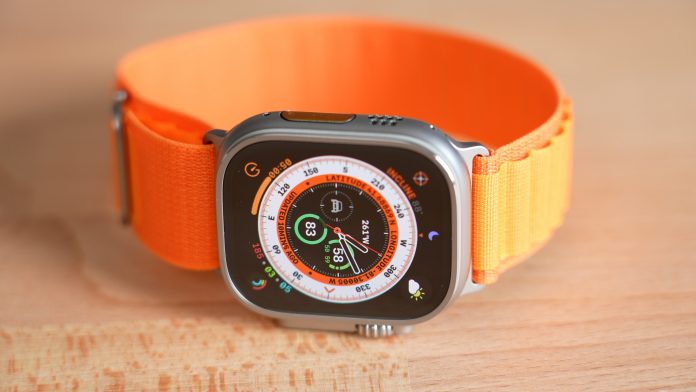 In addition to outlining his expectations for the iPhone 15 lineup today, tech analyst Jeff Pu said Apple will likely release two notable products in 2024, including the first Apple Watch with a micro-LED display and lower-priced AirPods.

In a research note for Hong Kong investment firm Haitong International Securities, Pu said a new high-end Apple Watch will likely adopt a larger 2.1-inch micro-LED display measured diagonally, which would allow for increased brightness compared to current Apple Watch models with OLED displays. This model would presumably be a new version of the Apple Watch Ultra, which launched last September and has a 1.92-inch display.

Pu referred to the lower-priced AirPods as “AirPods Lite,” but it’s unlikely that Apple would actually use this branding. He said these AirPods would be priced lower to compete with wireless headphones from other companies, but he did not share any further details. Currently, the $129 second-generation AirPods are the cheapest option from Apple.

Pu has a mixed track record in regards to predicting Apple’s future plans, and these AirPods and Apple Watch details have not been previously rumored, so this information is far from certain yet. Apple’s plans for its 2024 products could also change over time.Related Roundups: AirPods 3, Apple Watch Series 8Tag: Jeff PuBuyer’s Guide: AirPods (Neutral), Apple Watch (Buy Now)Related Forums: AirPods, Apple Watch
This article, “Apple Watch With Micro-LED Display and Lower-Priced AirPods Rumored for 2024” first appeared on MacRumors.com