HomeNewsApple to Start Transitioning Away From Qualcomm Modem Chips in Late 2024...
News 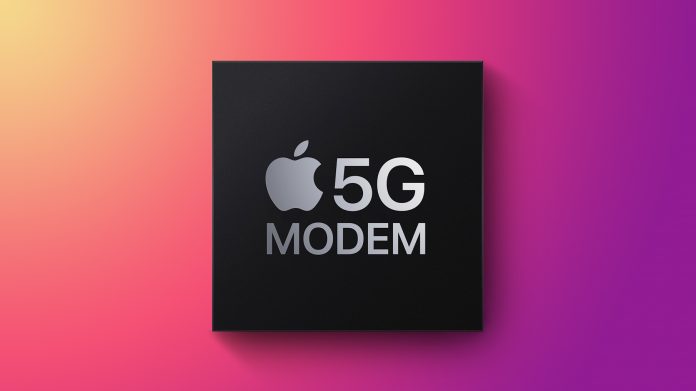 Apple wants to start replacing the Qualcomm modem chips that it uses in iPhones as soon as 2024, according to a new report from Bloomberg. Apple has been working on in-house modem chip technology for several years now, with the aim of reducing its reliance on Qualcomm.

Apple initially wanted to introduce its own modem chips as early as 2023, but Apple analyst Ming-Chi Kuo said in late 2022 that Apple would need to continue to rely on Qualcomm in the near future as Apple’s development efforts “failed.” At the time, Kuo said that Apple would continue working on its 5G chips, but that development would not be done in time for the launch of the 2023 iPhones, which Bloomberg’s report agrees with. Modem chip development has seen delays, and Apple will use a slow rollout to end its reliance on Qualcomm. Apple will start with using its own modem chip in a single device before expanding the rollout to other devices. The transition away from Qualcomm could take up to three years.

In addition to transitioning to its own in-house chips starting in 2024, Apple wants to stop using wireless components from Broadcom in 2025. Apple is working on a WiFi and Bluetooth chip that would replace the components that it is currently sourcing from Broadcom. Apple in 2020 signed a three and a half-year deal with Broadcom for wireless components and modules, with that deal set to expire midway through 2023.

While separate components to replace hardware sourced from Qualcomm and Broadcom are in development right now, Bloomberg says Apple is also working on a chip that will combine the cellular modem, WiFi, and Bluetooth functions into a single component. Broadcom also supplies Apple with radio-frequency chips and chips for wireless charging, both of which Apple is working on replacing.

Apple designs its own A-series chips for the iPhone and M-series chips for the Mac, and replacing modem chips and wireless components has been a priority ever since its Qualcomm dispute. Apple launched a legal battle against Qualcomm in 2017, accusing Qualcomm of unfairly collecting royalties for technologies it had nothing to do with. Apple wanted to transition away from Qualcomm with the shift to 5G to stop paying Qualcomm’s fees and instead use Intel technology, but Intel was not able to manufacture 5G chips that met Apple’s standards.

Apple was forced to settle its lawsuit with Qualcomm and has since used Qualcomm 5G modem chips for the ‌iPhone‌ and iPad lineups. Apple in 2019 purchased Intel’s modem chip business to get a head start on chip development, and 2024 may be the soonest that the technology is finally advanced enough for Apple to phase out Qualcomm.Tags: bloomberg.com, Qualcomm, Broadcom
This article, “Apple to Start Transitioning Away From Qualcomm Modem Chips in Late 2024 or 2025” first appeared on MacRumors.com

Facebook
Twitter
Pinterest
WhatsApp
Previous articleMSI Afterburner is on the brink of disaster, putting overclocking in jeopardy
Next articleWoah! Get a Google Pixel 7 for just $5 per month with this epic Verizon deal