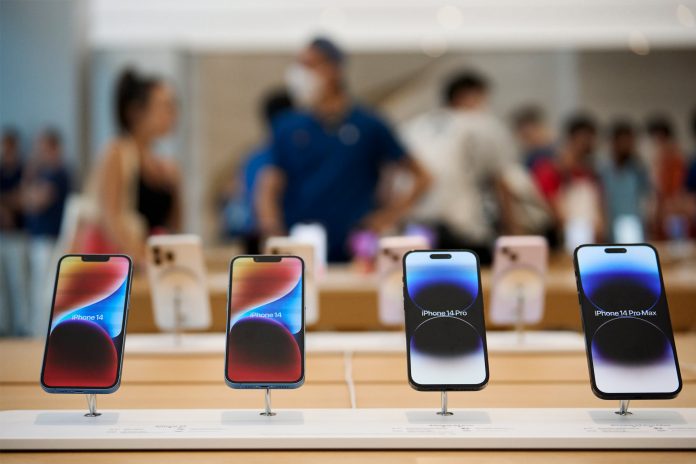 A future version of the Apple Store app will offer an augmented reality feature that allows customers to point their iPhone toward a product like a Mac in an Apple Store and instantly receive more information about pricing and specifications in an overlay on their screen, according to Bloomberg’s Mark Gurman.

In his newsletter this week, Gurman said Apple has been working on the feature since at least 2020 and has been testing it at stores in recent months, but it’s unclear when it will be made available to the public. He said Apple plans to release an accompanying API for developers so that other retail stores could use the feature too.

“If the service debuts in the near future, it would be one of Apple’s most significant AR-related launches to date — and a taste of what’s to come with the headset,” wrote Gurman, in reference to Apple’s long-awaited AR/VR headset expected to launch this year.Tags: Apple Store, Mark Gurman
This article, “Apple Store App to Offer Augmented Reality Shopping Feature on Your iPhone” first appeared on MacRumors.com