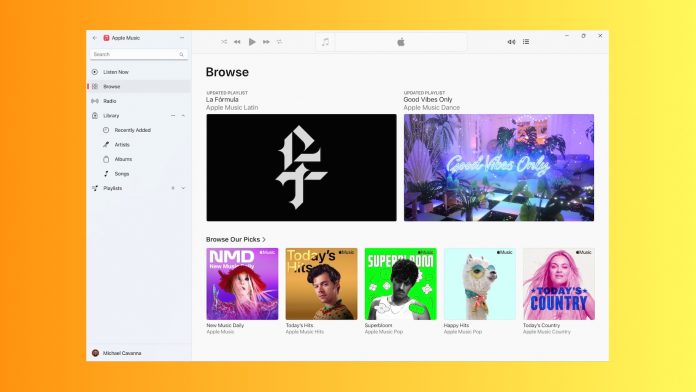 Last October, Microsoft announced that Apple Music and Apple TV apps would be coming to the Microsoft Store in 2023 for installation on Windows devices, providing significant improvements for users on those platforms who have had to access ‌Apple Music‌ via the web or Apple’s outdated iTunes for Windows app and Apple TV+ via the web.

Preview versions of the two apps, as well as an Apple Devices app for managing devices such as iPhones, iPads, and iPods from Windows machines have now appeared in the Microsoft Store, as noted by The Verifier [Google Translate].

In the app descriptions, Apple highlights that, as preview versions of these apps, “not all features may work as expected.” The company also warns that installing any of these apps will prevent iTunes for Windows from opening. As a result, other content types such as audiobooks and podcasts will be inaccessible until Apple releases a compatible version of iTunes or the user uninstalls the preview apps.

All three of the new Apple apps require Windows 11 version 22621.0 or higher.

Update: Users are currently unable to install the preview apps on their machines, but will likely be able to do so soon.Tags: Microsoft, Windows, Apple Music, Apple TV Plus
This article, “Apple Music and TV Preview Apps for Windows Appear in Microsoft Store” first appeared on MacRumors.com