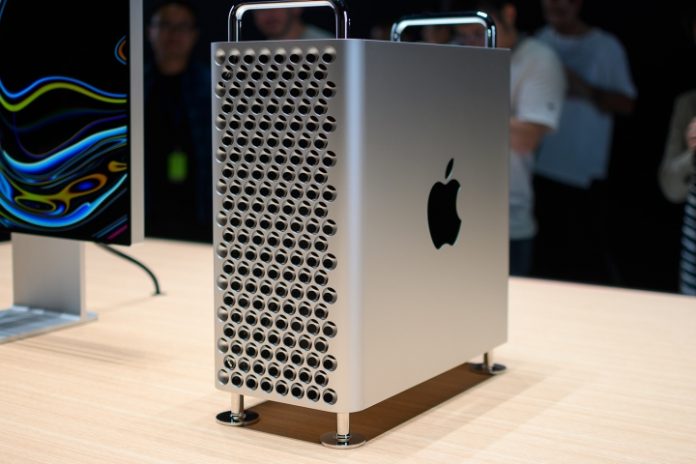 At the end of 2022, Apple passed an unwelcome milestone: It failed to release any new Macs in the fourth quarter for the first time in 22 years. Now, though, there’s some good news about those missing Macs.

If you believe LeaksApplePro, Apple may be planning to launch a slate of new computers at a barnstorming March event. The leaker took to Twitter to post their predictions, and they’ve understandably whetted the appetite of the Apple faithful.

According to LeaksApplePro, the event will showcase at least five new Macs. That includes a Mac Pro, a Mac Mini, a 15-inch MacBook Air, plus 14-inch and 16-inch versions of the MacBook Pro.

Starting with the Mac Pro, LeaksApplePro says it will be “cheaper and more efficient” than the current model and will be powered by an M2 Ultra chip. That last point mirrors what reporter Mark Gurman has previously stated, including that the Mac Pro will no longer come with an M2 Extreme chip.

The Mac Mini will apparently get an unchanged design alongside M2 and possibly M2 Pro chips. There were no details shared about the 15-inch MacBook Air or the two MacBook Pro models, other than the remark that the MacBook Air was “innovative.” The leaker has promised more details in subsequent posts.

As well as that, LeaksApplePro posits that Apple will launch a successor to the Pro Display XDR and that the company is still developing a new iMac Pro. As well as that, they make the rather bold claim that Apple is planning to ditch the Mac Studio, despite having only launched it in March 2022.

Should you trust these claims?

There have been murmurs for a while that Apple delayed its Macs because of production problems. However, LeaksApplePro claims that in fact Apple always intended to launch its next batch of MacBook Pro laptops at a spring event, and that it could bundle them up with other Macs that weren’t quite ready by the end of 2022.

Given Apple teased the Mac Pro at its event in March 2022, we’d say it’s long overdue, so a spring launch definitely makes sense. The Mac Mini still has an Intel option, while the MacBook Pro is also due for a refresh. That all lends weight to the idea of an update bonanza at a March event.

Indeed, Apple tends to hold an event in either March or April most years, so the leaker’s claims make a degree of sense. At the March 8, 2022 event, for example, Apple launched a new iPhone SE, new colors for the iPhone 13, a new iPad Air, plus the Mac Studio and Studio Display.

EXCLUSIVE: Apple plans to launch at least 3 Macs this March.

However, it is exceedingly rare for Apple to launch MacBooks at a spring event. The company did so in 2015 with the redesigned 12-inch MacBook, but that was virtually the only time it has ever happened.

As well as that, LeaksApplePro has what you might euphemistically call a “mixed” track record for accuracy. Before the iPhone 14 Pro launched, for instance, they claimed a source had seen it and that the notch/pill combination “doesn’t add anything new.” Apparently, no one told them about the Dynamic Island. They aren’t listed on AppleTrack’s leaker leaderboard either, indicating what that publication thinks of their accuracy.

All that’s to say you shouldn’t bet the farm on these rumors. While we expect new Macs soon, LeaksApplePro’s track record suggests you should be cautious.

Facebook
Twitter
Pinterest
WhatsApp
Previous articleTablets at CES 2023 are beating the iPad in big and unexpected ways
Next articleKuo: Apple No Longer Planning to Launch iPhone SE 4 Next Year