AMD’s overheating GPUs might be worse off than we thought 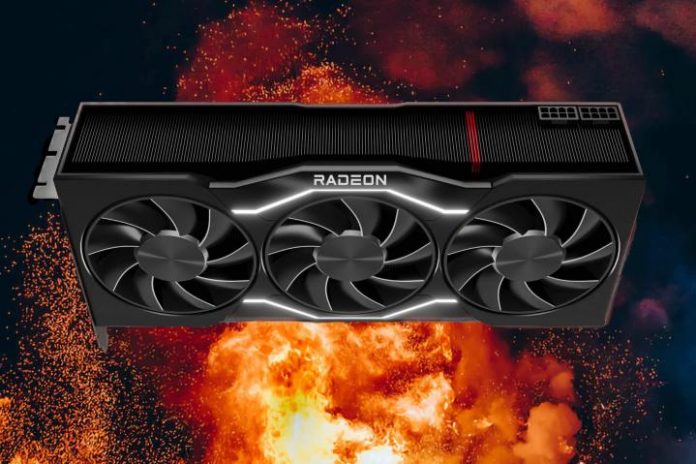 According to an in-depth analysis by an overclocking expert, the overheating issue that has been plaguing some AMD Radeon RX 7900 XTX graphics cards seems to be affected by the orientation of the card within the computer.

Popular overclocking expert Roman Hartung shared a video on his YouTube channel, der8auer, that delves into this thermal throttling issue, and he found some interesting results. If the RX 7900 XTX is installed with a vertical orientation, the graphics card seems to run 10 degrees to 15 degrees Celsius cooler than the same card laid horizontally.

While mounting vertically might provide a bit of relief to owners of AMD’s Radeon RX 7900 XTX, Hartung said that throttling still happened regardless of how the card is installed. This led to further experiments to try to identify what the problem is in hopes of solving it quickly, without a need to return the card to AMD.

Another test was done with the card mounted horizontally but upside down to check if gravity was pulling the cooler away from the GPU, potentially reducing its effectiveness. There was no change in the results and the RX 7900 XTX still got hot and throttled after a few minutes of heavy use. Hartung dove deep into a few other cooling details that also proved fruitless.

The theory that remains, if true, is more problematic: that there might be a defect in the vapor chamber used with the AMD Radeon RX 7900 XTX. Vapor chambers, also known as heat pipes, take advantage of the phase change of water boiling to become vapor before condensing to cool. When working properly, a vapor chamber rapidly transfers heat away from high-performance electronics.

Hartung’s tests were carried out on four AMD RX 7900 XTX reference cards, to allow for some variance. Larger samples result in better results and scientists rely upon hundreds or thousands of samples. Ultimately, AMD will be in the best position to identify and correct the overheating and resulting throttling issue.

The company has already officially responded to the complaints, but we’ll have to see if an official recall is in the works. Overheating issues have been an ongoing problem with the latest generation of high-powered GPUs, starting with the Nvidia RTX 4090’s melting cables.