HomeNews5 things the iPhone has to change in 2023 before I ditch...
News 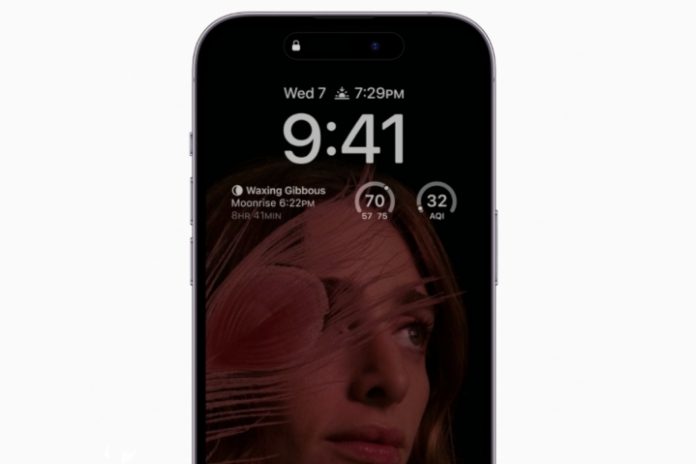 The iPhone’s operating system is many things, but perfect is not one of them. It’s been two years since I shifted to using an iPhone as my primary device, but I still use an Android as my secondary smartphone. And if I weren’t invested in the Apple ecosystem, I would have ditched my iPhone a long time ago.

I have been hoping desperately for iOS to get better at some things Android has been doing for years. For instance, I love scrolling through Twitter while watching a music video on YouTube. I can do this simultaneously on an Android thanks to multiwindow support, but iOS only offers picture-in-picture at best.

Before I can go all-in on the iPhone, these are the five features from Android that I need Apple to copy first.

Big changes to the always-on display

Apple introduced the always-on display with the iPhone 14 Pro lineup. It’s still ridiculous and sad that the feature is limited to the Pro lineup and unavailable on the iPhone 14 or iPhone 14 Plus. But that is a rant for another time.

Apple’s take on the always-on display was vastly different from Android’s when it first rolled out. It allowed the wallpaper to be visible on the screen despite being in the “always-on” state. Some liked it, some didn’t. The latter users forced Apple to introduce a way to disable wallpaper and only view the date, time, widgets, and notifications.

In my opinion, the always-on display with wallpaper gives personality to iOS, making it stand out from the competitors and proving that you can borrow some features from your nemesis in a way to make them your own. Here are a few ways that I think iOS 17 can improve its always-on implementation.

I know, I know — you can use Shazam from the Control Center to see which song is being played in your immediate surroundings. But having nearby songs displayed on your lock screen is easily one of the most underrated features of the Pixel phones.

For instance, I was on my way to a remote area on a bus, and the driver had a bomb playlist. I couldn’t get the name of the songs he was playing because Shazam doesn’t work without LTE or Wi-Fi. On the other hand, once, when I was in a cab with the Google Pixel 3 XL without a SIM, it was able to recognize the song and show the name on the lock screen.

It’s a simple but effective feature that can be used to impress your date if they ask you, “what song is that?” And, yes, I’m speaking from real-life experience here.

In this regard, Motorola is leading the way with its Peek Display. It displays the icons for each app’s notification on the always-on screen, and when you press and hold the icon, it shows the notification. All of this happens while the phone is in its resting state — it doesn’t light up the display. You can then choose to interact with the app (by unlocking the screen) or leave it be.

I’m not asking Apple to copy the feature as it is. Apple has the ability to borrow it in a way to make the feature its own. I would like to interact with the cards by long pressing them on the lock screen. That would be awesome.

I’ve been saying this since I began using iPhones: iOS isn’t the most productive operating system. Android is way ahead of iOS when it comes to productivity, and as we move into 2023, that lead is only growing larger.

Here’s what I’d like iOS 17 to borrow from its Android counterparts in the productivity department.

Samsung’s One UI offers multiwindow support, allowing you to access multiple apps simultaneously. Like I mentioned at the start of the article, I have the habit of watching a music video on YouTube while I scroll through my Twitter feed.

Another example of how I use it on Samsung phones is when I’m researching for a story. I open a Chrome tab at the bottom and have Google Keep at the top simultaneously to keep track of the important points I find in my research.

I’d love to do that on my iPhone 14 Pro Max’s big display. I feel like iOS 16 doesn’t know how to use all the screen real estate on its biggest iPhone. By providing it multiwindow support, Apple can further create a distinction between its regular iPhone and the Pro Max.

Xiaomi’s MIUI allows you to access one app on top of another. No, it’s not just YouTube playing in a small window on top of your Twitter feed — you can actually fire up other apps over Chrome or Twitter, and it works perfectly fine.

When I’m using a Xiaomi phone, I mostly find myself using the floating window for the calculator app. I earn in U.S. dollars and have to translate that into Indian rupees, plus do some tax calculations. In these situations, I open my invoice, and on top of it, I use the calculator app to manage my expenses.

Apple’s A-series processors have all the firepower to make this happen. For whatever reason, Apple chooses not to utilize it.

Oppo’s ColorOS comes with a one-handed mode that allows you to swipe from the center to the bottom-left or bottom-right corner of the screen to enhance reachability. The best part is you can use it like that for as long as you want.

On the other hand, my iPhone only allows me to swipe down from the bottom for reachability. And as soon as I let go of the first tap, it returns to full screen. For instance, if the Calendar app is at the top and you swipe down from the bottom to open it, it will open on the full screen rather than staying as it was. Good luck tapping on the top-left corner, if you need to.

The ball is in your court, Apple

I have high hopes for iOS 17. I wish Apple would build at least multiwindow support into iOS this spring, and I desperately need always-on screen improvements.

Will all of these suggested features get added? Almost certainly not, but I hope at least some of them make it into this year’s iOS update. If my iPhone’s always-on display becomes more useful and Apple finally gives us robust multitasking tools, it’ll be an exciting leap for iPhone software.