HomeNewsWith the iPhone 14 in trouble, here’s how Apple can save the...
News 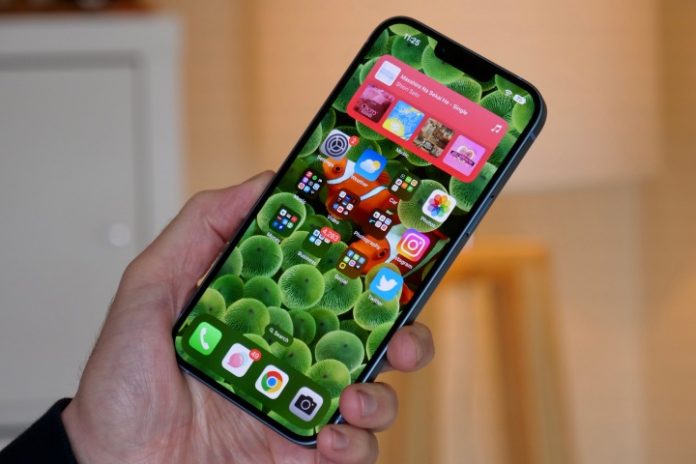 Apple’s iPhone, once lauded for its simplicity by only offering one model in different storage capacities, is more complicated than ever before. We’ve had at least four different versions to choose from ever since the iPhone 12 series, with the current iPhone 14 lineup offering the iPhone 14, iPhone 14 Plus, iPhone 14 Pro, and iPhone 14 Pro Max.

But one of those is not like the other, because it appears to be a technological flop. Yes, I’m talking about the iPhone 14 Plus. This is the model that Apple axed the mini size for, and it was an odd choice that I’ve been questioning ever since Apple made the official announcement. The failure of the iPhone 14 Plus is also of concern at Apple headquarters, as the company is reportedly looking at ways to re-strategize the iPhone 15 lineup in 2023.

What went wrong with the iPhone 14 Plus?

There are two main reasons why the iPhone 14 Plus seemed to flop: price and redundancy. Basically, the iPhone 14 Plus is very expensive for a very incremental upgrade, and you could even get last year’s iPhone 13 Pro Max for less if you primarily care about screen size.

Digital Trends’ mobile news writer, Michael Allison, went into more detail about the failure of the iPhone 14 Plus, so I’ll summarize it here. The biggest point of failure is price: the iPhone 14 Plus starts at $899, just $100 more than the baseline iPhone 14. For slightly more, you can go for the iPhone 14 Pro Max, which has the faster A16 Bionic chip, 48MP main camera, Dynamic Island, an always-on 120Hz ProMotion display, and more. The price point for the iPhone 14 Plus just doesn’t make any sense, and it’s clear that no one is going out of their way to get it — especially in this economy.

The iPhone 14 Plus is not much different from the previous iPhone 13 Pro Max before it. There’s still a notch, no always-on display, A15 Bionic, 12MP main camera (though there’s no telephoto lens on the 14 Plus), and no Dynamic Island. If all you want is a larger screen, you can get by with last year’s iPhone 13 Pro Max and save some money. The only advantage of the iPhone 14 Plus is the fact that it’s a bit lighter, and you get safety features like emergency satellite connectivity. But that’s it.

I’m still a little surprised that Apple got rid of the mini size iPhone for this … oddity. It’s too expensive, barely anything was upgraded, and is best described as “redundant.” And let’s not forget the fact that it became available a month after the iPhone 14, iPhone 14 Pro, and iPhone 14 Pro Max too, which certainly didn’t help its case.

The iPhone 14 Plus was dead on arrival before anyone could even buy it; there’s a reason it made our list of the worst iPhones of all time.

A mini iPhone made the best sense

One of the biggest mysteries to me was why Apple got rid of the mini-size iPhone and, instead, replaced it with the exact opposite. Sure, the mini may not have sold as well as the standard or Pro models of the iPhone, but there is a market for a smaller phone versus a larger one that is both overpriced and underwhelming.

I personally would prefer to have a smaller phone. Why? I like to use my phone one-handed, and though I currently use the iPhone 14 Pro, I struggle with one-handed use due to having petite hands. It’s an absolute pain for me to reach for things in the upper left or right corners of the screen, even with the help of a PopSocket or other phone grip. I can’t do it in a way that is either natural or comfortable for me. Though I never had the iPhone 12 mini or iPhone 13 mini, I believe I would have loved that 5.4-inch screen size, as it wouldn’t be as difficult for me to reach those corners.

I know some of you will say, “use your phone with two hands, it’s not a big deal.” But have you ever tried juggling your phone in one hand with a baby in the other, or you’re enjoying some finger foods or a drink, or carrying a lot of stuff in one hand and you need to respond to someone texting you? It’s an absolute pain in the butt.

Yes, I’m aware I can toggle Reachability or the one-handed keyboard mode, but I’m not a fan of either of those. Plus, a smaller iPhone would be easier to fit into those pathetic excuses for pockets that they put on women’s clothing.

There have been rumors circulating lately about Apple possibly introducing an “iPhone 15 Ultra,” similar to the Apple Watch Ultra that launched earlier this year. This iPhone 15 Ultra would have a titanium frame instead of stainless steel, and a periscope camera system for increased zoom range.

While all of that sounds incredible, I really wish Apple would make a smaller Pro model iPhone. As I said earlier, I would love to have a smaller, more compact size so I can use the device easier with one hand. However, there’s been one major reason why I never went for the iPhone mini: it lacked critical pro features, such as the cameras.

With the flop of the iPhone 14 Plus, Apple should really consider making a mini-size iPhone with Pro-level features. I would love to see at least a triple-lens camera system on a compact iPhone, along with the latest chip, more storage options, and an always-on display with Dynamic Island.

I’ve been upgrading to the Pro models ever since they were introduced because I want the best new features that Apple comes out with each year. However, I really would love to have a smaller size than the 6.1-inch that Apple currently uses for the iPhone 14 Pro. In fact, I didn’t like it when Apple ditched the 5.8-inch size of the iPhone X/XS/11 Pro and went with 6.1 inches from the iPhone 12 and later. While it may sound and look negligible, I felt a difference immediately when trying to use the iPhone 12 Pro one-handed.

A mini iPhone with Pro-level features has been something that I’ve been wanting for years now, and I think that such a device would be a winner for Apple. I know I’d buy one. Plus, the standard iPhone lineup always gets more “fun” colors, which I would also love to have.

Go back to a simpler lineup

Perhaps the biggest problem is that there are too many choices, making it a more complicated process when it’s time to buy a new iPhone. Starting with the iPhone 6 and iPhone 6 Plus, Apple began to offer a “small” and a large iPhone to fit your needs. Then we had the iPhone 8/8 Plus and iPhone X to mark the 10th anniversary of the iPhone. We had three choices for a while before Apple went even further and gave us four options beginning with the iPhone 12 lineup.

With so many models to choose from, one is bound to slip through the cracks and flop — especially if it’s also going to launch a month later than the rest. Perhaps Apple really needs to scrap having so many iPhone models each year and go back to the basics: one standard iPhone, and one high-end iPhone.

It would make the process so much easier for so many people, including myself — I would just go for the high-end model every time. Those who don’t need all the bells and whistles can pick the one standard model. The only real differentiating factors for each would be colors and storage size (you know, the basics).

Slimming down the options would also be good for the Pro models, because, for a while, Apple was also making the smaller Pro model inferior to the Pro Max model with the cameras and battery life. I disliked the fact that I would be missing out on some camera features because I didn’t want the larger size.

Apple is running out of time

Though we just got the iPhone 14 lineup, and it’s still a little less than a year away from the iPhone 15, time is running out for Apple to re-strategize the next iPhone generation. Usually, devices are designed and planned out years before they’re announced to the public, so who knows if Apple can really change the iPhone 15 series it already planned before being concerned about the iPhone 14 Plus flop.

Though it may or may not be too late for the iPhone 15, Apple should take these concerns into consideration — at least for the iPhone 16 and beyond. And who knows? Maybe there will be a folding iPhone by then.