Why Windows on ARM still couldn’t catch up this year 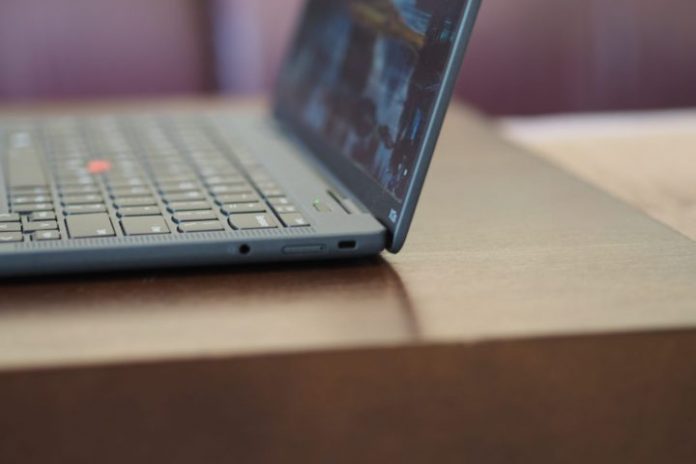 2022 was supposed to be the big year for Windows on ARM. It’s been a long road to get here, and for those of us who have followed the transition from the beginning, it’s not been without its ups and down.

But there was a lot of hype around Windows on ARM this year. Windows 11 was making some big improvements to compatibility, Qualcomm was bumping up performance, and the Surface Pro 9 shoved it all into the limelight. And yet, looking back at the end of 2022, Windows on ARM has hardly made a dent.

It all starts with performance

Windows 11 on ARM is officially supported only by Qualcomm processors. Right now, that includes the Qualcomm Snapdragon 850 through the Snapdragon 8cx Gen 3, along with Microsoft’s custom SQ1 and SQ2 processors (based on Qualcomm’s chips). Theoretically, Windows 11 on ARM could run on other ARM-based CPUs, but we’re only dealing here with what’s officially supported.

Since its inception over a decade ago, Windows on ARM has suffered in its performance. That’s improved over time, but the latest Windows 11 on ARM laptop we’ve tested, the Lenovo Thinkpad X13s, still falls well behind Intel and AMD machines. We won’t list any other machines because they were unable to run anything other than the Geekbench 5 benchmark — and their scores aren’t worth noting.

For a quick comparison, I’ve included the slowest Intel 12th-gen CPU we’ve tested. That’s the Core i3-1215U, a 15-watt chip with six cores (two Performance and four Efficient) and 8 threads. As we can see, the ThinkPad kept up in just one benchmark, the Geekbench 5 multi-core test. In the rest of the benchmarks, the ARM CPU was anywhere from 28% to 65% slower. And that’s compared to an Intel CPU that provides significantly slower performance than most of what you’ll find in midrange and premium laptops.

We can’t have a discussion of Windows on ARM without considering Apple’s switch from Intel to its own ARM-based CPUs. The current low-end Apple Silicon chip is the M2, which provides eight CPU cores (four performance and four efficiency), eight or 10 GPU cores, and several other enhancements. It, too, uses a BIG.little design, and it’s based on the ARM architecture. But clearly, it’s in a different league altogether in performance, including beating out many faster Intel and AMD processors than we list here.

Qualcomm is committed to making faster SoCs for Windows laptops, but so far, it’s not been able to keep up. We haven’t tested the Microsoft Surface Pro 9 5G, which uses that company’s SQ2 CPU based on the Snapdragon 8cx Gen 2. But, we can assume that its performance is similar.

Battery life is a plus

One area where Windows 11 on ARM does fairly well is battery life. We’ll compare it again to the Lenovo IdeaPad Duet 5i thanks to its relatively low-power Intel CPU, but it, too, doesn’t have a large battery. You can find Intel and AMD laptops that last longer, but they have larger batteries, so it’s not as direct a comparison.

Nevertheless, the ThinkPad does well, exceeding our average in our web browsing test and doing very well in our video test. Other ARM-based Windows laptops have done even better, but those were based on older SoCs and were significantly slower. Note that Apple managed to squeeze quite a bit of battery life out of its ARM architecture and is currently the class leader in battery life.

The bottom line is that if you need a Windows laptop with long battery life but can live with limited performance, you’ll be safe buying a Windows 11 on ARM machine.

One of the selling features of Windows 11 on ARM laptops is their always-connected internet, which in current incarnations includes 5G support. That’s become less of an advantage as manufacturers have mated 5G modems with Intel and AMD CPUs. And so, your choice of 5G-enabled laptops is wider than ever, and Windows 11 on ARM no longer stands out.

The biggest problem with compatibility, though, is with driver support. Unless a peripheral maker has rewritten its drivers to support Windows 11 on ARM, then it won’t work with the platform. And that includes any applications that require specialized driver support. For example, we cannot use our colorimeters to test displays on Windows 11 on ARM laptops because the drivers aren’t supported.

A long way to go

Performance and device support needs to improve dramatically for Windows on ARM to gain a stronger foothold in the laptop market. Frankly, Apple has embarrassed Microsoft and Qualcomm with how quickly it transitioned from Intel chips to ARM CPUs, increasing performance and battery life along with way. Some of the best machines for creators are MacBook Pros running the M1 Pro and M1 Max, and better and faster Apple Silicon chips are on the way.

For now, unless you need the best battery life, there’s little reason to choose a Windows 11 on ARM laptop. And we don’t see that changing for a few years unless Qualcomm and Microsoft have some secret platform that’s ready to compete with the best.