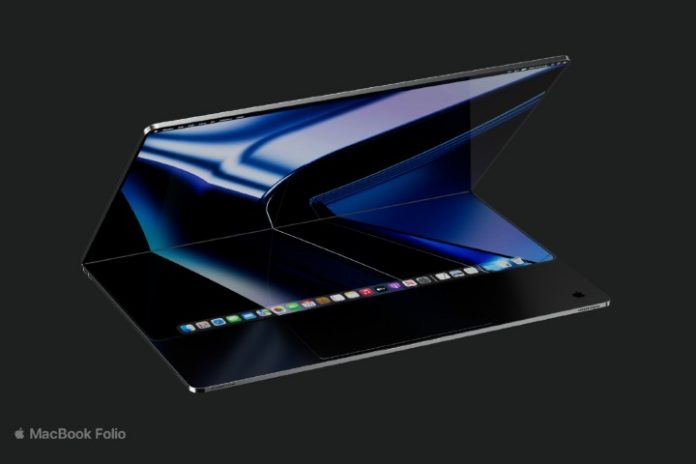 These days, it seems every company and their dog is developing a folding device and trying to convince people it will be the next big thing. Now, Apple is apparently jumping on the bandwagon and is poised to unveil a MacBook with a 20-inch folding display in 2026 or 2027. If it goes well, this could be an even more seismic shift for the Mac than the transition to Apple silicon chips.

In fact, I’m thinking that a laptop with a folding screen could be the Mac’s iPhone X moment — a product that completely resets an entire product lineup, not just for Apple, but for the entire industry. That means there’s a huge amount at stake.

The news from last week was not the first time we’d heard that Apple was developing a foldable laptop. In February 2022, two reports followed in quick succession alleging exactly that, the first from display industry insider Ross Young, the second from Bloomberg journalist Mark Gurman. Both claimed the device would use an on-screen keyboard and could come with a detachable physical keyboard too.

That’s huge, because the biggest MacBook changes in recent years have all been internal, namely with the introduction of Apple’s own processors. In fact, when Apple first dropped the M1 chip, the company put it inside exactly the same MacBook Pro and MacBook Air chasses as the old Intel model chips. No, this foldable MacBook is going to be a sea change from its predecessors. You won’t be able to miss it.

The original iPhone rightly gets the plaudits as the phone that changed everything, but the iPhone X, Apple’s first iPhone that lacked a Home button, was itself a hugely important moment for the smartphone industry. Suddenly, everyone was scrambling to make an all-screen device that ditched physical buttons and relied on gesture controls. Apple set the tone and everyone else fell in line.

If this folding-screen MacBook pans out, it could have a similar impact on the MacBook line. Like the iPhone in the mid-2010s, the MacBook is a mature device. Its revisions are mostly minor — adding some more ports here, improving the display there. Most of its innovations are internal now (like Apple’s superb chips). It could do with a major shake-up to keep things fresh on the outside.

And you know what would do that? A huge, foldable display that ditches the physical keyboard in place of a virtual replacement. That would allow the keyboard to disappear when you don’t need it, providing more screen real estate for the best Mac apps, games, movies, or anything else you want. Imagine folding out a MacBook into a giant drawing pad or monitor. It could transform how you use the device entirely.

The parallels to the iPhone X are strong. While the original iPhone eschewed a physical keyboard in favor of more screen space, it was still constrained by the tech of the time and came with thick bezels and a discrete Home button. The iPhone X, meanwhile, was much closer to Steve Jobs’ vision for the iPhone. That gave it a huge amount of flexibility — you got more screen space for your content and a virtual keyboard when you needed it. It sounds like the foldable MacBook could achieve something very similar — and that’s exciting.

As you can imagine, there’s also a huge amount of risk involved. For one thing, losing the physical keyboard could be a deathblow if Apple fumbles it. Touch typists would be outraged, and while the rumors suggest Apple might include a separate keyboard with the device, that’s just one more thing to carry around with you. It sounds like a recipe for disaster.

There could be a glimmer of hope, though. Apple has filed patents for a morphing glass keyboard that molds into keys when required. It sounds pretty space age, but if Apple can incorporate it into the foldable MacBook, we’d get the sensation of a physical keyboard and a giant display unconstrained by traditional keys. We’d have our cake and eat it — provided Apple gets it right.

This whole device is a massive risk, but then again, so was the iPhone X, and that left an indelible mark on the smartphone industry that reaffirmed Apple’s leading role in innovation. Apple CEO Tim Cook must be drooling at the prospect of repeating that with the MacBook line.