HomeNewsWhat is power over Ethernet?
News 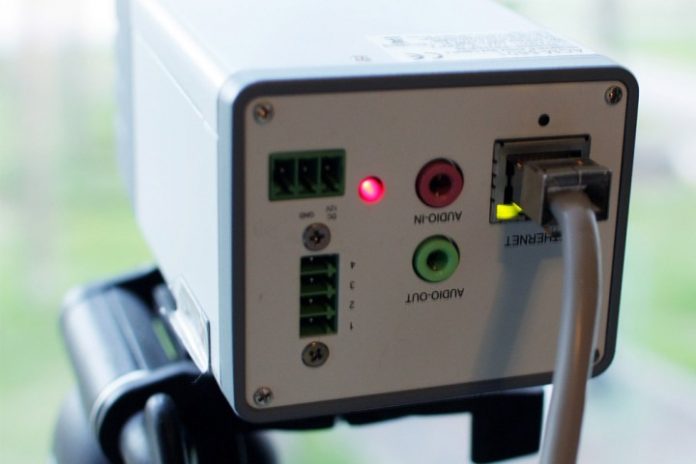 Power over Ethernet (PoE) technology allows a twisted-pair Ethernet cable to provide power to electric devices, in addition to data. This is most commonly found in Internet of Things (IoT) devices, like IP security cameras, and greatly simplifies the wiring of any such setup, as it means only one cable is necessary for almost everything. When such devices can be placed in hard-to-reach locations, where running any cabling is cumbersome, it is really handy, not to mention cheaper.

That’s not everything that makes PoE so useful, though. Here’s everything you need to know about Power over Ethernet.

What is Power over Ethernet?

Power over Ethernet is the name given to the overarching technology that facilitates providing power over an Ethernet network connection, as well as data transmission. In reality, PoE is the combination of a device that supports PoE, a standard Ethernet cable, and a network switch with PoE support. It is also possible to use a non-PoE switch, and have a PoE injector between the switch and PoE device, but that injector will require its own main power connection to provide power on the network.

PoE was initially conceived for use with Voice over Internet Protocol (VoIP phones), allowing them to be powered and connected to a network with a single cable, while also providing the simple ability to remotely shut off such devices when not in use. It has since been extended to provide easier wiring for IP cameras, outdoor radios, IP TVs, network routers, access control points like intercoms and entry card scanners, remote point-of-sale kiosks, and industrial control systems, to name a few.

Its most common use in most people’s homes, however, is with Wi-Fi access points. This is particularly common on mesh networks, where multiple routers and nodes are required.

How does Power over Ethernet work?

All different types of Ethernet cables are made of twisted pairs of copper wires. It’s those pairs that transmit the data and it’s those same pairs that facilitate power transmission down the cable, too. Some of that power is received by the power source device, be that a PoE switch or a PoE injector, and the rest is delivered to any attached PoE devices through the Ethernet cabling.

There are three standardized techniques for delivering power over Ethernet. They’re known as Alternative A (or Mode A), Alternative B (or Mode B), and 4PPoE. For Alternative A PoE configurations, the power and data are transmitted on the same wires (for 10Mbps and 100 Mbps speeds), while Alternative B transmits the power on separate wires to the data. The 4PPoE standard uses all four pairs of a twisted-pair wiring to transmit power and data. That allows for greater power delivery and network speeds.

You don’t need any kind of special cabling to use PoE, but you do need to choose a high enough quality of Ethernet cable that the power and data can be delivered without interference. Although the performance and quality of Ethernet cables can vary dramatically depending on which Ethernet cable you choose, the most recent categories of cables have a minimum quality threshold that ensures you’ll get a reliable PoE connection. With that in mind, Category 5, or Cat 5, Ethernet cables should be considered the minimum cable category used for Power over Ethernet, with more recent generations of cables used for Gigabit Ethernet with PoE or greater bandwidth connections.

The one caveat with this recommendation is that the cable needs to be made with 100% copper wiring. Some cheaper Ethernet cables are known as CCA, or Copper-Clad Aluminum, and they effectively wrap an aluminum wire in a thin layer of copper. As aluminum is not as good an electrical conductor as copper, it’s recommended not to use CCA Ethernet cables for PoE networking, regardless of the desired bandwidth.

How much power can PoE provide?

Although PoE typically provides relatively low-level power for modest connected devices, it can deliver quite a lot of power if necessary, facilitating some more demanding PoE devices. The base Power over Ethernet specification provides up to 15.4 watts of DC power on each port, although that typically reduces to 12.95W at the device, as some power is lost along the length of the cable — and more so in longer cables.

More recent specifications can provide 25.5W, 51W, or even 71W per port, with each demanding more from the power sourcing equipment, be that a PoE-equipped switch or a PoE injection device.

How long can PoE cables be?

Although PoE doesn’t demand any special cabling to work correctly, there are some limitations on cable length. Different Ethernet cables support different data rates at different lengths, but PoE is also limited to 100 meters. However, while you are limited to 100m per Ethernet cable on a PoE network, you can extend that power-delivery mechanism using PoE extenders. You install them on the line between the power source device and the networked device, giving you the option of adding a further 100m of Ethernet cable to the network.

PoE extenders are not injectors, so do not require a power connection of their own, but they do make sure the power is maintained throughout the network. However, they don’t fully replicate the power from the original source, with the extender itself requiring some power to operate. This results in the power delivered to the eventual endpoint device being lower than if it were simply attached directly to the power source device over a shorter cable run.

With this in mind, you can technically use multiple PoE extenders over the length of the network to further extend its reach, but each extender saps more power, leaving less for the eventual PoE device. This is exacerbated if you use an extension splitter, which funnels the Power over Ethernet connection to multiple endpoint devices.