This laptop completely changed my perception of Chromebooks 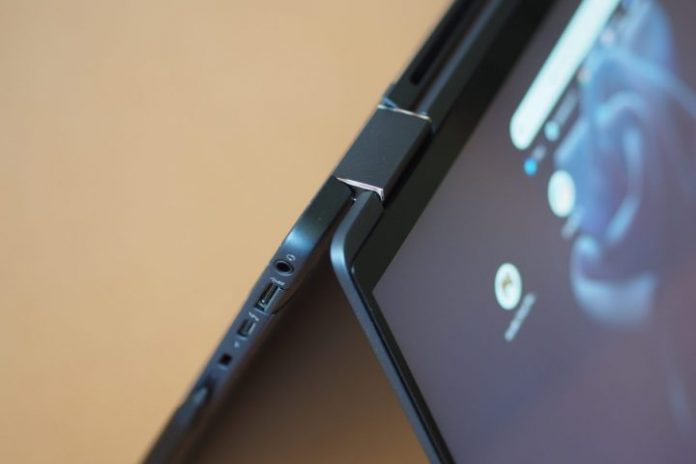 I get the appeal of Chromebooks — I really do. Sometimes less is more, and an operating system that is simpler can provide a less distracting experience for the right audience. But it’s never been a good fit for me.

I’m pretty bought into Microsoft’s Office suite, and I’m willing to pay a premium for top-notch hardware. I want my laptop to look and feel like a serious work tool without compromises — and that’s always made me think Chromebooks weren’t for me. Then I tried the HP Dragonfly Elite Chromebook.

The Dragonfly Elite Chromebook didn’t do anything to move the needle much in my overall impressions of ChromeOS in terms of software. But it did convince me that there’s nothing stopping manufacturers from making Chromebooks that match their Windows and macOS counterparts in terms of hardware.

To begin with, the Dragonfly Elite Chromebook was exquisitely built. That’s not all that uncommon, but I’ve certainly tested my fair share of flimsy Chromebooks. HP’s machine took things to a new level. Yes, the chassis is made of a magnesium-aluminum allow and isn’t as rigid as all-aluminum machines, but it’s also very lightweight at 2.8 pounds. The hinge was perfect in my testing, allowing the lid to be opened with one hand but holding the 2-in-1 in place in clamshell, tent, media, and tablet modes. And it’s thin at 0.65 inches. It was a delightful laptop to use and the equal of the best Windows machines I’ve reviewed.

HP also used a 13.5-inch display with a 3:2 aspect ratio, which isn’t as common on Chromebooks as on Windows machines. The taller aspect ratio is particularly useful in tablet mode, where the dimensions more closely mimic a physical piece of paper. So that’s another check in the Dragonfly Elite Chromebook’s favor.

You can probably count the number of Windows laptops with haptic touchpads on the fingers of one hand. The Surface Laptop Studio was among the first and was then followed by the Dell XPS 13 Plus, Lenovo’s ThinkPad Z13 and ThinkPad Z16, and a couple of others. There’s something special about haptic touchpads that work well, particularly because you can click anywhere on the surface and get a response. You can also build in special features as Apple did with its Force Touch feature on its MacBooks that adds another layer of search and other functionality.

HP utilized the software features available with haptic touchpads by adding feedback for when a window has been snapped to either side and when a desktop is moved in multiple desktop modes. There may be more features that I didn’t uncover during my testing, but it’s clear that HP is serious about making its haptic touchpad special. And to see if arrive first on a Chromebook is remarkable.

There’s also a privacy screen option for the Dragonfly Elite Chromebook. That’s not “innovative” because it already exists on Windows machines, but like many of these features, it’s a first for ChromeOS. Chromebook users no longer need to go without the ability to block their data from prying eyes.

Then there are the USB-C ports with Thunderbolt 4 support. Most laptops tap out at USB-C 3.2 Gen 2, and they don’t offer USB-A and HDMI ports. The Dragonfly Elite Chromebook proved that you don’t have to compromise when it comes to connectivity, and HP fully supports the Dragonfly Elite Chromebook with all of its various docking options. And HP offers 5G WWAN as an option, making it equal to Windows on ARM and other Windows laptops in terms of always-connected internet.

Finally, HP built in biometric login. Again, that’s nothing unusual industry-wide, but few Chromebooks have fingerprint readers to make logging in easier. And HP fully supports the Chrome OS Enterprise feature set thanks to Invel vPro CPUs. There’s total memory encryption (TME) and Keylocker to keep data even safer, and the Dragonfly Elite Chromebook is fully manageable by IT departments.

There’s more, but that’s enough to make it stand out

Performance is also excellent thanks to 12th-gen Core CPUs, and you can even beef it up with up to 32GB of RAM. That’s not new — many other Chromebooks also offer great performance — but added to everything else that’s great about the Dragonfly Elite Chromebook, it just rounds things out. Battery life could be better, and the machine is incredibly expensive for a Chromebook. It starts at $1,100 and goes up from there, which is a lot.

But it proved to me that, at least in terms of hardware, there are zero compromises to buying a Chromebook. Now, if I can only find a way to make ChromeOS work better for my workflow in terms of software. But hey, that’s on Google, not HP.