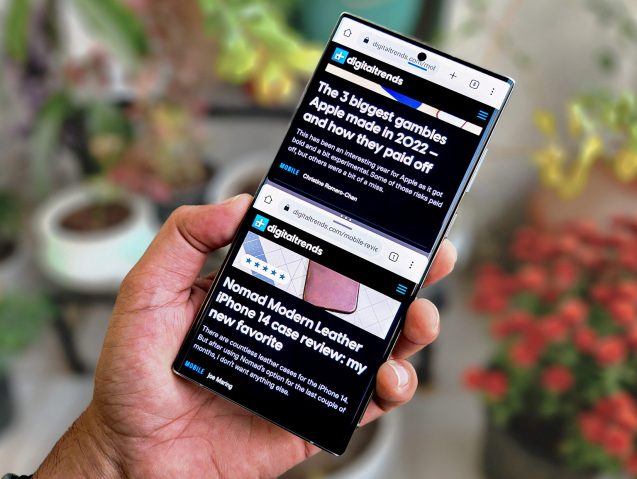 Today, we look at an Android app that lets you run two instances of the same app completely isolated from each other. Whether it’s to ensure that one Android app doesn’t read data from the other, have two different accounts for messaging or social media apps (like WhatsApp and Instagram), or play the same game with two different accounts, Island can remedy many restrictions imposed by your smartphone manufacturer or Android itself.

It’s fairly common to have — and easy to get — a second phone number, even without owning a dual-SIM mobile phone. Whether you need it to keep your work and personal lives separate or to foster two different personalities for different types of friends, a second number can be quite handy. Many smartphones already have “dual app” features to help separate messages for both numbers, but such features are not free from defects.

Meanwhile, plenty of apps on the Google Play Store claim to add dual app functionality if your Android smartphone or tablet does not inherently support it. To take advantage of the benefits of this feature, however, you must be prepared to deal with frequent app crashes — simply because most app cloners only run a progressive web app (PWA) instead of installing a second instance of the app you want to duplicate. This is where Island stands apart.

Another phone within your phone

The name Island is a metaphor to denote the app operating in a discrete space away from the main premises of the phone, or “mainland.” For this, Island runs the alternative instances of the app using a mechanism called a sandbox. A virtual sandbox is an environment separate from the main system where the apps inside and outside it do not interact with each other.

Island is created by Oasis Feng, who has previously developed apps, including Nevolution and Greenify, the latter of which has more than 10 million downloads.

Once you install Island from the Google Play Store and open it, you will be guided through the initial setup process. Once your profile is set up, you can clone any app by tapping the name from the mainland and then the + button at the bottom. You will be asked whether you want to download a fresh copy from the Google Play Store or clone the installer package from the existing installation. Once cloned, the second instance of the app will show up under the tab titled Island as well as in the app drawer under Work apps.

When you launch a cloned app for the first time, you will be asked to sign in to an account, which will be inaccessible from outside the Work apps. All your data, including Contacts, will be separate from your personal apps and will not be shared. Therefore, if you need to share contacts, you will have to clone the Contacts app and save or sync the phone numbers again.

You can also delete the Island space completely by tapping the three-dot button, then going to Settings > Scoped Settings > Island > Destroy permanently.

Island is a fascinating app that has helped me achieve more from my phone and use it more comprehensively. Here are some of my preferred reasons and ways to enjoy the app:

Getting rid of the bugs

Dual app features are riddled with annoying issues, ranging from problems creating a second version to limited access, storage issues, and the inability to use essential services like Google Drive backup. Island bypasses that by installing the same app in an isolated partition in the storage.

For instance, you have two WhatsApps installed on your phone — one on the Mainland and another on Island. These two instances cannot interact or access each other’s chats, media, or stickers. Now because they don’t share common storage or use the same Google services framework, they do not interfere with each other’s work, thus, eliminating any chances for bugs.

All superheroes need time off from work, whether or not they wear capes. Since the pandemic, there has been a broadening movement around separating our personal and professional lives, which has become even more critical for those who still work from home. By working through your Work profile, Island allows you to have separate versions of chat apps. When you are done with the day’s work, you may either set the work profile to turn off as per a schedule or do it manually. Alternatively, when working, you can selectively mute notifications from non-work apps, thanks to separate versions created with Island.

But you need not use Island to maintain a healthy work-life balance. You may instead use it to pursue and maintain a secret second life — unaffected by peers, societal pressure, or parents’ expectations. Just don’t use it for anything illegal — remind yourself you’re better than that!

Plenty of apps, especially social media, allow you to sign in with multiple accounts, but it may not be the case with every app. Sometimes you might enjoy an app or a game so much that you want to enjoy it again from the beginning without losing your progress.

I use Island to uncover new features in apps by comparing two versions or installing the beta alongside the regular version. But you can use Island for more exciting endeavors, such as playing storytelling games again but with a different strategy or a different character or revisiting older Spanish lessons with Duolingo without resetting your achievements.

One app to improve all of my other apps

Not everyone needs Island, but if you’re like me and often find yourself needing multiple copies of the same application, it’s the best solution I’ve yet to find.

But is any of this secure? Because you are required to sign in to system apps, and into your Google account for Island apps again, this might alarm a few who might feel this data is visible to — and being exploited by — the developer.

In reality, the Android for Work framework controls this data segregation. Oasis Feng, the creator of the app, tells us, “Android framework ensures even the DPC [Device Policy Controller] app — [Island in this case] — could not access user data (including Google account) and app data. In some special cases, such as ‘security audit’ which provides security logs to DPC app, Android also ensures DPC cannot perform it without the consent from end user.”

Secondly, Island is an open-source app, and its source code is available on GitHub. This means any other developer can view, analyze, or replicate its code to find security flaws or create a spin-off.

When you combine the secure reassurances with just how well Island works, it ends up being a killer app — and one I don’t see myself living without any time soon.