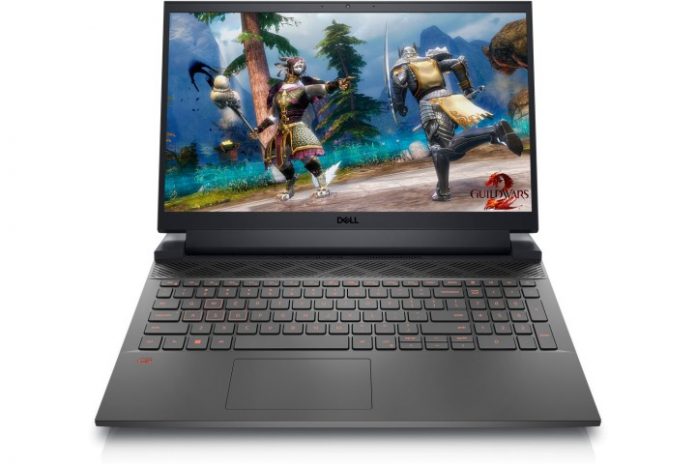 If you’ve wanted to pick up a gaming laptop or gaming PC but missed your chance during Black Friday and Cyber Monday, then you’re in luck. Dell has some great deals for both at various budgets and levels, so you can pick something that fits your need the best. To help save you some time, and heartache, we’ve collected some of the best Dell laptop deals and computer deals so you can get the most important sales information first. It’s also worth checking out these gaming PC deals while you’re here to have something to play when you buy your new gaming rig.

The G15 is one of the industry’s go-to budget gaming laptops and is one of the better gaming laptop deals, especially if you like something with a cool aesthetic. Under the hood, you’ll find an RTX 3050, an entry-level mobile GPU that is still relatively powerful for laptop gaming. The 15.6-inch FHD and 120Hz refresh rate screen won’t tax the GPU too much, so you should be able to get away with relatively good graphical settings. You also get an excellent mid-range Intel i5-12500H CPU and 8GB of DDR5 RAM, the fastest on the market. The overall build is perfect for a budget gaming laptop, as you’d expect from Alienware, with a nice mechanical keyboard and very little overall flex, although you should be aware that the battery life isn’t the best when gaming.

If you don’t care as much about graphics and are more interested in a high-quality but lightweight laptop that competes with the Macbook Air, the XPS 13 laptop is it. It has a gorgeous 13.4-inch FHD+ display with a whopping peak brightness of 500 nits, making it great for use anywhere. The smaller screen also means a smaller size, and it only weighs 2.59 pounds, which means you can put it in your bag and backpack without feeling like you’re carrying a brick around. As for specs, you get a 12th gen Intel i5-1230U and 8GB of DDR5 RAM, so you’ll have a smooth experience that allows you to do all the productivity tasks you need, which is important with a portable work device like this. It also has an incredibly impressive 13 hours or so of battery life, which beats out many other competitors, even if you compare the Dell XPS 13 vs. Apple MacBook Air M2.

One of the most impressive things about the Alienware x17 R2 is the insane 480Mhz refresh rate, one of the highest you’ll likely find on a laptop, at least at this price bracket. That’s a lot of frames to push for a graphics card, but luckily the X17 R2 is running an RTX 3070 Ti under the hood, which means it can handle it, especially since the screen resolution is only FHD. As for the processor, you get an equally insane 12 gen Intel i9-12900H, one of the most powerful CPUs on the market, and something that will give you a ton of versatility, whether you want to game, do heavy-duty-editing work or general productivity stuff. Luckily that’s helped with the 16 GB of DDR5 RAM in dual-channel and a 1TB SSD which is not too bad. All in all, this x17 R7 is one of the best Dell laptop deals if you want to push framerates to the limit for competitive gaming.

No, you aren’t seeing double; we’ve listed the same laptop again but with a much better RTX 3080 Ti, one of the best GPUs besides the RTX 3090 and RTX 40 series, but we haven’t seen either come to laptops, yet. More GPU power means more frames it can push, although this version only has a 360HZ max refresh rate and FHD resolution. It also has a 17.3-inch screen where a 2k resolution would be great, especially paired with the RTX 3080 Ti, but again, the X17 R2 is targeted to those who want to push the limit with framerates for competitive gaming, where resolution or graphical quality is not the most important. So, if you’re that sort of person, this is the laptop to go for. Besides that, it has an upgraded 32GB RAM; otherwise, the specs are essentially the same.

Gaming laptops are great, but if you want to have a bit more control over your display and other peripherals, and even internal specs, a gaming desktop is the way to go. This Aurora R14 is a beast, with a mind-boggling RTX 3090 GPU, meaning you can run 4k at 144hz with very few worries at high settings. So you have your pick of gaming monitor deals and what you want to go with. The CPU is an impressive, Ryzen 9 5900X, and with 64GBs of DDR4 RAM, we’re not sure you’re likely to find a limit to what this PC can do at the consumer level. You also get a 1TB SSD for the boot drive and an additional 1TB HDD for storage and whatnot, so you have lots of room that won’t require you to grab one of these external hard drive deals. It might be expensive, but it’s both powerful and looks cool.