HomeNewsThe most innovative tablets of 2022
News

The most innovative tablets of 2022 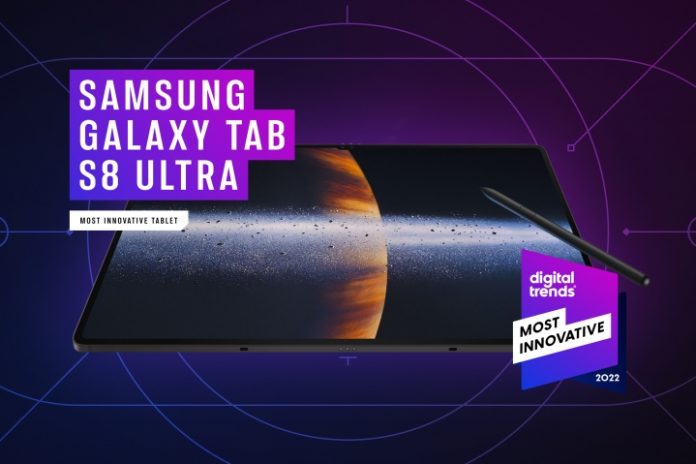 It’s been an exciting year for tablet releases, with venerable players like Samsung and Apple making interesting changes to their lineups while lesser-known tablet makers brought some of their own unique twists to the table. Even Google has tossed its hat back in the ring by announcing a new Pixel Tablet coming early next year.

Nevertheless, only a few companies stood out among tablet-makers with anything truly innovative. One could argue that the tablet market is maturing, but we’re not sure that’s necessarily the case, as a few of these more notable releases proved this year.

This year, Samsung decided it was time to “go big or go home” with its tablet lineup. Coming in at a monstrous 14.6 inches, the Galaxy Tab S8 Ultra dwarfs Apple’s classic 12.9-inch iPad Pro, a device that’s long been considered the gold standard among larger tablets.

The Tab S8 Ultra offers everything that’s already great about Samsung’s Galaxy Tab S8 lineup and gives you more of it. The expansive 14.6-inch 2960 x 1848 Super AMOLED screen offers a 120Hz refresh rate with bright colors and deep blacks. In short, it’s gorgeous and an ideal canvas for everyone — from aspiring digital artists, media editors, and folks who just need more room to multitask.

This isn’t a tablet for people who plan to travel a lot and merely want something for reading books or watching movies. However, it’s a breath of fresh air for creative users looking for a productivity powerhouse. The generous screen real estate is joined by magnetic wireless charging for Samsung’s S Pen, support for a keyboard cover for laptop-style use, and a 12-megapixel selfie camera duo that pair up to offer the best coverage angles possible for video conferencing.

There’s more to this “Ultra” tablet than just its size; there’s also no shortage of power under the hood. Just like you’d expect, the Galaxy Tab S8 Ultra packs in Samsung’s top-end Snapdragon 8 Gen 1 octa-core processor, but it’s also available with up to 512GB of storage and 16GB of RAM — a staggering amount for an Android tablet. Naturally, you can add a microSD card for more storage, and it supports the latest Wi-Fi and Bluetooth standards. It’s the largest and most powerful Android tablet on the market and will undoubtedly give Apple a run for its money.

Apple fans and pundits have decried the company’s lack of innovation in recent years, and nowhere has that been more apparent than in its tablet lineup. Sure, Apple surprised us by adding its Mac-class Apple Silicon, the M1 chip, into the iPad Pro last year and then pulled a brace by doing the same for the iPad Air (2022) earlier this year. Nevertheless, even while the silicon gets more powerful, the designs have become so staid that you can barely tell them apart year after year.

However, that’s not the case with Apple’s entry-level iPad. After years of feeling like the black sheep in Apple’s iPad family, Apple finally decided to bring it into the current decade, adopting the flat-edged design that’s been slowly making its way to every other iPad since 2018. It’s tossed some fun new colors into the mix as well.

While the design wasn’t especially revelatory, Apple’s iPad (2022) proved innovative in some key areas. Most notably, Apple moved the front camera from the short side to the long edge, finally making it more suitable for those who prefer to use their tablets in landscape orientation. It also finally spelled the end of the Lightning port on Apple’s tablets; from now on, it’s USB-C or bust. That’s a change that’s worthy of celebration by itself. Sadly, Apple’s two steps forward are accompanied by one step back: the iPad (2022) still uses the first-generation Apple Pencil and a side-mounted Smart Connector, meaning it won’t work with most of the cooler accessories available for the iPad Air, iPad mini, and iPad Pro. Instead, Apple is offering a new Magic Keyboard Folio made explicitly for the iPad (2022).

Now, for something completely different, we come to Huawei’s MatePad Paper. This fascinating device blurs the line between an e-reader and a traditional tablet, leaving many trying to figure out what to think of it.

At first glance, the e-ink display would suggest it’s trying to compete with Amazon’s Kindle, but there’s much more to this one. Sure, it’s an e-reader at heart, but the included M Pencil and voice note-taking give it a productivity edge that traditional e-readers lack​​. When you’re done reading your favorite novel, you can use the MatePad Paper as a notepad, sketchbook, voice recorder, or even send and receive emails. The sophisticated design gives it an extra bit of class compared to most e-readers, although sadly, it also has a price tag to match.