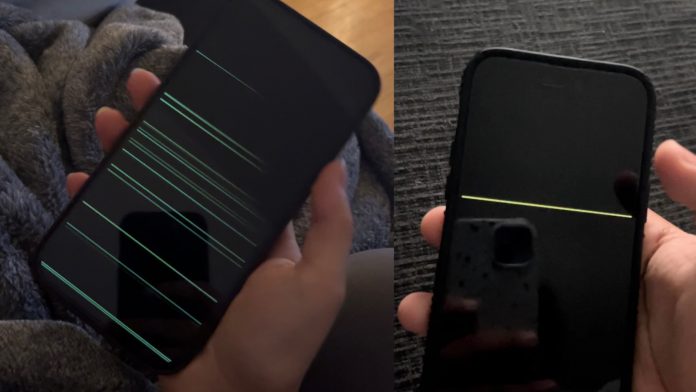 Across social media, some iPhone 14 Pro and ‌iPhone 14 Pro‌ Max users are reporting that horizontal lines are flashing across their iPhone display when the device is being turned on, with no clear reason why or how to fix it.

MacRumors forum user Infernoqt and Reddit user u/1LastOutlaw
On one thread on Reddit, dozens of ‌iPhone 14 Pro‌ users are reporting that one or more green and yellow lines may flash across the screen before disappearing a few seconds later when the device is being turned on. According to those same users, Apple Support has informed them the issue is not a result of a hardware defect but is a bug in iOS 16.

According to users on Reddit, the Apple Support forums (1,2,3), and the MacRumors forum, the issue seems to have started following the iOS 16.2 update, although some users report the problem even occurring on older versions of ‌iOS 16‌. One user on Reddit claims an Apple engineer informed them over the phone that Apple is working on a software patch for the issue, but the exact details are unknown.