HomeNewsSave over $2000 on Lenovo laptops, gaming PCs and more
News

Save over $2000 on Lenovo laptops, gaming PCs and more 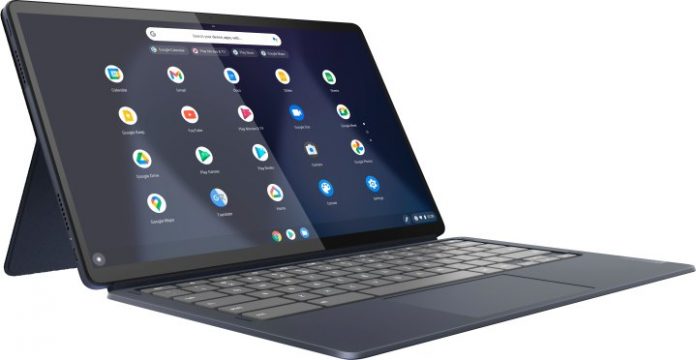 If you’ve been waiting for some holiday sales to pick up a new laptop, then you’ll be happy to know that Lenovo has just started an excellent sale on its website. They offer everything from Chromebooks to gaming laptops, and we’ve done the majority of the hard work collecting all these options for you. While you’re here, be sure to also check out the other laptop deals available from other brands for a few alternatives.

The Chromebook Duet 5 is a great little device if you’re looking for something that can work as well as a laptop as it can as a tablet. One of its most significant selling points is that its 13.3-inch screen is OLED, giving you a much richer color and contrast experience than a traditional screen. Under the hood, there’s a Qualcomm Snapdragon SC7180 Processor, a mid-range CPU you’d usually find in mobiles and tablets but also works well for the Duet 5, especially since ChromeOS is relatively more lightweight than windows. The Duet 5 also comes with 4GB RAM, slightly on the lower end, and 64 GB, which likely means going for a cloud storage service if you don’t want to carry around an external hard drive. As for battery life, it’s an impressive 15 hours worth, so you won’t have to be plugged in constantly, making this one of the best Chromebook deals if you want a long-lasting device.

If you’re unfamiliar with the different Lenovo brands, the Yoga 6 is their high-end 2-in-1 offering, which is quite evident given it runs an AMD Ryzen 7 5700U Processor, which is a mid-to-high-end CPU. That means you can get a lot of heavy-duty productivity and editing work. While it’s not the best, the internal AMD Radeon Graphics will let you get away with some casual gaming, although Lenovo throws in three months of Xbox Game Pass anyway. It has a whopping 16GB of RAM, which is more than enough for most folks and will give lots of freedom to open apps and tabs. There’s also a 1TB SSD if you need to store many big files. As for the screen, it’s a gorgeous 13.3-inch FHD touch panel with a great 300 nits of peak brightness. It has a fingerprint reader, an important business feature, a 720p camera, and Wi-Fi 6, so you can easily connect to zoom meetings. Overall, it’s one of the best 2-in-1 laptops if you don’t care about gaming or having a GPU.

If you want something that’s a little bit more business oriented with a bigger screen, the ThinkPad T14s Gen 2 is a great option, and since it’s slightly on the older side, it has an impressive discount. It has a 14-inch FHD display with 300nits of brightness, making it a great option for most situations, and a high-quality 720p webcam and microphone for meetings. Under the hood is a mid-range 11th gen Intel i5-1145G7 vPro and 16GB of RAM, so you’ll get a smooth experience whether it’s work tasks or day-to-day use like streaming. Much like the Yoga 6, it doesn’t have a GPU, but the internal Iris XE Graphics will let you get away with some casual gaming if you like. The 512GB storage should also be more than enough for most folks, and the whole thing runs on Windows 11, even though it’s slightly older, which we appreciate. It also comes with a fingerprint reader and a backlit keyboard, the latter not something you often see in business laptops.

Of course, if you’re looking for great gaming laptop deals, Lenovo has those as well with this Legion 5 Gen 7. It has an RTX 3050, an entry-level laptop GPU, but it is still relatively robust, especially since the 15.6-inch FHD and 165Hz refresh rate display won’t tax it too much. So while you might have to compromise here and there, you can adjust the settings to prioritize what you need the most depending on the game, so you can have higher FPS if you’re playing competitively or better graphics if you’re not. In terms of CPU, you get an AMD Ryzen 5 6600H, a mid-range CPU that will handle most games with ease, and the included 16GB of DDR5 RAM is the fastest in the market. As for storage, it’s a reasonable 512GB SSD, although you might want to spring for one of these external hard drive deals to supplement it. Otherwise, the overall build is excellent, with a lovely mechanical keyboard, good battery life when not gaming, and it even has three months of Xbox Game Pass for you to play around with!

You might be surprised to see the same laptop here listed again, but this version comes with an upgraded RTX 3070 Ti, which means you can push both the graphics and the refresh rate as far as they’ll go. Strangely, Lenovo decided to go with an FHD resolution rather than 2k, which would have worked well with the RTX 3070 Ti, but we’re not one to judge, especially since it means you can get better graphics and frame rates with the lower resolution. Besides the GPU, the CPU gets upgraded to an AMD Ryzen 7 6800H, a mid-to-high-end CPU that can easily handle more processor-heavy tasks, like editing. You also get a more substantial 1TB SSD, so you won’t have to lug around an external hard drive. Otherwise, everything else is the same, including the 16GB of RAM and the excellent overall build quality, so if you want a high-end gaming laptop, this is the deal to go for.

Facebook
Twitter
Pinterest
WhatsApp
Previous articlePoll: Which Android phone brand made the biggest impression in 2022?
Next articleMicrosoft Surface Pro 9 vs. Lenovo IdeaPad Duet 5i: which 2-in-1 is best?