HomeNewsOne week with the Galaxy Z Flip 4 made me a folding...
News 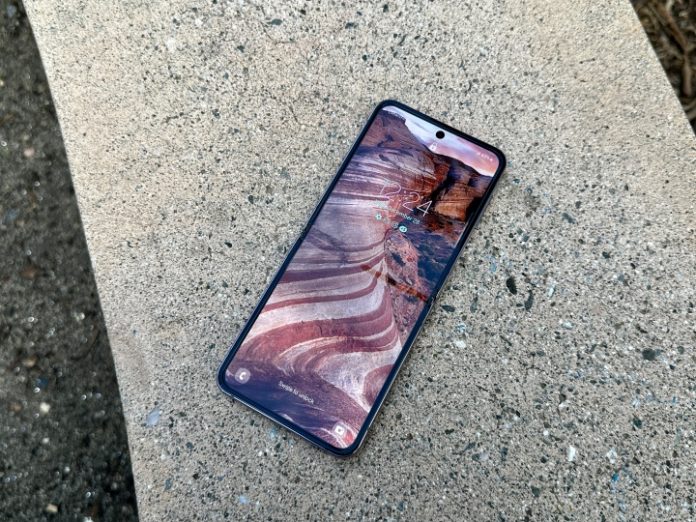 Prior to the iPhone, cell phones came in all sorts of interesting form factors. We had flip phones, sliding phones, tiny phones, and more. I remember one of my first cell phones was a hybrid of a smartphone with a flimsy flip cover that I got through Sprint. Then came phones like the Motorola Razr, which everyone had; if you didn’t, you weren’t “cool.” But once the iPhone came out, every phone after began to look the same — a slab of glass and metal.

This trend continues to this day, which is, let’s face it, a bit boring. That’s why I was so intrigued by the idea of folding and flip phones, such as the Samsung Galaxy Z Fold and Galaxy Z Flip series. Samsung is dominating the foldable phone market at the moment, as there isn’t much competition from other manufacturers, especially in the U.S.

I have been trying out a Samsung Galaxy Z Flip 4, which is my first foldable smartphone as I’m primarily an iPhone user. Here are some of my first impressions of a foldable phone.

The crease is always there, always noticeable

I like the idea of a foldable smartphone, either vertically or horizontally. However, one thing that always bothers me is the crease where the fold happens on the continuous display. Sure, some manufacturers seem to have improved on the crease as of late, such as the Oppo Find N2, but with my Z Flip 4, it’s still very much visible — whether you’re simply looking at it or touching around on the screen.

Maybe the technology just isn’t there just yet, but I hope that at some point, we get foldable devices where it’s just impossible to notice the crease. For now, though, I guess I’ll have to tolerate it as best I can until it improves overall — possibly whenever Apple decides to release its folding iPhone.

Unfolding is a two-handed job (for me)

Back in the old days, I loved flip phones because they were so easy to open and close with one hand. It was a good distraction for me and felt cool to do. But with the Galaxy Z Flip 4, I noticed that it’s much harder for me to open it with one hand — in fact, it’s much easier to use two hands because there’s a lot of resistance in the hinge. Closing it is easier and possible to do singlehandedly (with some effort), though, so at least there’s that.

Along with the resistance in the hinge, I find the overall exterior to be a bit slippery. It may be easier to open with a Galaxy Z Flip 4 case, but I’ve been using it sans case, which is the true “out-of-the-box” experience.

I personally wish that the hinge resistance required less force so that it’s easier to open with one hand. There also aren’t any subtle indentations on the sides that could make single-handed use easier, which may have helped me.

Also, despite the compact size of the Flip 4 when it’s folded, once it’s flipped open, I find it pretty much impossible to use one-handed because of how tall and narrow the device is. I already find it hard to use my iPhone 14 Pro with a single hand (with some help from a PopSocket), so the Flip 4 is even worse — especially since I have petite hands.

A minimal but functional cover screen

One of my favorite things so far about the Galaxy Z Flip 4 is the cover screen. By default, it shows the date and time, along with the battery level. But if you swipe to the right, you can view your notifications in Android’s superior list view (compared to Apple’s sloppy notifications), and if you swipe to the left, you can view other useful glances of informational widgets like weather, alarms, timers, calendar, and more. I actually like that each widget gets its own view on the cover screen, so it’s not too much happening at once (not like everything would fit anyway). You can even use it as a small viewfinder when using the camera for a selfie.

Of course, the cover screen is still pretty limited in what you can do, which is its biggest shortcoming. While it’s great for checking your notifications and even sending quick replies to your text messages, you can’t do much more than that by default.

There’s no way to reply to third-party messaging or email apps, add calendar events or tasks, take notes — you get the idea. It’s very limited due to the 1.9-inch screen size, but you could use something like CoverScreen OS if you want a cramped but functional experience.

Regardless of how you choose to use the cover screen, I’ve been enjoying its default settings so far. It serves its purpose well by giving me glanceable views of information without having to open up the entire phone to do so.

Since this is my first folding flip phone since the pre-iPhone era, I’m in love with the super compact size of the Galaxy Z Flip 4 when it’s closed. Women’s clothes are known for either tiny and useless pockets or no pockets at all. Ever since the iPhone got larger in size, I’ve had to move it from my front left pocket to my back pocket on jeans, because otherwise, it would be super uncomfortable. I usually wear leggings nowadays, but I always look for leggings with side pockets, as it’s a must for me.

With the super small size of the Galaxy Z Flip 4, it’s possible for me to carry it in my front jean pockets again, and though it’s thicker when folded, it’s less likely to slip out of my leggings pockets since it sits deeper inside. And if I have no pockets, the compact size of the Flip 4 is easier to throw into a purse or bag and not get in the way when I need other things it’s sharing a compartment with.

Though most folding phones expand into a tablet, I think I prefer the flip style because of the size. If I were to have something like the Galaxy Z Fold 4 instead, it would be similar to the iPhone 14 Pro that I have now, except thicker, which would be more annoying to fit into my pockets.

It’s a godsend for hands-free photography

If there’s one thing I love using mobile phones for, it’s for capturing photos and videos of pretty much everything. After all, it’s one of the reasons why I upgrade my iPhone every year!

However, I noticed from my use of the Galaxy Z Flip 4 that the fold is very useful for propping the camera lens up for hands-free capture, without the need for an accessory. I have a few different photography accessories for my iPhone 14 Pro, like the ShiftCam SnapGrip, which have proven to be incredibly handy and useful. But the problem with these accessories is simple: it’s extra stuff to carry around.

With the Galaxy Z Flip 4, I love the fact that I can have it closed, but still use the 1.9-inch cover screen as a viewfinder for selfies. It’s also great that I can have the phone halfway open so that the bottom half is flat while adjusting the top half for the perfect shot as well, while still having access to all of the camera controls. This is especially useful for things like capturing group shots when there’s no tripod or selfie stick available since there’s an ultra-wide lens.

If Apple made a folding iPhone, I hope that folds horizontally like the Galaxy Z Flip 4, because, for me, it would make hands-free photography easier. I love my tools like the ShiftCam SnapGrip and its ecosystem of accessories, but who doesn’t like to carry less stuff with them?

I’ve been brought into the fold

When folding smartphones were first starting to come out, I was skeptical. I heard of the catastrophic failure of the displays of the first Samsung Galaxy Fold, and I thought “Wow, how could they let that happen?” That’s why the first generation of a brand-new product category is something that you should approach with caution, because of all of the kinks that are bound to rear their heads.

Though foldables are still in the early stages, they are starting to look more promising. I have yet to experience a tablet-style foldable, but right now, I do like the flip phone style, which is better suited for my needs at the moment. I hope that there’s a solution for the visible creasing on foldables in general, and perhaps an easier way to open these things with one hand.

Either way, the future of foldables is bright. I’m now a believer, and honestly, it’s an interesting way to breathe some life into the smartphone market where everything else is just a slab of glass and metal.