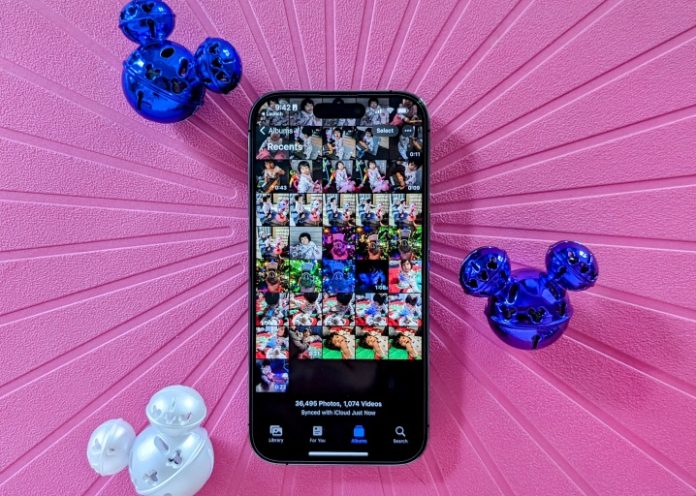 For a long time, Apple’s iPhone lineup started at 64GB storage and capped out at 512GB. This stopped with the iPhone 13 series, with the base model iPhone 13 starting with 128GB, and the iPhone 13 Pro models even going up to 1TB. The iPhone 14 and iPhone 14 Pro models continue this tradition. While Digital Trends’ own Mobile editor, Joe Maring, stated that most people could get by with just 128GB storage on their iPhone 14 or iPhone 14 Pro, I’m here thinking absolutely not!

When Apple began offering 1TB of storage with the iPhone 13 Pro, that’s what I sprung for — and I’m going to continue getting 1TB until Apple brings it up to 2TB. Here’s why.

I have (and take) a lot of photos and video

One of the reasons I upgrade my iPhone every year is because I want the latest and greatest camera features that Apple offers. With the iPhone 14 Pro this year, that means the 48MP main camera, as well as the return of the 2x zoom for portrait mode images. And since I had my first child last year, I knew my use of the iPhone camera was going to be significantly increased. In my daughter’s first year, I think I’ve taken 3,000 pictures of her alone, and this is just a small fraction of my entire library of over 37,000 photos and videos I’ve accumulated over many years. I’m just one of those people who likes having all of their pictures with them — I can’t be the only one, right?

Regardless of why I take so many photos, the fact of the matter is that those photos and memories take up space. I would hate to have the bare minimum of storage (in the case of the iPhone, that’s 128GB) and get a notification constantly saying that I don’t have enough room for new photos /videos and that I need to free up space before I can take more.

Sure, I could offload the photos to my computer, but I’m not on my computer much besides for work. I like having my photos and videos on my iPhone because I do get sentimental at times and like to look back on those special moments in my life. Plus, I especially love just sharing my favorite photos and video of my daughter with friends and family who I may not always see in person.

The Photos app also has the “For You” feature, which highlights featured photos and even puts together some cheesy memory slideshow videos. I don’t always take a look at these, but when I do, I love seeing those older photos and videos pop up. Because I have so many older images and photos from the years, I sometimes forget about them, and this feature is a great way for me to relive those memories.

I’ve also experienced deaths in the family, and I don’t want to forget about those good times I had.

Most phones these days are capable of recording high-resolution 4K video. This format is great if you’re trying to make a cool home video or working on a more serious project and want it to look the absolute best. Apple even has Cinematic mode starting with the iPhone 13 series and later. For most people, it’s a bit of a gimmick, but a fun feature nonetheless.

Apple also has some more professional tools, like ProRes video and ProRaw photo format. ProRes is a professional video format that is high-quality and “visually lossless” in terms of detail, so there’s really no compression in the end result. Because of that, a single minute of ProRes video can actually eat up almost 6GB of storage. The average person isn’t likely to use ProRes at all, but folks in the filmmaking industry may need to. And, well, 128GB just won’t cut it — in fact, 128GB models of the iPhone 13 Pro and iPhone 14 Pro are limited to only 1080p at 30 frames per second (fps). For 4K at 30fps ProRes video, you need at least 256GB or higher.

For photographers, ProRaw is Apple’s image format that is like a hybrid of a JPEG/HEIC and true RAW format. Though not a pure RAW image, ProRaw is still an uncompressed image format that gives you total control of every little detail in the post-editing process. Though the ProRaw images on the iPhone 12 Pro and iPhone 13 Pro can take up about 25MB on average because of the 12MP main camera, the iPhone 14 Pro ProRaw images that are shot in full 48MP resolution can be up to 75MB each. Unedited ProRaw images can look a little dull compared to the standard processed photos, so they rely heavily on the actual editing process to look their best.

So, if you like to take a lot of photos or video — especially in higher-quality formats — then 128GB just won’t do. You could probably get away with 256GB or 512GB for these, but the 1TB option lets you get super creative without worrying at all.

It’s all about the apps and games

Remember that old saying from the start of the Apple App Store? That’s because there really is an app for pretty much anything and everything. Since I practically started my career by reviewing apps, I have acquired a vast collection of hundreds, even thousands of apps over the past decade. Of course, not every single app I’ve downloaded still exists or even runs properly on modern iPhones, but as of right now, my iPhone 14 Pro has 553 apps and games downloaded to it.

Honestly, I’m not proud of all the digital clutter I have on my phone in terms of apps and games, but I find it nice to have something when I need it — or even something to keep me entertained when I’m bored and just waiting around somewhere. Sometimes I may need an app for one specific thing, and as lame as that sounds, it comes in clutch in those specific situations. I guess it’s just part of my “always be prepared” mentality.

Also, though I don’t play mobile games as much as I used to, I do like to pick up some games every now and then to keep me busy — especially on Apple Arcade since it’s included with my Premium Apple One subscription. And games these days can require a lot of space! There are plenty of games that are actually ports of older console games, and there are even mobile versions of popular titles right now. For example, you can find Call of Duty: Mobile, Genshin Impact, Diablo Immortal, Asphalt 9, NBA 2K22, and Dead Cells, just to name a few.

If you like to play mobile games, especially those that are more graphically intensive, then it’s best to have more storage. After all, some of these games can take a few gigabytes of storage alone, not counting game save data as well as any patches and updates. When you only have 128GB of storage, those action-packed games can really chew through that storage quickly.

More space for entertainment on the go

I don’t travel very often, but when I do need to catch a flight across the country, I like to keep myself entertained on the plane. I subscribe to many streaming services, like Apple Music (through Apple One), Apple TV+, Disney+, Netflix, and more. But you know what I don’t like? Paying for spotty Wi-Fi 35,000 feet above the air. Thankfully, most streaming services let you download media for offline listening or viewing, or you can always just buy it through traditional methods, like the iTunes Store.

When I flew from California to New York earlier this year, I made sure to load up my iPhone with plenty of content to keep myself busy. I’m talking about entire seasons for a few different series, and maybe a movie or two. I may not watch everything on a single flight (maybe on the way back), but I like having options. And since these are downloaded directly on my device, I don’t need to worry about stuttering or other problems that may arise if I was streaming.

Since a season of a show or a movie can be a few gigabytes alone, that quickly adds up. Having only 128GB won’t give you much leeway if you also have a lot of photos or video, as well as apps and games, so 1TB would be the best for lots of local media.

1TB means not ever worrying about storage

I suppose if you don’t use your iPhone 14 Pro to take a lot of pictures and video, don’t download a lot of apps or games, stream everything, and use cloud storage services for accessing files, then sure — maybe you can get by with just 128GB. But if you want to use your iPhone 14 Pro to its fullest, then having more storage, especially capping it out at 1TB, is the best way to go.

This is especially true if you love to take photos and videos with your iPhone, even more so now with the great new 48MP main camera won the iPhone 14 Pro. I honestly just love taking photos with my iPhone 14 Pro, especially of my daughter. Having that much space means I don’t have to worry about missing out on those special moments. The apps, games, and downloaded media — that’s just icing on the cake.

As long as Apple keeps selling a 1TB model of iPhone, I will keep buying it. In fact, I hope someday it goes up to 2TB. It’s just great to never have to worry about running out of space. As of this writing, I have used over 300GB on my 1TB iPhone, in case you were wondering.