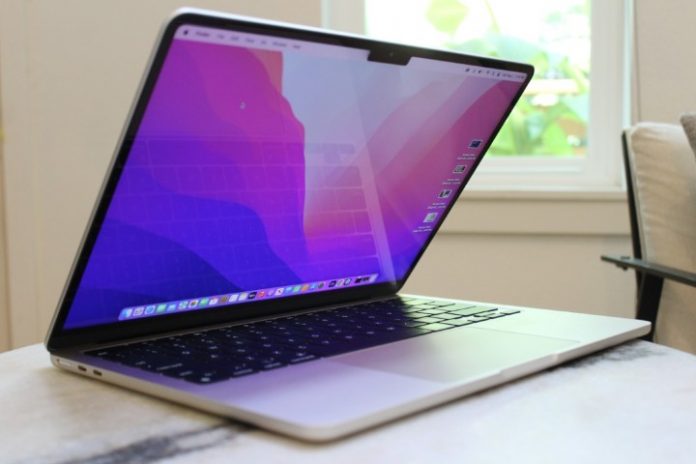 Rumors are swirling that Apple is working on a larger MacBook Air with a 15-inch display. While many of the precise details remain shrouded in mystery, some more solid details have emerged.

In this guide, we’ve rounded up everything we know so far about the 15-inch MacBook Air. So if you want to know what could be coming to Apple’s MacBook Air range, you’re in the right place.

Right now, the consensus regarding the 15-inch MacBook Air’s release date seems to be converging around spring 2023. That’s according to Bloomberg reporter Mark Gurman and display industry expert Ross Young, both of whom have strong records for accuracy when it comes to Apple leaks.

There is a dissenting opinion, though, from Apple analyst Ming-Chi Kuo, who believes Apple might wait until later in 2023 to launch the 15-inch MacBook Air. Kuo’s report included another interesting tidbit: the device might not use the MacBook Air name at all. We’ll get into the whys of that potential decision a little later.

Alternatively, Apple could decide to increase the price of the 15-inch MacBook Air relative to its 13-inch sibling. This is more likely if the larger MacBook Air comes with more advanced features and is not simply a scaled-up version of the smaller model. In that case, it might perhaps start at $,1799, giving it a similar $300 bump over the $1,499 MacBook Air as that model has over the $1,199 entry-level version.

Details are scarce when it comes to the 15-inch MacBook Air’s design, except for one thing: it’s expected to have a 15-inch display. More specifically, the screen is rumored to measure 15.5 inches across diagonally. That’s according to Young, and it’s a slight departure from his earlier prediction of a 15.2-inch display.

However, don’t expect that screen to come with mini-LED or ProMotion tech like that found in the MacBook Pro. It seems Apple considers them to be exclusively pro-level features, so they’ll be absent just like they are in the 13-inch MacBook Air. Instead, the 15-inch Air will likely get the same 500-nit panel found in the current 13-inch MacBook Air.

There are rumors that Apple is working on adding OLED displays to its MacBook Air lineup. However, according to Young, that won’t happen until 2024. Still, it could make a big difference to the MacBook Air if it comes to fruition.

We anticipate many other similarities with the smaller MacBook Air, including a flat chassis, thin bezels, a notch, and a large trackpad. Upgraded speakers, function keys on the keyboard, a 1080p webcam, and a MagSafe port are also expected. Look out for the same range of colors, too. While we expect it to share the same two Thunderbolt 4 ports as the smaller model, the HDMI port and SD card slot found on the MacBook Pro are unlikely to make the leap to the MacBook Air.

When it comes to performance, we can be pretty certain the 15-inch MacBook Air will come with an M2 chip. That’s because the 13-inch model also runs on this chip, and Apple tends to make its MacBooks share the same base-level chip. However, the company could outfit the larger Air with the 10-core GPU version of the M2, rather than the version with an eight-core GPU — it took a similar approach to the M1 Pro chip in the 14-inch and 16-inch MacBook Pros.

There’s a chance the 15-inch MacBook Air could also have an M2 Pro option, as Apple sometimes equips its larger devices with better components. On the other hand, the 14-inch MacBook Pro can get the same souped-up M1 Max chip as the 16-inch model, so that pattern doesn’t always play out.

If the 15-inch MacBook Air does get an M2 Pro chip, it might lend weight to Kuo’s assertion that it might not actually take the name “MacBook Air.” That’s because the M2 Pro chip will likely need a fan to cool it, which the less-powerful M2 chip does not. A fanless design is one of the hallmarks of the MacBook Air, so if it loses that — and offers more power than any MacBook Air before it — maybe the Air name doesn’t entirely make sense.

Regardless, we would expect the 15-inch MacBook Air to have similar memory and storage options to the existing Air. That means 8GB, 16GB, and 24GB choices for memory, and storage that comes in 256GB, 512GB, 1TB, and 2TB flavors.

What we want to see

While the rumors surrounding the 15-inch MacBook Air are thin on the ground, there is room for a little speculation (or perhaps wishful thinking). Despite what has been rumored so far, there are a few other things we would like to see.

We’ve been going on about it for what seems like an eternity, but it would be fantastic if the 15-inch MacBook Air got Face ID. We know Apple is at least considering integrating this into its laptops thanks to a spate of patent filings, but it seems unlikely right now. That’s mainly because the MacBook Pro doesn’t yet have Face ID, and it just doesn’t feel right for Apple to introduce it in a non-Pro laptop first.

Aside from that, we’d love to see support for more external monitors. The 13-inch M2 MacBook Air can only handle one external monitor, but the M1 Pro chip in the 14-inch and 16-inch MacBook Pro models can connect to two. If the 15-inch MacBook Air does indeed come with an M2 Pro chip, perhaps it will also be able to support more than just one external display. If it gets an M2 chip, though? Don’t count on it.