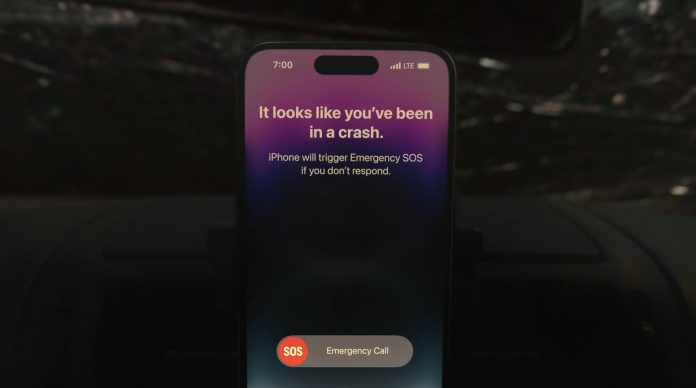 Despite optimizations made in an iOS 16 update in November, the iPhone 14’s Car Crash Detection feature continues to accidentally call 911 when a user may be on a rollercoaster, skiing, or doing other physical activities the device misunderstands as a car crash.

The iPhone 14’s Car Crash Detection feature uses an array of sensors on the device to call emergency services if it thinks a user has been involved in a car crash. Since the feature launched with the new iPhones and Apple Watch models in September, 911 and emergency dispatchers across the United States have noted an influx of calls from iPhone 14 devices that accidentally triggered Car Crash Detection, even though no car crash has occurred.

Amid reports of false calls, Apple released iOS 16.1.2 in November, which it said made “Crash Detection optimizations,” without specifying what the changes were any further. Despite the update’s optimizations, the issue continues to be a problem faced by law enforcement. As reported this week by local news outlet The Colorado Sun, 911 dispatch centers in counties across the state have been witnessing an increase in 911 calls from skiers after their iPhone 14 and newer Apple Watch models misinterpreted ski falls as car crashes.

Last weekend the dispatchers at the Summit County 911 Center fielded 71 automated crash notifications from skiers’ iPhones and Apple watches at the county’s four ski areas. None of them involved an emergency.

Dispatch operators in Grand, Eagle, Pitkin, Routt and Summit counties — home to 12 very busy ski hills — are fielding record numbers of the automated calls from skiers’ Apple phones and watches, tying up emergency response resources. When a 911 call comes in, each call is handled in the order it arrives, so an automated call from a skier’s phone could delay response to a 911 caller with a real emergency.

911 dispatchers are not trained to ignore a call, meaning even accidental calls caused by the iPhone 14’s feature have to be dealt with and resources allocated towards, said Trina Dummer, the interim director of the 911 center in Summit County. “These calls involve a tremendous amount of resources, from dispatchers to deputies to ski patrollers. And I don’t think we’ve ever had an actual emergency event,” Dummer continued.

The accidental calls are putting a strain on emergency centers which have to reallocate resources away from genuine emergencies, especially since 911 calls are taken in order and after each other. “We are absolutely diverting essential resources away from people who need it toward a feature on a phone,” Dummer noted. In Pitkin County, the 911 center is receiving up to 20 of these accidental calls caused by the iPhone 14’s Car Crash Detection feature a day, according to the county’s director.

Loeb usually has one or two operators taking 911 calls and existing emergency calls can be put on hold to field incoming calls from iPhones. While his team has helped fallen hikers and residents whose watches have notified emergency services when they have fallen and need help, so far there have not been any real emergencies from the automated calls coming from the ski slopes.

In one instance at the Vail Police Department in Vail, Colorado, the iPhone 14’s Car Crash Detection successfully called 911 for a real car crash, noted Marc Wentworth, the director of the Vail Public Safety Communications Center, highlighting the feature does have potential to save lives.

In Summit County, the iOS 16.1.2 update did little, if nothing, to address the issue, according to the county’s director. “But we have not seen our numbers change. We are seeing as many as 20 a day, and it’s a tremendous drain on our resources,” said County Sheriff Jaime FitzSimons.

FitzSimons notes he has shared his concerns with Apple with reported responses that the company is aware of the issue, still though, FitzSimons says more is needed. We are communicating with Apple to get them to pay more attention to this, but it feels like we are trying to turn a battleship in a bathtub.”