In 2023, Apple needs to fix its embarrassing 5GB iCloud limit 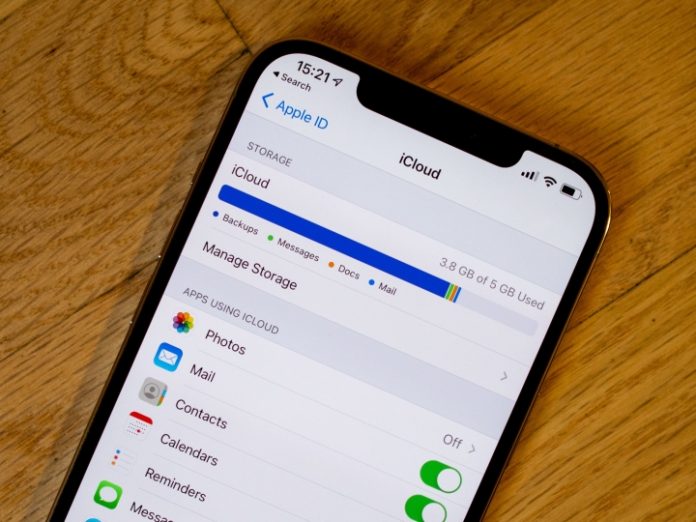 The year is 2030 and Apple has released its first foldable iPhone, the iPhone 21 Pro Ultra Max Fold. You can get up to 4TB of storage, and prices start at $2,500. But you still only have 5GB of free iCloud storage.

Just kidding. Well, about the hardware part. It’s almost 2023, and yes, Apple still only gives you 5GB of storage for free with iCloud. Seriously? There’s no arguing that 5GB is literally nothing these days. It’s shocking how Apple continues to only offer 5GB for free, despite the fact that even competitors offer a little more than that before going to paid tiers. Heading into 2023, it’s time for Apple to bump that up — even just a little bit.

5GB is no longer a realistic number

It’s easy to see the reasoning behind Apple’s stinginess around free iCloud storage: Apple is a business, and it wants to encourage users to pay for iCloud. That’s fine, but I hardly think 5GB is enough for most people to even determine if it’s something they even need or want.

These days, 5GB might not even get you through a vacation if you plan to take a lot of photos and videos to remember your trip. That’s especially true with a device like the iPhone 14 Pro, which is capable of 48MP full-resolution ProRaw photos and ProRes video, with the latter taking up to 6GB of space for just a minute of 4K footage.

One of the most useful cases for iCloud is iCloud backups, which you can transfer to and restore on a new iPhone or iPad. This is how I’ve been backing up my own iPhone data for a few years now. Thankfully, Apple did make a change, starting with iOS 15 and later, to allow users to have unlimited free storage for the sole purpose of backing up their apps and data to iCloud. However, that backup will only be stored for three weeks, so you have 21 days to restore that data to your new device.

While that is a step forward, I still think it’s about time Apple ditches the 5GB free tier and bumpa it up. It’s simply not enough, and if you look at the competition, other companies are far more generous.

Apple’s falling behind the competition

The first major competitor that comes to mind is Google. And yes, Google does give you more free storage than Apple does. Every single Google account has 15GB of storage for free through Google One, though it is shared across Gmail, Google Drive, and Google Photos.

For most people, that may be enough, but if not, Google also offers more storage through its paid Google One plans. You can get 100GB for $2 per month, 200GB for $3 per month, 2TB for $10per month, or 5TB for $25 per month. As you can see, even with the paid plans, you get four options to cover the needs of most people.

Apple, on the other hand, is not only stingy with the free amount, but also with the paid plans too. The cheapest iCloud storage plan is 50GB for $1 per month. The plans escalate from there to 200GB for $3 per month, and 2TB for $10 per month. There’s also the Apple One Premium plan with 2TB of shared storage between up to six people, and you can get up to 2TB of standalone iCloud storage on top of that, going up to 4TB total.

I suppose most people could probably get by with 50GB, so a dollar per month is really not much. But if you need even slightly above that, you have to jump over to the next tier, which is 200GB. It seems that Google offers a reasonable and balanced mix of storage tiers, giving people a bit of leeway with the base level before jumping to the next level.

There are other competitors out there for cloud syncing and backup services, like Dropbox and Microsoft OneDrive, but those also offer terrible amounts of storage for free: 2GB and 5GB, respectively. However, both of these are more for your files and documents (maybe photos and videos if you want another backup method), so I wouldn’t say they fall under the exact same umbrella as iCloud and Google One.

Personally, I pay for Apple One Premium, so I have 2TB of iCloud storage along with everything else in that bundle. But I know elderly family members who constantly get error messages saying that their iCloud storage is full because they’re still on the 5GB free plan, and don’t want to buy more. This is probably more of a software problem versus hardware, as Digital Trends’ Senior Mobile Writer Andy Boxall mentioned in an earlier article. But still, I think Apple could throw everyone a bone and bump up that measly 5GB to something a little more usable, such as Google One’s 15GB, at least.

It took Apple quite a long time to come out with an iPhone with 1TB of storage, so there might be some sliver of hope. I doubt it will increase in 2023, but hey, maybe in five years or so, we can have something more than 5GB of free iCloud storage. Perhaps it’ll be just in time for whenever the iPhone Flip comes out.