HomeNewsI still love my iPhone 14 Pro, but not for the reason...
News

I still love my iPhone 14 Pro, but not for the reason I expected 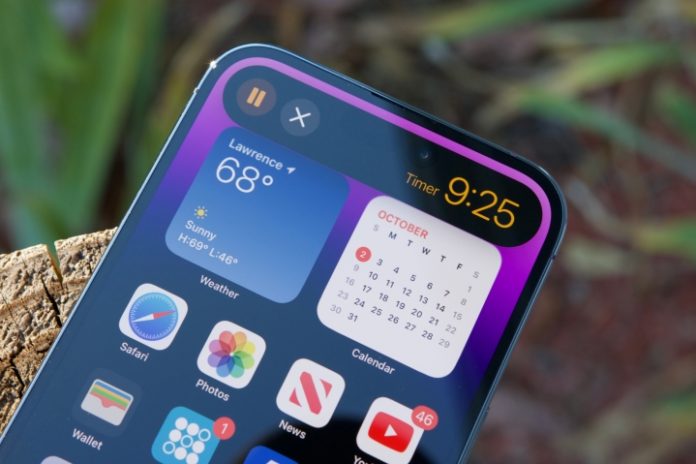 I went with the iPhone 14 Pro this year, as I typically go for the higher-end model for the camera upgrades. How has the iPhone 14 Pro held up for the past few months? I’m still loving it, but not for the reason I initially thought I would.

The Dynamic Island is losing its luster

It’s hard for Apple to surprise people these days, but when the Dynamic Island was shown off during the iPhone 14 event, it was definitely unexpected. A seamless blend of hardware and software, it took the pill-and-hole-shaped cutout to an entirely new level — so much so that even an Android developer copied the idea for Android phones.

This simple-looking notch replacement changes size and appearance based on what you’re doing, hence the word “dynamic” in the name. For example, if you are playing audio from the Music app or even a podcast, the Dynamic Island will show the album artwork and have a small equalizer animation. The Dynamic Island will also show the Face ID animation, the remaining time on timers, turn-by-turn directions, incoming calls, and other things. When you see the Dynamic Island in use, it’s whimsical and delightful.

But it’s been a few months since Dynamic Island has come out, and not a lot of apps have taken advantage of this feature (using the Live Activities API), at least not a lot of the apps I use frequently. Out of all the third-party apps that I have on my iPhone 14 Pro, the only one that really uses the Dynamic Island is Apollo (as well as the standalone Pixel Pals from the same developer). I also have a weather app called Carrot that makes use of the Dynamic Island with precipitation forecasts, but the problem is that I live in Southern California (it hardly rains), and it’s also a paywalled feature. There’s also Flighty, which shows flight information in the Dynamic Island, but I don’t have any upcoming flights planned.

There are apps out there that are making use of the Dynamic Island, but their use cases are very specific. I was hoping to see more apps with Dynamic Island features, but it’s still pretty few and far between. Right now, I still mostly see the Dynamic Island in use with Apple’s native apps and systemwide alerts.

I know it’s only been a few weeks since iOS 16.1 came out, which brought the Live Activities API that’s needed for Dynamic Island support, so it’s still early. But I really hope to see more apps that make use of Live Activities and Dynamic Island (especially since it may be coming to all iPhone 15 models), because right now, it’s just losing a bit of its appea.

I upgrade every year because it’s become a tradition for me, but going from an iPhone 13 Pro to an iPhone 14 Pro feels more iterative than ever. Even though the main camera got a big jump from 12MP to 48MP, unless I’m shooting in full 48MP ProRAW format, I can hardly tell the difference in my normal photos. And when you do shoot in 48MP ProRAW, it’s probably because you want to do some post-editing to the image before printing it out on a large canvas to hang up in the house, right? Maybe, maybe not.

Yes, the iPhone 14 Pro does take better pictures overall than the iPhone 13 Pro, but unless you’re zooming in on every little fine detail, the differences are really negligible — especially for the average person. These days, I’m mostly shooting photos of my one-year-old daughter (if I’m not taking pictures at Disneyland), and to be honest, I am pretty sure I would have been fine with an iPhone 13 Pro — that device still takes darn good photos.

I do like the fact that Apple brought back the 2x telephoto zoom on Portrait mode because only having 1x or 3x made it hard for me to use Portrait mode as a whole. The 2x zoom really hits the sweet spot for portrait images. Still, I’m not sure this alone was worth the upgrade. If I wasn’t in the tech industry and didn’t need the latest and greatest, I think I’d survive without it just fine.

The iPhone 14 Pro display is the real winner

It has taken me time to adjust, but I actually love how Apple has handled the always-on display (AOD) with the iPhone 14 Pro. It will dim your lock screen wallpaper, but you’ll still see the date and time, your widgets (if any), and notifications. This is different from how Android devices handle the AOD, as those usually just have a minimal interface with a black background showing the time and date, notifications, and missed calls.

Apparently, a lot of people haven’t been fans of the AOD on the iPhone 14 Pro, and Apple is rectifying that in iOS 16.2 by giving users options on how the AOD works. I’m glad to see that Apple will be giving us a choice, but I doubt that I’m going to change my always-on settings. I like the fact that Apple did something different after I had been waiting for this feature for years.

But the AOD isn’t the only thing I love about the iPhone 14 Pro display. With the iPhone 13 Pro, I often found it difficult to see my screen when outdoors in bright sunlight. That’s a thing of the past with the iPhone 14 Pro because the display can reach up to 2000 nits peak brightness. I’ve not had any issues with using or seeing my phone when I’m outside, and it’s been glorious. This also makes it so much easier to take photos outside — something that was always so incredibly difficult with previous iPhones.

Though the display wasn’t the main reason I upgraded, it’s proven to be one of my favorite things about the iPhone 14 Pro. Being able to actually use my smartphone without issue while outside? That’s worth the upgrade alone, and I don’t know if I could go back!

Bought for the Dynamic Island and 48MP camera, stayed for the display

I mentioned earlier that I typically upgrade my iPhone every year. This year was no different, and I was really excited about the Dynamic Island and camera upgrades — 48MP is a big jump over 12MP, after all. But it’s been a few months, and those features definitely have less of an impact on me right now than I originally had hoped for.

But I found something else that I really love, and that’s the display on the iPhone 14 Pro. Not just the always-on display, but just the fact that it can reach 2000 nits of peak brightness, making it totally possible to enjoy using the iPhone outside — it’s a game-changer, especially when I’m at Disneyland for photos.

I bought the iPhone 14 Pro because of the Dynamic Island and camera, but I’m staying for the amazing display. It’s an unexpected turn of events, but one I’m also perfectly happy with.