HomeNewsHurry — Best Buy is having a 3-day sale on must-have holiday...
News 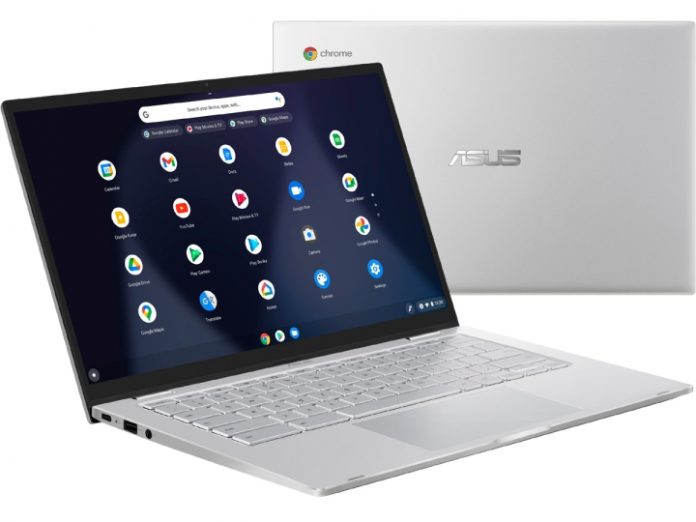 The holidays are fast approaching, so if you aren’t done shopping for presents, now’s probably a good time to finish your list. If you’re not sure what to get — for your loved ones and for yourself — you should check out Best Buy’s ongoing three-day sale, which covers all kinds of products. No matter your budget, there’s surely something from the retailer that will catch your eye. You’ll have to move fast though, as while there may still be some time left on the discounts, there’s no telling how quickly stocks will get depleted. If you see a gift that’s worth buying, don’t hesitate to push through with the transaction.

If you’re looking for Chromebook deals, you’re probably hoping to get a laptop that’s reliable but pretty cheap — just like the Asus Chromebook C425. It’s equipped with the Intel Core m3 -8100Y processor, integrated Intel HD Graphics 5000, and 8GB of RAM — these aren’t top-of-the-line specifications, but they’re more than enough to handle basic tasks such as typing documents, doing online research, and checking social media with the help of Google’s Chrome OS. The operating system, which gives Chromebooks their name, depends on online apps instead of installed software, resulting in performance that’s quick and snappy despite low-end components. The Asus Chromebook C425 also features a 14-inch display with Full HD resolution, and a 64GB eMMC for storage that’s supplemented by its built-in support for Google Drive.

The Fitbit Sense 2 was just released a few months ago, so we didn’t expect it to appear in this year’s Fitbit deals with a significant discount. The smartwatch functions as an accurate health tracker, with the ability to count steps, monitor your heart rate 24/7, and analyze your sleeping habits. Every purchase of the device also comes with a six-month Fitbit Premium membership, which will provide deeper insights and exclusive workouts to help you with your fitness journey. Between the Fitbit Sense 2 and Fitbit Versa 4, another model that was launched this year, the Fitbit Sense 2’s advantages include an ECG app to check for irregular heart rhythm and an EDA monitor that uses your skin temperature to monitor stress levels.

After upgrading your gaming PC, you should also invest in monitor deals for a proper display so that your computer’s power won’t be wasted on an outdated screen. You’ll want to buy something like the HP X32 QHD gaming monitor, which features a 32-inch screen with QHD resolution so that you’ll better appreciate the graphics of your favorite video games, as well as the details of your favorite streaming shows. The monitor also offers a 165HZ refresh rate, which our computer monitor buying guide explains as how often the images on the screen are updated, and support for AMD’s FreeSync Premium technology, which prevents tearing, flickering, and latency issues from ruining your gameplay experience.

The Xbox Series S is the disc-less version of Microsoft’s latest generation of video game consoles, featuring the Xbox Velocity Architecture that enables quick resume, lightning-fast load times, and game play of up to 120 frames per second. The machine serves as a complete entertainment hub because it can also be used to access your favorite streaming services, such as Netflix, Amazon Prime Video, and Disney+. Between the Xbox Series X and Xbox Series S, the cheaper edition of the console is one of the top gaming deals in the market as it provides a more affordable entry point into the world of Xbox, as you’ll be able to enjoy the best Xbox Series X and Series S games, as well as titles that were launched for its predecessors.

The Sony WH-1000XM5 are our top choice among the best headphones, which explains why it always sells out when it appears in retailers’ headphone deals. They feature active noise cancellation that blocks external sound, and they can last up to 30 hours on a single charge. Between the Sony WH-1000XM5 and Sony WH-1000XM4, you shouldn’t think twice about going for the latest version of the wireless headphones because they’re lighter and more comfortable to wear, they come with improved quick charging capabilities, they automatically optimize noise-canceling depending on your environment, and they offer far better call quality.

If a 70-inch TV will fit in your living room, according to our guide on what size TV to buy, then you should consider filling that space with the Insignia F30 Series 4K TV. It’s one of the biggest displays that you can get from today’s TV deals, and with 4K Ultra HD resolution, you’ll be able to watch your favorite shows and movies with breathtaking detail and realistic colors. Like the best TVs, the Insignia F30 Series 4K TV is also a smart TV that’s running on Amazon’s Fire TV platform, granting access to all the popular streaming services. The 4K TV also comes with the Alexa Voice Remote, which will let you use voice commands to control playback, search for content, and switch input sources, among other functions.

Gamers know that gaming PC deals still don’t come cheap, but you’ve still got the chance at savings with offers like this one for the iBUYPOWER SlateMR2010 gaming desktop. Inside its flashy exterior is a machine of substance, with the 12th-generation Intel Core i5 processor, the Nvidia GeForce RTX 3050graphics card, and 8GB of RAM ensuring that you won’t run into any trouble when playing the best PC games. The gaming PC comes with Windows 11 Home in its 500GB SSD, so you can starting installing your favorite games and all their necessary updates as soon as you hook it up to its power supply, monitor, keyboard, and mouse.

If you want portability from your gaming machine, then you should be browsing gaming laptop deals like this offer for the Acer Nitro 5. It’s powered by the 12th-generation Intel Core i5 processor and the Nvidia GeForce RTX 3050 Ti graphics card, plus 16GB of RAM that our guide on how much RAM do you need recommends for gamers. The laptop features a 15.6-inch display with Full HD resolution, so you can enjoy the details of modern games, in addition to a refresh rate of up to 144Hz for fluid gameplay. The Acer Nitro 5 also comes with dual fan cooling, dual intakes, and a  quad-exhaust port design, so that it won’t overheat even after gaming sessions that last for hours.