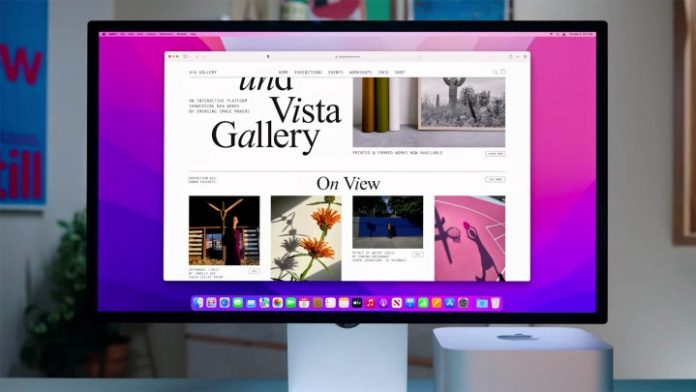 It’s the end of 2022, and that means we’re two years into Apple’s transition to Apple Silicon. It’s been a fairly seamless ride so far, surpassing almost everyone’s expectations. But this year certainly wasn’t a bright spot.

It wasn’t all doom and gloom, but when it comes to the Mac, it ended up being a fairly disappointing year of releases.

Apple started out this year with its spring event, where two notable Mac (or Mac-adjacent) products were announced: the Mac Studio and the Studio Display. The two products were meant to be paired together, of course, and in a sense, replaced the beloved 27-inch iMac.

The highlight of these two products was the M1 Ultra, as featured in the Mac Studio. It remains the most powerful example of Apple Silicon so far, and it’s certainly impressive given the size of the Mac Studio — especially on the graphics front. But the eye-watering prices are hard to justify, especially since the Mac Studio isn’t user upgradeable.

On top of that, there were speaker issues and webcam quality problems at launch, which Apple spent the next months trying to fix. It was as disastrous of a product launch as Apple has ever had, especially considering all the hype around Apple finally returning to the world of consumer-friendly external displays.

The stakes were high for the M2.

The initial M1 launch in 2020 was incredibly promising, and the M1 MacBook Air remains a great purchase even today. The way Apple built on the success of the first wave of products was impressive too, especially with the M1 Pro and M1 Max MacBook Pro. So, in terms of performance, everyone was eager to see how the second-generation chips followed up the M1.

More than that, we all wanted to see what a MacBook Air would look like when designed around the efficiency of these new chips. The M1 MacBook Air and 13-inch Pro, after all, still used an older chassis from the Intel days. Apple certainly impressed with the striking profile of the redesigned M2 MacBook Air, and some of the performance claims were ambitious.

But real-world performance quickly became a point of contention around the M2 MacBook Air and MacBook Pro as the first reviewers got their hands on it. As it turns out, these chips get very hot. I saw my own MacBook Air get as hot as 106 degrees Celsius while running a benchmark. And even the actively cooled M2 MacBook Pro struggled in this regard, waiting an inordinate amount of time to spin up its fans.

But beyond that, there were some serious concerns about the base configuration of these laptops, which were sold with pitifully slow memory. Unlike with the M1 MacBooks, Apple was cutting corners with its SSDs on the 256GB models, using a single NAND chip instead of two. The result was some really poor storage performance, resulting in some tasks being 50% slower on the M2 MacBooks than on the M1 MacBooks. Ouch.

The final problem, of course, was the fact that the M2 MacBook Pro 13-inch exists at all. Rather than redesign a new laptop that creates a different value proposition than the MacBook Air, Apple is continuing to sell this outdated chassis as if it were a new product — only because it’s a product that continues to sell well. I was quick to call it the worst Apple product of the year, and I stand by that.

Perhaps the most disappointing aspect of the Mac was what wasn’t announced. There were lots of Macs rumored to launch at the end of 2022, including updates to the MacBook Pro, which are now rumored to launch in the spring of 2023. It’s more than just some updates that didn’t line up with early reporting though.

After all, there were two important products still missing from the supposed two-year transition to Apple Silicon. The Mac Pro is the obvious one, which Apple has acknowledged by name. According to the latest reports, it’s been delayed and may end up being a lot less powerful than we all thought.

The product that Apple has seemingly ignored altogether, though, is the 27-inch iMac. Apple seems to think that the Mac Studio and Studio Display replace the larger iMac, but we haven’t forgotten. The venerated 27-inch iMac remains a gap in the lineup, and Apple doesn’t currently have plans to replace it.

While the Mac Pro and 27-inch iMac will undoubtedly come eventually, their absence has been felt in 2022 — a year that has seen Apple struggle to continue the success of its Apple Silicon Macs.

All that leaves a lot in store for 2023, though, so here’s to hoping that Apple is saving some aces up its sleeve to make up for this year.