Apple to use Made-in-America chips for iPhones and Macs 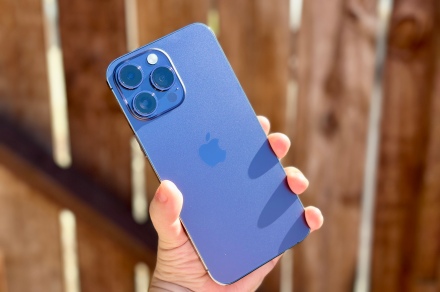 Apple chief Tim Cook has confirmed that the tech giant has inked a deal to buy “Made in America” chips for its iPhone, iPads, and Mac computers.

The chips will be manufactured at a new facility in Arizona owned and operated by Taiwan Semiconductor Manufacturing Company (TSMC), which already produces chips for many Apple devices, CNBC reported.

Cook made the announcement at an event in the Grand Canyon State on Tuesday, which was also attended by President Joe Biden.

“Thanks to the hard work of so many people, these chips can be proudly stamped Made in America,” Cook said, describing the development as an “incredibly significant moment.”

The Apple CEO continued: “Today is only the beginning. Today we’re combining TSMC’s expertise with the unrivaled ingenuity of American workers.”

Commenting on the news, Biden said: “Apple had to buy all the advanced chips from overseas, now they’re going to bring more of their supply chain home,” adding that the move to use Made-in-America chips “could be a game-changer.”

TSMC will invest $40 billion in two Arizona plants, with the the first one in Phoenix aiming to come online in 2024, and the second one firing up two years later. The project is partly subsidized by the U.S. government via the CHIPS and Science Act, which is geared toward encouraging semiconductor manufacturing in the U.S.

As CNBC notes, many in the tech industry fear that an effort by the Chinese to invade Taiwan to enforce its “One China” policy will have serious consequences on the ability 0f the Asian island — a giant when it comes to chip manufacturing — to continue an uninterrupted supply of the component to the global market. Strict zero-COVID policies have also impacted tech manufacturing facilities in China, causing Apple to inform customers of longer-than-expected wait times for the iPhone 14 Pro and iPhone 14 Pro Max handsets this holiday season.

Shifting some of its operations from Asia to Arizona allows TSMC to continue its work as a major supplier if the situation in Taiwan takes a turn for the worse. Although TSMC’s U.S. facility will only be producing a fraction of the manufacturer’s global output, its targeted production level of 600,000 wafers per year is believed to be enough to meet U.S. demand.

In a similar move to increase chip-making production on U.S. soil, American tech giant Intel is also building factories in Arizona and Ohio, with the company also aiming to count Apple as a customer.

Facebook
Twitter
Pinterest
WhatsApp
Previous articleiPhone 14 Pro Supply Remains Heavily Constrained Ahead of the Holidays, But Other Products Available
Next articleApple to use Made-in-America chips for iPhones and Macs