HomeNewsAll the products that Apple didn’t announce in 2022
News

All the products that Apple didn’t announce in 2022 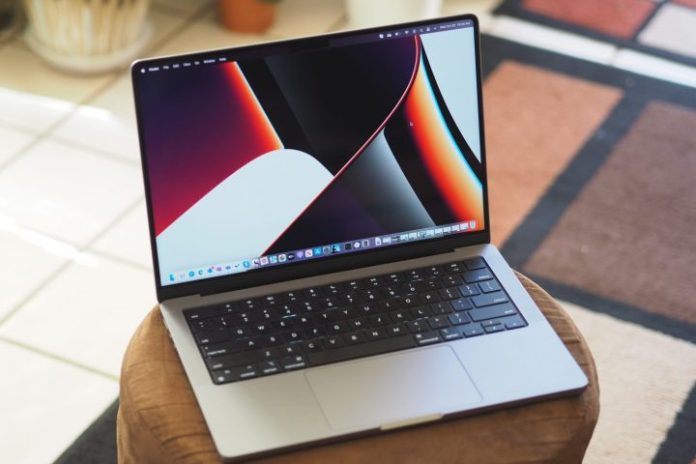 This year has been an undeniably busy one for Apple. The company released a huge number of products in 2022, from updates and refreshes to totally new products never seen before. Yet, despite the flurry of devices, there were still plenty of absences in the lineup.

That’s right, even with all the Apple products that came our way, there were a few rumored devices that were nowhere to be seen. If you’ve been wondering what happened to the Mac Pro or the iPhone 15 mini, you’re in the right place. Here’s everything Apple didn’t announce in 2022 — and our best guess for when they may make an appearance.

Sure, Apple updated the MacBook Pro to get an M2 chip over the summer, but there was a big catch — it was only the 13-inch MacBook Pro with an old chassis that got the new chip. If you wanted a more powerful M2 Pro or M2 Max chip, or a more modern version of Apple’s 14-inch and 16-inch laptops, you were out of luck. The M2 Pro and M2 Max versions of the MacBook Pro were nowhere to be seen.

However, Bloomberg’s Mark Gurman has predicted that Apple will launch new 14-inch and 16-inch MacBook Pros in early 2023. That could mean they make an appearance at Apple’s traditional spring event, or they might just be released with a simple press release.

Either way, the delay makes sense. Not only does Apple have to contend with COVID-related production slowdowns, but the high-end versions of the M1 chip (the M1 Pro and M1 Max) launched after the entry-level M1, so a similar pattern makes sense for the M2. For now, we’ve got a little longer to wait.

The Mac mini was last updated in 2020 when it got the M1 chip, and while it’s still a superb Mac, it could really do with an M2 upgrade. For one thing, other Macs have been stepped up to this chip, so it’s about time the Mac mini joined them.

For another thing, there’s still no high-end Mac mini with an Apple silicon chip. That’s right, Apple is still selling an Intel-equipped Mac mini as the option for people who need a more powerful machine. Not only is this processor outdated and far less efficient than Apple’s own chips, but it sends the message that if you want a more powerful Mac mini, Intel is your best option. Apple can’t be happy with that.

The problem, of course, is that M2 Pro and M2 Max chips are apparently not yet ready. Once they are, we will almost certainly get an M2 Pro Mac mini. That, though, doesn’t seem likely until 2023 now.

Apple rarely teases its products before they are ready — the bad memories from the AirPower debacle all but guarantee that — but it did just that at its Worldwide Developers Conference event in June 2022. At the show, Apple Vice President John Ternus explained that the Mac Pro was the only Mac yet to get an Apple silicon chip, but that topic was “for another day.”

Ever since then, tongues have been wagging about when Apple could update the Mac Pro with a new, ultra-powerful chip. Rumors have been flying about a new “M2 Extreme” chip designed specifically for the Mac Pro, alongside speculation about what could happen to the computer’s modular design.

And if we get a new Mac Pro, odds are we’ll get a new Pro Display XDR as well. Despite its prowess and performance, the Pro Display XDR has an LCD panel, which feels a tad overshadowed by the mini-LED displays in the latest MacBook Pro. We could see that change when the monitor and the Mac Pro get updated, but that’s also something for 2023.

Over the years, the iPhone has gotten larger and larger, which often prompted calls for Apple to bring back an option for people with smaller hands. Apple acquiesced with the iPhone 12 mini, which was updated when the iPhone 13 line came out. However, these phones apparently did not sell well, so there were question marks over whether there was much demand for the miniature iPhone.

The answer was a resounding no, as the iPhone 14 lineup ditched the mini and replaced it with an iPhone 14 Plus. If you want a smaller iPhone, you have to get the iPhone SE, but that’s less than ideal since it makes a bunch of sacrifices to meet its lower price target. While some people might have been hoping for an iPhone 14 mini, there seems to be little hope for the small-scale phone going forward.

A rendering of the potential Apple headset by The Information.

Apple’s virtual reality (VR) headset is, along with the Apple Car, one of the worst-kept secrets in Silicon Valley. Its rumored release date has been pushed back more times than we can count, and it looks like it’s going to miss the 2022 launch window as well.

The most obvious reason why it still hasn’t seen the light of day is that, as a totally new product category for Apple, the company wants to make sure everything is just right before releasing it. After all, the rumor mill claims Apple’s headset will offer some incredibly high-end features, and those need time to be perfected.

But with the Meta Quest Pro out in the open, the ball is in Apple’s court. Apple analyst Ming-Chi Kuo has predicted Apple could hold an announcement event in January 2023 where the headset will be unveiled, with a shipping date of the second quarter of 2023. Production is also rumored to start soon, suggesting a launch isn’t too far off. With 2022 looking unlikely, though, 2023 is the date to enter in your diary.

Aside from everything we’ve discussed so far, there are a few more products that Apple passed over in 2022. A launch date this year was always unlikely for these devices given the lack of solid rumors, but they could surface some time in 2023.

Let’s start with the iMac. It feels like a new iMac Pro has been rumored almost ever since the last model was discontinued in 2021. Both Kuo and Gurman have suggested a larger, more powerful iMac could launch in 2023, with the latter part of the year more likely. We could also see a refreshed 24-inch iMac, given the last one was released in spring 2021.

The iPad mini was also last updated in 2021, so could get a spec bump in 2023. Don’t count on it for 2022, though — that’s just too soon considering how recently it was last refreshed. The previous update came in 2019, so a two-year release cycle doesn’t seem outlandish.

The AirPods Max headphones date back to 2020, which could make a 2022 update seem feasible. But there has been a distinct lack of rumors surrounding this possibility, so don’t be surprised to see the next version wait until 2023.

Finally, what about MagSafe accessories? Many of these haven’t been updated since they first launched, and several — including the MagSafe Battery Pack and the MagSafe Duo — barely fit on the latest iPhones. They could really do with an update to improve the user experience.

Facebook
Twitter
Pinterest
WhatsApp
Previous articleI still love my iPhone 14 Pro, but not for the reason I expected
Next articleThis 15-inch Dell laptop is just $250 today, but it’s selling fast