With swappable battery packs, this power station lets you take your juice to go 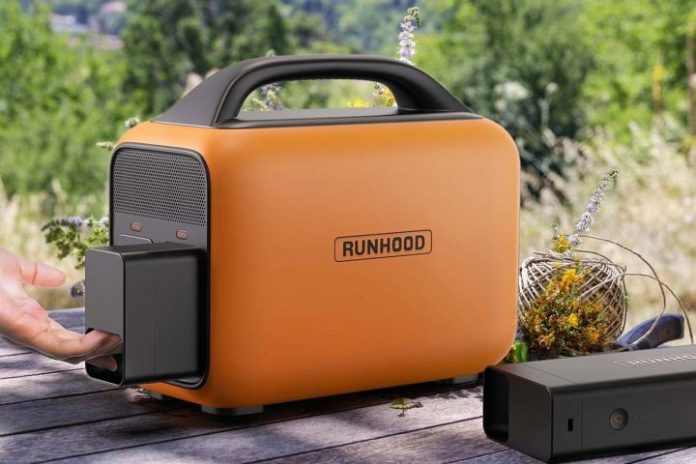 The real kicker is that the two 324-watt-hour battery packs themselves can be popped out the back of the housing so you can take them with you on the go. You need to swap a cap onto the end that was making contact with the power station, but that module has four USB plugs to handle whatever needs charging.  An AC module is available as well.

Usually, portable power stations require everyone to huddle around them to plug in their devices. While this does create an impressive mechano-octopus with wiry limbs capped with personal electronics, being able to take a fully charged mobile battery with you is a lot more productive.

It’s easy to see how something like this would be useful when you’ve got a team out in the field, and they need to scatter to different areas during the day. Different groups can grab their own battery pack to keep their devices going without being tethered to a large power station at base camp. You can pick up extra battery packs and have a regular rotation if demand is high. Sure, you could do the equivalent with other power stations charging loose backup batteries, but that’s using up your inputs and isn’t as seamless.

The Runhood Rallye 600 is available now on its own, or as a package with two battery packs, four battery packs, or four battery packs and a solar panel. If you’re in the market for this sort of thing, be sure to take a look at our roundup of portable power stations that are perfectly-suited for camping and off-grid adventures.

How to use LibreOffice as a PDF editor

How to add fonts to LibreOffice: a step-by-step guide

How to convert Apple Numbers to Excel

With swappable battery packs, this power station lets you take your juice to go