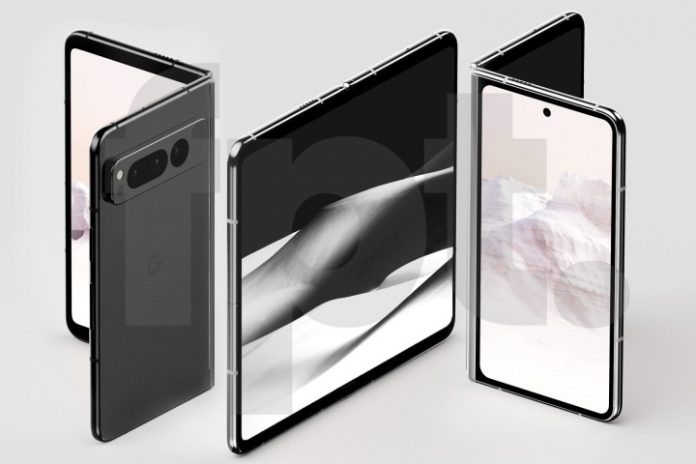 We have been hearing murmurs of a foldable Pixel phone codenamed “Felix” for a while now. Yesterday, leaker Jon Prosser dropped alleged renders of the upcoming phone, which looks like a Pixel 7 Pro in the garb of an Oppo’s Find N foldable. The design looks neat, and the profile is your Pixel 7 Pro affair.

The Pixel Fold will reportedly cost a handsome $1,799 and is said to arrive in May 2023, likely tagging alongside the Pixel 7a at the next Google I/O conference. But what worries me is why Google is making a foldable Pixel in the first place. And so far, I haven’t managed to wrap my head around it.

The curse of the Pixels

Google’s Pixel phones have cultivated a solid reputation for offering the best Android experience out there. And, of course, great cameras. But they’re also notorious for issues ranging from terrible battery life and software woes to poor thermal management and connectivity problems.

The Pixel series finally achieved what it was destined for from the start — that is, embodying the iconic Nexus formula — with the Pixel 7 series. The positive reception has been reflected in the sales figures, too.

“We recently had our highest selling week ever for Pixel, and I’m really proud of the positive reviews so far,” Alphabet CEO Sundar Pichai said during the company’s third-quarter 2022 earnings call a few weeks ago. Digital Trends’ reviews of the Pixel 7 and its Pro variant back up the claims of Google finally making a good Android phone.

And that begs the question — why a foldable phone? Despite its best ambitions, Google has never really nailed its Pixel phones. It took seven generations to finally make a Pixel phone that I can recommend to buyers without warning them of any major caveats.

Foldable phones are notoriously difficult to master compared to regular phones. Just take a look at Samsung and its botched first-generation foldable phone. Despite all the billions in its coffers, oodles of talent, years of research, and the world’s most advanced display tech division, Samsung faltered in its first attempt.

It took the company a couple more generations to strike a balance between durability, design, and practicality. Expecting Google to land a bullseye with its first foldable phone — especially with the tainted history of Pixels — would be ignorant, at best. And foolish, at worst.

Then there’s the eye-watering asking price of $1,800. Irrespective of how good the phone turns out to be, it’s still very much a first-gen Pixel phone of its kind, which in itself is a deterrent. Plus, it will have a hard time one-upping Samsung’s own next-gen foldable phone.

A screenshot of Android 12L running on a larger display. Google

Pixels are known for their no-bullshit pure Android experience with a garnishing of exclusive features and a promise of long-term software support. It won’t be surprising to see Google offering some exclusive tablet-centric features and UI tricks on its first foldable phone.

However, in doing so, Google will further widen the gulf between the “boring” Android experience that it offers to smartphone makers and the “best” version that it keeps exclusive to Pixel phones. Google’s situation is tricky because it is a smartphone brand as well as the maker of an operating system that it needs to evolve every single year with OS upgrades.

If Google goes all in on developing exclusive Android experiences for its Pixel phones — both foldable and regular — it risks slowing down the pace of innovation for Android as an operating system. The onus will now fall on smartphone brands to create their own custom experiences. In either situation, Android, as a whole, will stagger behind iOS in feature development.

Yes, Pixels are great phones, but Google doesn’t rely on phone sales to stay afloat. Instead, they serve more like a platform to showcase the best that Android has to offer. But over the past few years, more and more features have been locked to Pixel phones, and not every Android smartphone user is happy about it — especially folks spending serious money on a flagship.

After all, why spend a thousand dollars on a Samsung or OnePlus phone and still not have the same add-on features as the Pixels? Meanwhile, a $999 iPhone offers the best of iOS without any caveats. But here’s the tricky part.

Google will have to create those exclusive software experiences to help its foldable phone stand out since it is going straight against Samsung’s own foldable phones, which are currently the gold standard in the industry. Obviously, at $1,799, Google’s Pixel foldable better stand out in every way it can.

Trying to beat Samsung at its own game

Then there’s the challenge of actually beating Samsung. It would be unwise to imagine that the Google phone’s hardware — especially the foldable screen and hinge tech — will be superior to Samsung Galaxy Z Fold 4 or its successor. Samsung has spent years refining everything from the battery life and thermals to the durability aspect.

Then there’s the firepower problem. The second-gen Tensor chip is still not as powerful as Qualcomm’s best chip inside Samsung’s foldable, and it’s far behind Apple silicon. It would be nigh impossible for the foldable Pixel to match those standards, let alone dream about surpassing them.

That leaves the software as the only area where Google can compete, but that too won’t be easy. Why? Samsung’s One UI 5 has supercharged the large-screen experience on its foldable phones. Either way, Google will have to create a vastly superior Android experience that is exclusive to its foldable Pixel if it hopes to sell a $1,799 phone.

In the end, Android as the software ecosystem will become divided, more so than ever, between a bland experience served by other brands and a fancy version that is only available with Pixels. Call it gatekeeping or whatever term you can think of, but it’s not a good picture to imagine from an Android loyalist’s view.

The Pixel Fold – or whatever Google ends up calling it – will definitely heat up the competition in the segment, which is always a good thing, both for innovation and customers’ wallets. But right now, it appears to be a risk that won’t only hurt Google, but also the phone ecosystem around it.

Facebook
Twitter
Pinterest
WhatsApp
Previous articleROG Rapture GT-AXE16000 review: It’s fast as heck, but does anyone really need it?
Next articleApple users can now use Emergency SOS via satellite on iPhone 14
- Advertisment -