HomeNewsWhy I don’t want to stop using the brilliant (but risky) Pixel...
News 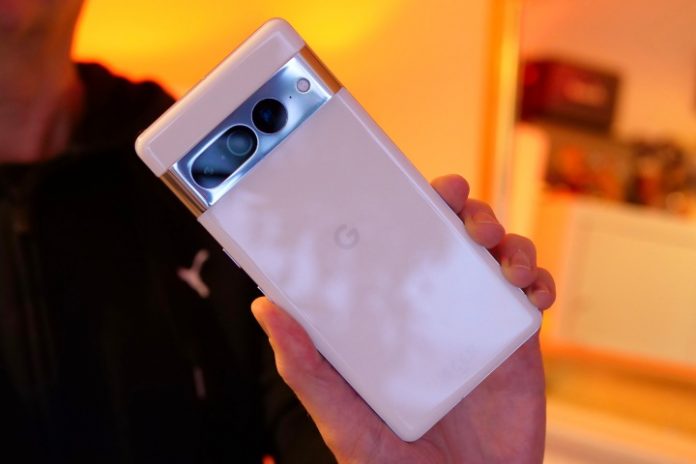 Today’s the day I have to take the SIM card out of my current phone and put it into a different device. This happens regularly and, for the most part, I’m indifferent to it. But sometimes I enjoy using a phone so much I don’t want to change my SIM card. Today is one of those days.

The phone I’m going to leave behind is the Google Pixel 7 Pro, and it has been brilliant over the past 21 days. But others have not been so lucky, making the phone a bit of a risk. Here’s why I’m finding it hard to let go.

I reviewed the Google Pixel 7 a few weeks before trying the Pixel 7 Pro, and although I had no major problems with the latter phone, it wasn’t perfect. However, my woes were nowhere close to the issues Digital Trends’ Mobile Editor Joe Maring had with his Pixel 7 Pro — and he wasn’t the only one judging by online comments and other reviews. I was quietly smug about my mostly fine Pixel 7, but was slightly more concerned about the Pixel 7 Pro. Would it be a disaster?

There were three main areas of concern for me. The first was battery life, the second was bugs in Android 13, and — finally — there was the effect that both of these would have on overall performance. I’m going to address each of these in turn, but first, you should know a little about my phone usage. I don’t really play games, and I mostly have my phone connected to Wi-Fi during the working week. I use various apps, including messaging and social apps, browse with Chrome, make calls, connect to Bluetooth, take photos with the camera, use Google Maps for navigation, and reply to emails.

On average, my screen time (according to Digital Wellbeing) is between three and five hours each day. There have also been various days during my time using the Pixel 7 Pro where it has been connected to either a Galaxy Watch 5 or a Google Pixel Watch, or even both at the same time. I think it’s fair to say that while I haven’t pushed the phone when it comes to gaming, it does work pretty hard on a daily basis. Yet despite this, the battery has consistently lasted me two full days.

I can’t recall a single time where the battery has given me anxiety or where I was forced to give it a quick boost to ensure it made it through the second day. There have been multiple days where the battery still has 60% remaining when I go to bed (so it used 40% from around 8 a.m. to midnight). And even on the days with more than five hours of screen time, it hasn’t been below 20% at the end of my day. The Pixel 7 Pro’s battery life hasn’t just been acceptable — it has been exceptional, and right from the start too.

I had some concerns about system stability on the Pixel 7 Pro and wondered if Android 13 or any apps would be buggy enough that I couldn’t get things done. As it turns out, Android has been very reliable, and I haven’t noticed any serious problems with apps either. The phone hasn’t crashed, I haven’t had to repeatedly restart it to cure problems, nor have I uninstalled and reinstalled any apps due to frustrating bugs. It’s a very different experience from Joe’s with his Pixel 7 Pro.

Does that mean the Pixel 7 Pro has been faultless? No, unfortunately not, but the problems I’ve encountered have been different from those of  other people. The main problem I’ve faced is with connectivity and call performance. The Pixel 7 Pro has poor Wi-Fi range compared to other phones I use and regularly drops the signal while other phones (such as the iPhone 14 Pro) on the desk next to it happily connect. Bluetooth connectivity is also flaky, with repeated drops and an annoying failure to connect at all in some situations.

Calls also appear to be affected by all this, with the Bluetooth connection often being interrupted during a voice call. There have been some mystery dropped calls too, potentially due to switching from voice-over-Wi-Fi to the network when the Wi-Fi signal fails. I’ve also had situations where the phone tries but fails to connect a call, something that’s only solved with a restart.

These connection problems are the most serious issues I’ve had with the Pixel 7 Pro, and while unacceptable, they don’t happen all the time, so it becomes easier to forgive them when they do.

Everything that makes it special

Connectivity-related bugs are very annoying, but it hasn’t stopped me from loving the Pixel 7 Pro. It won’t come as a revelation, but the camera really is fantastic, and it hasn’t failed me in any situation yet. A big part of this is the simple-to-use, yet incredibly versatile editing suite inside Google Photos, where I can tweak photos until they look exactly the way I want. The downside of the Pixel 7 Pro is its basic selfie camera and the lack of editing features related to selfies — it’s missing options fouund even in the outdated Snapseed app.

But it’s not just the camera that has made me fall for the Pixel 7 Pro. I think the design is superb, and the choice of materials is spot-on. It’s immediately recognizable as a Google Pixel phone, its shape is just right and the weighting correct. It never feels ungainly or awkward, and I prefer the curved sides of the screen on the Pro to the flat Pixel 7. Outside of the special photo-editing features, I like the auto-translate features that work on YouTube and even in messaging apps like WhatsApp — plus the cleanly designed and customizable Android 13 software.

The Pixel 7 Pro has exceeded my expectations regarding battery life and stability, the camera is as brilliant as everyone says it is, and the overall everyday usability is — for the most part — excellent. Even with the connectivity problems that do sometimes arise, it has become a firm favorite for the year, and I know that as soon as I have the chance, my SIM will be back inside this [hone. But the fact I’ve had such a positive experience while others have not drives home the riskiness of the Pixel, as there’s still a chance your own phone may end up being like the one we reviewed. And that’s not a welcome thought at all.

This portable Windows laptop is $89 for Black Friday (seriously!)

Great for students, Walmart’s $99 laptop Black Friday deal is back