HomeNewsWhy GPS is critical to your smartphone — and desperately needs an...
News 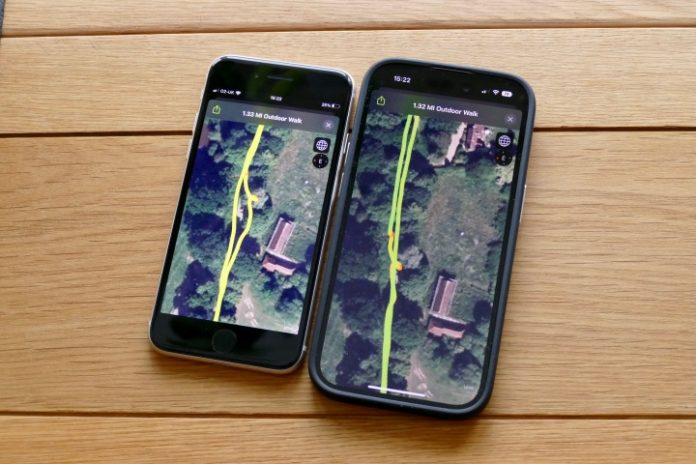 Most modern technology, including smartphones, runs on GPS. But the system might be more vulnerable to failures than you think. The U.S. lacks backup geolocation technology, meaning outages or interference could be catastrophic. Russia has threatened to destroy GPS satellites, and recently faulty GPS signals temporarily closed a Dallas airport.

Thankfully, companies are stepping in to help guard GPS. NextNav recently signed a deal to provide new technology called TerraPoiNT that serves as a backup for GPS, using existing LTE and 5G networks. “TerraPoiNT’s signal is over 100,000 times stronger than GPS, and its signal encryption makes it more resistant to jamming and spoofing,” Ganesh Pattabiraman, NextNav’s CEO, told Digital Trends in an interview. It’s an intriguing stat — and a glimpse of how we can (and should) safeguard GPS.

Why GPS is so important, and so fragile

GPS provides positioning, navigation, timing services as well as location services for mobile phones. Its widespread availability has made it a global utility integral to industries and infrastructure, ranging from the electrical grid to 911 emergency services to financial transactions. But, Pattabiraman said, the system is “incredibly vulnerable” to interference — including jamming and spoofing.

Sam Brown, a professional radio engineer who runs a radio frequency blog at OneSDR, said in an interview that GPS communication receivers are often disrupted using easy-to-obtain and cheap jammers.

“A jammer will emit a signal that interferes with signal reception, and as a result, the GPS receiver will not be able to provide location information,” he added.

In one recent example, problems with GPS signals led to flights being grounded at Dallas/Fort Worth International Airport. The problem was traced to a mysterious source of interference and closed the airport for two days.

Potential foreign interference is another issue. Russia has bragged that it can take out the satellites that provide our GPS.

“An incident like a major solar flare or damage to commercial satellites could potentially knock out numerous essential services that we rely on every single day,” Pattabiraman said. “That’s why the U.S. federal government has recognized the importance of implementing PNT alternative technologies to ensure GPS resilience, including through an executive order to “engage the public and private sectors to identify and promote the responsible use of PNT services.”

Alex Damato, acting executive director of the GPS Innovation Alliance, an industry group, said in an interview that his organization maintains a technology-neutral stance when it comes to backup GPS solutions.

However, he said, GPSIA agrees that “the best strategy for achieving resilient PNT service is to pursue multiple technologies to promote diversity in the PNT functions.” It is also essential that backup solutions are able to offer equivalent capabilities and a level of performance on par with GPS technologies and are driven by the PNT requirements of each industry sector rather than government mandates.

A problem decades in the making

Part of the problems with GPS stems from its design as a relic of the Cold War. GPS was designed for military use in conflict areas where civilian networks were not available — shooting rockets a thousand miles through the upper atmosphere or helping carriers full of airplanes cross the ocean, Tim Sylvester, founder and CEO of Integrated Roadways, said in an interview. It was never intended to help navigate pedestrians and vehicles in peaceful urban areas.

“This mismatch in design versus use means that GPS has several significant flaws, such as low accuracy and high latency,” Sylvester said. These challenges are a product of the GPS signals coming from satellites thousands of miles away, and the drawbacks are a consequence of physics that cannot be fixed.”

GPS has its drawbacks when it comes to a new generation of self-driving cars. The low accuracy of GPS means that you can’t effectively use it to know what lane someone is in, which is a big problem when driving, and high latency means that your position information gets worse when you’re moving quickly, which is also a big problem when driving, Sylvester said. Because GPS is coming from thousands of miles away, in urban areas with lots of tall buildings, the accuracy is even worse because the tall buildings block satellites that aren’t in the exact right position to transmit past the buildings.

“These limitations are completely at odds with using GPS for connected and autonomous vehicles, which requires high accuracy, low latency, and reliable operation in dense urban areas, seeing as how dense urban areas are where all the traffic is,” Sylvester said. “Like newspapers were replaced with online news, GPS was a great stepping stone, but it’s time to move past it. In fact, most apps already disregard GPS and quietly substitute it for alternatives like Bluetooth, but this is usually hidden from the user because what the user cares about is a good service, not how they get it.”

The coming wave of autonomous vehicles may require a better location system. Sylvester said the most promising alternative to GPS for connected and autonomous vehicles is called APNT. PNT stands for “position, navigation, telemetry.” Depending on who you ask, the “A” may stand for assisted, augmented, assured, alternative, or other near-synonyms terms.

APNT is built into the local infrastructure, including cell antennas, Bluetooth beacons, Wi-Fi, or other “alternative” means to position, navigate, and receive vehicle telemetry.

“These methods have been cobbled together over the last 15 years using a combination of smartphone components and readily available communications methods, and while they’re great for tourists roaming Market Street or Times Square trying to track down a sandwich that’s less than $30, their ad hoc nature means they can’t be relied on for autonomy,” Sylvester said.

Integrated Roadways has been developing Smart Pavement, which builds the APNT capabilities directly into the road, using high-accuracy in-road sensors, and supported by an ultra-low-latency edge network, “so that any road upgraded with Smart Pavement has all the APNT capabilities needed for connected and autonomous vehicles built into the roadway and designed from the ground up as a reliable, safe, secure, industrial-quality network providing the features required by next-generation mobility demands, ” Sylvester said

Where do we go after GPS?

NextNav’s system isn’t the only option as a GPS backup. Max Perez, the vice president of research and security Solutions at ColdQuanta, said in an interview that Quantum Positioning Systems (QPS) have the potential to serve as an alternative to GPS. Quantum properties power the positioning system, and unlike GPS, QPS does not require ongoing calibration with outside signals to run.

“A QPS only needs to know its starting point to function and is able to calculate how fast it has traveled, for how long, and in what direction to determine its current position,” Perez said. “Quantum Positioning Systems (QPS) would augment GPS throughout the world as it offers significantly improved navigation security. Use cases for QPS include navigation for aircraft, submarines, autonomous cars, and more. Benefits of QPS over GPS include accuracy, no reliance on satellite, indoor usage, and less vulnerability to hacking.”

Damato said the GPS industry is innovating rapidly, developing solutions that make GPS more precise and resilient. These solutions include GPS receivers, the satellites that deliver these GPS signals, and the ground control segment that tracks and monitors GPS performance.

“A major modernization of the GPS constellation is well underway, which, when completed, will deliver dozens of new satellites providing significantly greater accuracy and increased anti-jamming capabilities,” he added.

Google Messages reportedly allows users to react with any emoji

Honor announces new MagicOS 7.0 with the release schedule for its older devices